Did You Have a Brandeis Moment Today?

Though you might not know it, you likely had a Brandeis moment today! The University touches your life in ways you may not even realize.

Do you watch ABC’s hit show “Scandal“? Tony Goldwyn, ’82 stars in the role of President Fitzgerald Grant, the love interest of heroine Olivia Pope (Kerry Washington). Goldwyn is also known for his performance in the movie “Ghost”, alongside Demi Moore and Patrick Swayze.

Did you ask Siri for directions today on your iPhone? Co-developer Adam Cheyer graduated from Brandeis in 1988. The idea for Siri was born in Professor Timothy Hickey’s Logic Programming class.

Do you follow football? Have you watched Tom Brady and the New England Patriots recently? Patriots owner Robert Kraft generously supports the Myra Kraft Transitional Program at Brandeis. The program provides financial assistance and opportunities for personal development to students who might not otherwise be able to attend Brandeis. The late Myra Kraft graduated from Brand

If you spread Smart Balance on your bagel this morning, you were starting your day with Brandeis. The patented Smart Balance spread, which increases good cholesterol and improves the ratio of good-to-bad cholesterol, was developed at Brandeis by Professor K.C. Hayes and his research team. Members of the Brandeis family affectionately refer to it as “Brandeis Butter”.

Brandeis is all over prime-time television. Do you tune in to NBC’s “Mysteries of Laura“, which stars Debra Messing ’90? Previously, Messing worked with TV producer and writer Theresa Rebeck ​MA ’83, MFA ’86, PhD ​’89, on Rebeck’s TV show “S

If mystery dramas are not your thing, maybe you’ve seen “The Good Wife​,” staring Julianna Margulies. Director Rosemary Rodrigues graduated from Brandeis in 1983.

Have you heard of the critically acclaimed feature film “Spotlight?” ​It tells the story of The Boston Globe investigative team that uncovered the Catholic Church child abuse scandal in 2002. Michael Sugar ’95 ​is one of the producers. 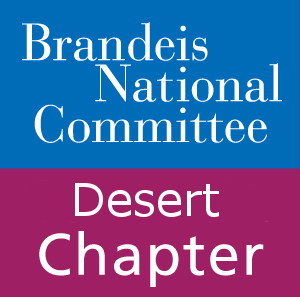