A key event leading to the synthesis of a eukaryotic messenger RNA  is the assembly of a pre-initiation complex (PIC) on promoter DNA near the transcription start site.  The PIC contains RNA polymerase II (pol II) plus general transcription factors TFIID, TFIIA, TFIIB, TFIIF, TFIIE, and TFIIH.  PIC assembly is enhanced by binding of transcription activator proteins to separate DNA sites called upstream activating sequences (UAS) or enhancers, but the dynamic mechanisms by which activators at other sites control PIC assembly has been unclear.  In this paper, Inwha Baek (from the Buratowski lab) and Larry Friedman (from the Gelles lab) defined this mechanism using multi-wavelength single-molecule fluorescence microscopy.  The experiments used budding yeast nuclear extract with fluorescently labeled proteins and the strong artificial activator protein Gal4-VP16.  The investigators found that, unexpectedly, pol II and often TFIIE and TFIIF were not recruited directly to the promoter.  Instead they first bound via the activator to the UAS and were then subsequently transferred, likely as a pre-formed complex, to the promoter.  This work gives new insight into how messenger RNA synthesis is regulated to switch genes on and off in eukaryotic cells.  It also suggests how multiple pol II molecules may be poised at UAS sequences ready to transcribe an adjacent gene, which may explain some of the “bursts” of transcription detected in living cells. 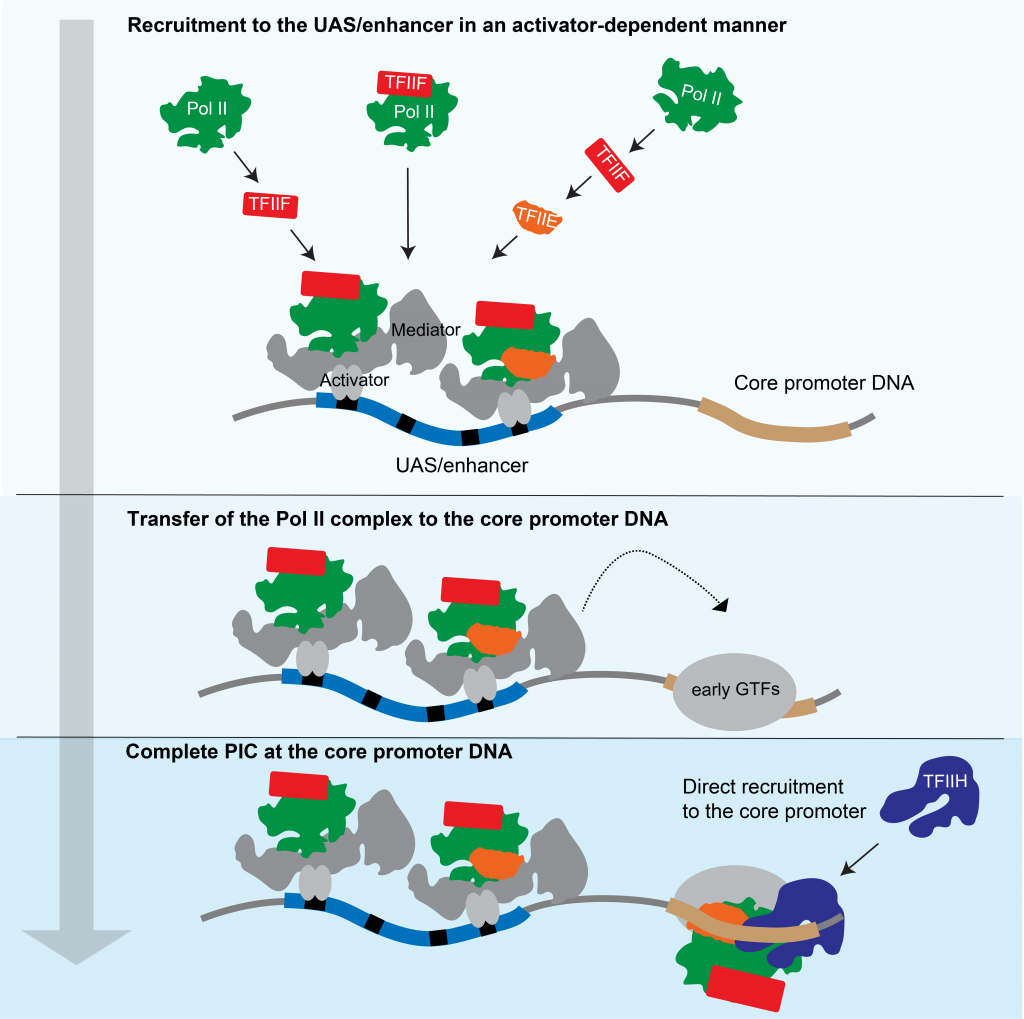