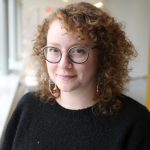 The readings I encountered in Professor Firchow’s course, “Theory and Analysis of Conflict Resolution and Coexistence” were especially compelling. In this debate-centered class, we read a lot of material that made me think critically about a range of topics related to conflict resolution and peacebuilding. While discussing the topic of civil resistance, Professor Firchow assigned us to read Erica Chenoweth and Maria Stephan’s 2011 study. Their study focused on the effectiveness of 323 different nonviolent campaigns that took place between the years 1900 and 2006. Their findings indicated that civil resistance campaigns are significantly more successful than campaigns that are violent. Chenoweth and Stephan contended that nonviolent campaigns are successful because they include participation from a wide array of citizens, because they encourage regime defections, and because they employ a diversity of strategies and tactics.

I was struck by this study because it clearly contributed significant and concrete data to the field of civil resistance. The authors did so by surveying a wide array of nonviolent campaigns taking place over 106 years. The 323 campaigns Chenoweth and Stephan analyzed demonstrated that nonviolent resistance campaigns against authoritarian regimes were twice as likely to succeed as violent movements. Nonviolent civil resistance also increased the chances that the overthrow of a dictatorship would ultimately lead to peace and democracy. They also found that during those 106 years, countries in which nonviolent campaigns failed were about four times as likely to later transition to democracy as countries where violent resistance movements took place. Essentially, Chenoweth and Stephan argue that nonviolent resistance is not simply the “moral” thing to do, but it is also the most effective means of creating change.

I found the authors’ arguments convincing and appreciated their use of data collected over a vast number of years. Their findings were a huge contribution to the fields of conflict resolution and peacebuilding. I also think the authors’ arguments are so valuable now more than ever, considering the protests we’ve witnessed across the US. These protests have predominantly been nonviolent, yet there have been incidents of violence and looting as well. For those of us who are fighting and hoping for change, Chenoweth and Stephan’s study could not be more relevant today. I also appreciate this aspect of the readings we were assigned in Professor Firchow’s class. These readings provide for intellectually stimulating debate in the classroom, but they also serve a very practical purpose as we move forward in our careers as peacebuilders in this world.

The Start of a New Year