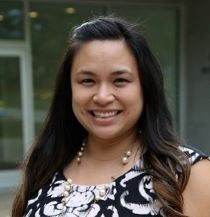 Managing the Triple Bottom Line, which is an MBA elective that is taught by Senior Lecturer Michael Appell, was one of my favorite classes during my time at Heller because it made me think differently to understand the business world in a new light. Highlighting that the MBA at Heller has a focus on social impact and social justice, this unique seminar-style course emphasizes why traditional businesses also need to have a social impact and what strides are being made currently in companies and corporations around the world.

As the only class related to corporate social responsibility at Heller, it had students from all different degree programs who brought their diverse international and domestic perspectives to the classroom. The classroom dynamic was always conversational and exciting, with Professor Appell constantly asking everyone their opinions and creating spaces to have deep conversations challenging the status quo. The class also had many incredible guest speakers, who brought in their personal perspectives in the field, covering topics including impact investing, B-corps, corporate foundations, and even ESG (environmental, social, and governance) reporting.

I was interested in this class because my work pre-Heller had introduced me to the phrase “triple bottom line” or “people, planet, and profit”, which is increasingly becoming an urgent focus of corporations. During the previous summer, I had a further introduction into this area of work when I completed my MBA Team Consulting Project with Oxfam. During this capstone project, I was working to create toolkits to pressure international agribusinesses to improve their environmental sustainability and human rights practices. Entering this class, I was excited to learn how corporations are focusing on a “new” bottom line that prioritizes not just traditional financial returns but also environmental and social returns.

Throughout the class, I was introduced to areas of corporate social responsibility that was new to me, including the emergence of public-private partnerships between nonprofit and for-profit organizations, ones like Starbucks with Conservation International, which are mutually beneficial – Starbucks increasingly has a positive image in conservation while Conservation International receives funding and international support for their programming with coffee farmers.

One area of the class that was memorable, was when we had deeper dive into understanding the role of industry leaders such as Nike in CSR to see if they have been able to uphold change and progress. Many times, these corporations have gone through a “public relations crisis” which has informed their pivot towards corporate social responsibility. For my midterm paper, I researched SeaWorld, and their ongoing public relations crisis after the documentary “Blackfish” was released exposing their treatment of killer whales and the death of a trainer at SeaWorld. I was able to create an analysis of their response to the film over the years, their operational and strategic pivot, and how they were able to respond to the controversy to improve their image and overall business.

Walking away from that class allowed me to rethink and reassess businesses and their role in the larger world. While I would often hear at Heller that for profits and corporations are the “bad guys” who are only profit focused, it was important to see and understand that their role is critical to creating impact and enacting social change. Yes, companies have the money, but they are increasingly realizing that their money can be used to help nonprofits – ultimately supporting the people who need it the most.

How to Choose the Right Graduate Program: Narrowing Your Search