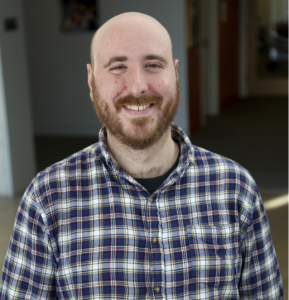 While trying to think of a good topic for this blog post, I got a text asking if I could begin doing citations for a group paper that is due sooner than I’d care to think about. While it’s possible that I audibly groaned, only moments later a lightbulb appeared above my head just like in a cartoon. Could something as seemingly mundane as finalizing references for a paper be a good blog post topic? – I thought. Upon reflection, I think it actually is! The grad school experience is a bit like doing citations (though perhaps just slightly more fun!) Here’s why:

It’s not so bad once you start: I’ve found that every time I’ve had to do citations, or a grad school assignment in general, the task feels so colossal I’m unsure how to begin. However, as soon as I start the task at hand, I fall into a bit of a rhythm, or at the very least gain a better sense of where gaps in knowledge and understanding exist and how to go about finding the answers. This helps the project feel more digestible.

For that reason, it’s oddly satisfying, even if frustrating while you’re doing it. Most papers I’ve written at Heller have caused some amount of stress and consternation, but I’ve learned something from doing every one, and sometimes grew fond or even proud of the finished product. Even the process of finishing a list of references brings a real sense of accomplishment – where once I had no idea how to cite Senate testimony or corporate 10-K statements, now I do (or, I at least know where to quickly look it up!)

Organizing your thoughts is a great antidote for confusion and imposter syndrome! I often find that I feel much less confident about my knowledge in a topic area until I begin writing down what I know and what questions I have. The same goes for citations – having 50 tabs open is stress-inducing, but having 50 sources listed in a word document or downloaded into Zotero (more on that in a moment) creates a sense that the structure of the paper is emerging.

Technology helps! I shudder at the thought of completing a Master’s degree in the pre-internet age. I rely on technology to organize sources and to begin taking notes and sketching out arguments. Two great tools are Zotero, in which sources can be organized into folders, notes can be attached, and bibliographies can be automatically generated; and Atlas.TI, in which PDFs of scholarly sources or interview transcripts can be loaded and annotated, with common codes used across documents to organize themes. Both are available for free through Brandeis.

Share the love: One of my professors described a bibliography as “a love letter to yourself,” meaning, if you plan to continue studying the same topics and building expertise in a given area, bibliographies from earlier assignments will be an invaluable resource. I’d also say that keeping track of sources is an important part of collaboration – even if your paper is never published, it might be shared amongst peers or even by a professor, with your permission, and as important as your original work and arguments may be, the citations themselves will provide a roadmap for future readers. This spirit of sharing and collaboration is a key part of the graduate school experience.

See? It’s not so bad. Even the seemingly dry parts of an assignment can be useful later on. Plus, volunteering to do citations on a group paper immediately endears you to your classmates. It’s the little things!

Wondering What Courses to Take? Sami Has Suggestions!