Get Involved! The Value of Student Working Groups 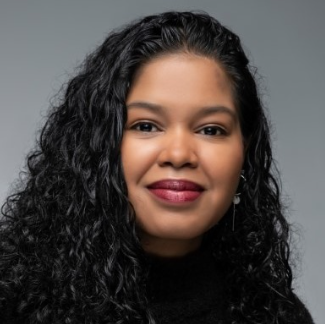 A university is not only defined by its ranking, degree programs, or faculty members. It is also defined by the quality and vibrancy of its campus community. When I was in undergrad, I worked 31 hours a week in the EdTech department. While I absolutely loved this experience, working this many hours as a full-time student meant that I did not have as much of a chance to become involved in the many student organizations on campus. Coming to Heller for graduate school gave me a second chance to get involved in the campus community.

To understand the landscape of graduate student working groups, I attended a variety of info sessions, as well as the Fall Student Groups Fair held in the Zinner forum. At this fair, e-board (Executive Board) members from active student groups set up a table and talked with attendees about their working group’s mission, activities, and plans for the semester. All the groups had such good energy and were involved in really interesting initiatives. I left the fair wishing there were enough hours in the day to be a part of every group!

During the lunchtime hour sometime later, I attended a follow-up info session with the Brandeis University Africa Forum (BUAF) which was led by two MBA/SID second year students, one of whom had been my TA for the summer Quantitative Fundamentals course. BUAF is a working group of African students and other members of Heller’s community who are interested in African history and the continent’s socio-economic development. Their mission is to coordinate cultural, professional, and social events to provide learning experiences, expand partnerships, and foster a sense of community on campus. I was immediately energized by the BUAF mission. A few weeks later, I was elected as Secretary and my tenure on BUAF’s e-board began!

Although I’m a dual MBA/SID student, I have only been taking one SID class a semester. This means I have not had nearly as much interaction with members of my SID cohort as I have had with students in the MBA program, who I am in the majority of classes with. Being a part of BUAF has allowed me to connect and build relationships with not only other SID students, but with graduate students from other programs who I might otherwise not have had any interactions with. BUAF allowed me to learn from other professionals who’d worked and studied on the continent. By organizing a dialogue series in collaboration with my fellow e-board members Peter Masue, Shiko Rugene, Martin Alexis and Nush Laywhyee, BUAF was able to create space for dynamic, social impact-oriented conversations about current events and their impact on the continent. So far, our Africa Speaks sessions have covered such topics as the political and economic impacts of the Russia-Ukraine war on Africa and the military conflicts in Sudan and Burkina Faso.

By far, the most rewarding aspect of my time with BUAF has been being able to experience the richness of multiple communities, including the larger graduate population at Brandeis, my fellow Heller students, and especially the black, African, and diasporic presence on campus. As a school with Jewish roots, the African community and student body may not be the first thing that comes to people’s minds when you think of Brandeis. However, the work of BUAF is helping people recognize and appreciate that this community is here. It’s active and warm and vibrant and deeply engaged in the work of creating a space outside of classes where students can connect, support each other, and have fun together!