Exploring the Boston Area with Sami 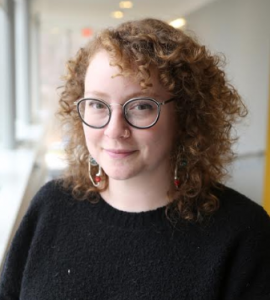 Waltham and the greater Boston area as a whole are such fun, vibrant, and exciting places to be a graduate student. There is always something to do, something new to experience, eat, or see! It’s not easy to narrow down a list of recommendations, but here, in no particular order, are my top five:

There’s so much to see and do around Boston and Waltham, it’s hard to pick just five recommendations! Once you’re here, you’ll have ample opportunity to get to know the area and discover what’s most exciting to you.

Even though the Museum of Fine Arts in Boston may be re-opening this week, many of us aren’t yet ready to start exploring everything that Boston has to offer. Luckily, many Boston attractions are hosting virtual tours, giving people the opportunity to experience the cultural institutions that make Boston so special. If you’re on the fence about whether the Boston area is the right setting for your graduate studies, or if you want to get started on exploring before your move, today I’m sharing some of my favorite museums and attractions around Boston that are currently hosting virtual tours.

Every time a friend or relative visits me in Boston, this is at the top of my list of places to take them. It’s unlike any museum I’ve ever been to— the lush courtyard in the middle surrounded by beautiful Venetian architecture as well as it’s unique blend of Asian, European, and African art make it feel completely separate from the rest of Boston. As an added point of interest, it’s also the site of the largest art heist in history. In 1990, thieves stole $500 million works of art, including pieces by Vermeer and Rembrandt. As you explore the museum, keep an eye out for the empty frames that the museum has left hanging.

2. The Charles River Museum of Industry and Innovation

Interior of the Charles River Museum of Industry and Innovation. Photo by: Mark Spooner

This museum may not be as well known as some of the larger museums on this list, but I consider it a hidden gem. I hadn’t visited it until I started working at Heller, but it soon became one of my favorites. It’s the site of America’s first factory, and the museum holds artifacts of the industrial revolution from the nineteenth and twentieth centuries, and provides insight into Boston’s role in the Industrial Revolution, as well as a look into Waltham’s history. While the collection itself is more interactive, the museum website has a variety of pictures and videos to let you experience many of its exhibits.

While not strictly in Boston, the Peabody Essex Museum is one of my favorite museums to visit in the area. They have an eclectic collection featuring artists from around the world and often have immersive, experiential works that make visiting it worthwhile during your time in Boston. Currently, you can view their collections of Chinese, maritime, Oceanic, African, and Native American art, including photographs, sculptures, paintings, and jewelry. Fashion aficionados will also appreciate the Alexander McQueen dress on display— there really is something for everyone!

4. The Boston Common and Public Gardens

While this isn’t a museum, it’s certainly worth a visit while you’re in the Boston area as an important historical site. The Boston Common was originally founded as a common grazing area for cattle (hence the name), but eventually developed into the first public park in America. Over the years, it has been used for numerous protests, from the American Revolution to Black Lives Matter protests, and both Martin Luther King Jr. and Pope John Paul II have delivered speeches here. Across Charles Street lies the Boston Public Garden, which is part of the Emerald Necklace string of parks designed by  Frederick Law Olmsted (who also designed Central Park in New York City). During the spring, tulips lining the walkway to the George Washington statue and blooming cherry blossoms make for an amazing photo opportunity.

I would be remiss if I didn’t feature Brandeis’ very own Rose Art Museum. They always have thought-provoking exhibits, but I’m particularly fond of their permanent collection, The Undisciplined Collector. It’s a wood-paneled room filled with artifacts and artwork that’s meant to evoke the feeling of stepping into a 1960s living room. If you’re a fan of mid-century furniture or design (or maybe just really liked Mad Men), be sure to check this one out.

The location of your graduate school can play a huge role in your experience, and in my (perhaps slightly biased) opinion, the Boston area is a great place to be during graduate school. There are tons of cultural events and attractions, and there’s never any shortage of things to do, both in the city center and the neighborhoods and suburbs surrounding Boston. Even while you’re stuck at home, there’s no limit to what Boston and Waltham have to offer!