The Schiff Undergraduate Research Program will pay you $2,000 to conduct your research.  For more information and to apply, see the application below.

The Crown Center announces the availability of summer travel and study grants for eligible undergraduate students.

The Grant May Cover:

Any field of study may be considered but the research must be related to the Middle East.

If you missed the Crown Center’s excellent panel on events in Tunisia, Egypt and beyond, you can now see it here. 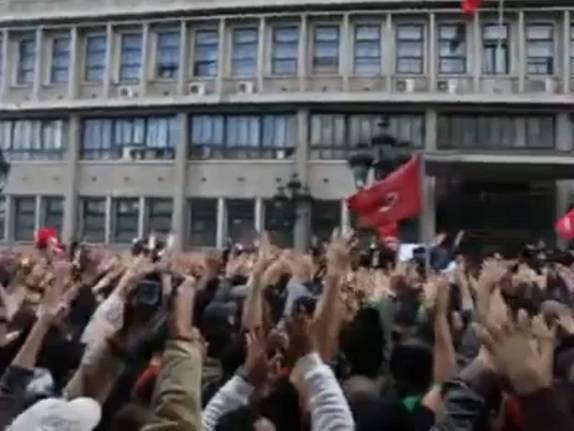 Unfortunately, in the days leading up to this event and during the week following it, a sense of insecurity was prevalent throughout the country. Indeed, The Family ordered the release of thousands of prisoners who were instructed to loot and terrorize. Add to that the 3,000 strong presidential police force, some of whom were caught with sniper rifles. Presumably, they were hoping to cause chaos and possibly return to “save” the country. We never stopped to be reminded the extent of these people’s inhumanity. The army played a huge role in reinsuring security. People also formed neighborhood protection committees against these looters. A lot of the arrests were actually made by normal people who handed the thugs over to the army or what is left of the police. After about a week of insecurity, during which very few deaths were reported – most of the casualties occurred during the weeks leading to the 14th (over 200 deaths, 72 in prison riots) – things started to feel more normal. END_OF_DOCUMENT_TOKEN_TO_BE_REPLACED

[Edit: After a struggle much longer than Tunisia’s, the Egyptian people were finally rewarded as Hosni Mubarak stepped down, leaving the Army in charge until democratic elections can take place. The place to be on the 11th of February was definitely Tahrir Square, so fittingly named. Tahrir translates to ‘Liberation’ and I think this so beautifully captures the essence of what transpired on that day. The future is still uncertain, and by no means is the Egyptian revolution successfully complete, but it has taken a step that was unimaginable a year ago. Even though Tahrir Square is in Cairo, this feeling of liberation has spread far beyond the borders of Tunisia and Egypt. I had previously mentioned Jordan and Yemen, but the biggest protests of the day were seen in Tehran and Bahrain. Apparently, the internet has been shut down in Algeria, but we have learned from Egypt that it is no simple task to stop this call for freedom and liberty.]

Whether we are concerned with suffering born of poverty, with denial of freedom, with armed conflict, or with a reckless attitude to the natural environment everywhere, we should not view these events in isolation. Eventually their repercussions are felt by all of us. We, therefore, need effective international action to address these global issues from the perspective of the oneness of humanity, and from a profound understanding of the deeply interconnected nature of today’s world.

– His Holiness the Dalai Lama

It has been well known for some time now that world we live in is shrinking, I am sure that each and every one of us has experienced the effect of the unstoppable force of globalization. The IGS major, unique to Brandeis, is an acknowledgment of this force; we describe it as “an interdisciplinary program that provides students with an opportunity to understand the complex processes of globalization that have so profoundly affected politics, economics, culture, society, the environment, and many other facets of our lives.”

It is no longer important but simply necessary to take into account the changes that our world has undergone, and understand that we face the future together. It is important that our generation grows up as global citizens and deals with the many issues that will need to be contended with. We can act, in our own capacities, but at the same time we must take advantage of the opportunity of being at a place of learning as prestigious and full of potential knowledge as Brandeis is. It is important to fully understand this process before we leave for the real world to find our way and to the best of our ability, improve the world we enter.

This blog is an attempt to help comprehend globalization through reflection, conversation and insight from people who are closer to situations around the world, providing us with, hopefully, an array of perspectives with which to better understand events that will shape our future. END_OF_DOCUMENT_TOKEN_TO_BE_REPLACED

Some updates on Egypt + Tunisia:

Moral of the story? Facebook, Twitter, Google, etc. don’t topple regimes – people do. And when the people are made stronger through improved communication, their ability to cause change is also strengthened. “Keystroke Revolution” does not mean a revolution from a computer, but with a computer. 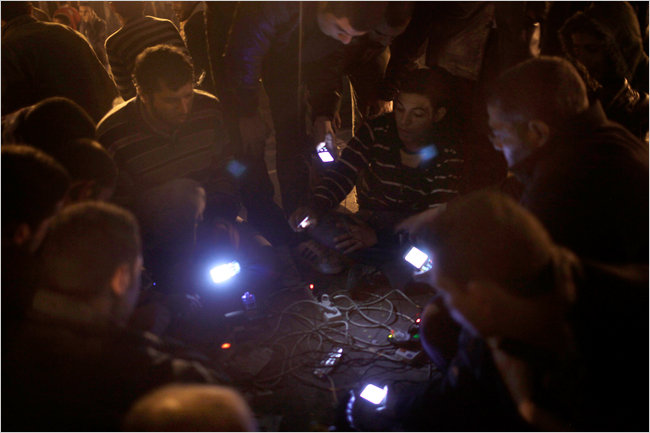 In Egypt, many citizens have begun to circumventing internet outages in the country in order to continue organizing the revolution and getting the word out. How are they doing this? END_OF_DOCUMENT_TOKEN_TO_BE_REPLACED