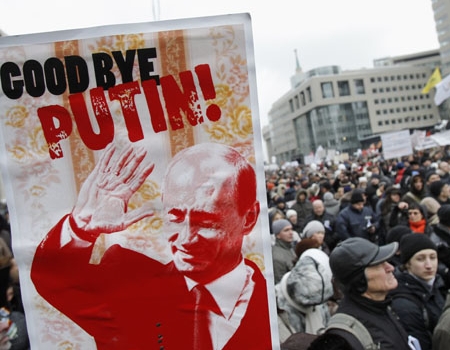 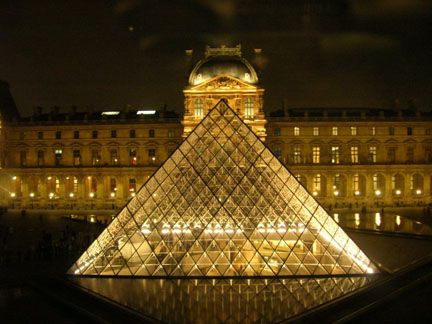 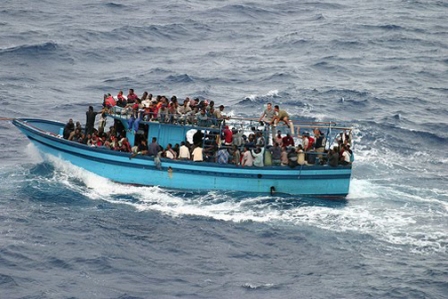 IGS will kick of the new semester on Wednesday evening, February 15, with the next installment in its year-long Conversation Series on global issues. Up for discussion will be “The Challenges of Global Migration.”

Why are so many of the world’s peoples on the move?  What awaits them when they arrive?  How can North Africans migrating to Europe cross divides of wealth, religion, and culture?

Four Brandeis seniors from the IGS Department will be sharing their conclusions on these and other challenges of migration, drawing from their own research and first-hand experience with migrant communities while studying abroad.

Tess Raser ’12, will discuss the work she did with Libyan refugees while studying abroad in Sicily. She is currently completing a senior thesis on the political anthropology of the refugee crisis there.

Gabrielle Santoro ’12, will discuss the role that Moroccan immigrants play in the city of Granada, where she studied abroad in the spring of 2011.

Nashrah Rahman ’12, will explore why Egyptians are continuing to leave Egypt, even though the revolution has technically ended. She will be discussing the “push” and “pull” factors that are affecting many Egyptians’ decision to emigrate.

Elise Allan ’12, will examine the battle over the immigration and assimilation of North Africans in southern France. She has studied abroad in both Montpellier, France, and Quito, Ecuador.

Professor Beatrice de Gasquet, Florence Levy Kay Fellow of Culture and Politics in the Francophone World, will be moderating.

As always, we want to hear your thoughts on the matter, too! While much of our panelists’ work has focused on migrants in the Mediterranean world, we hope to broaden our discussion to include other global migrations as well. Here’s your chance to share your thoughts on the challenges that come with so many people on the move.

We look forward to seeing you there! 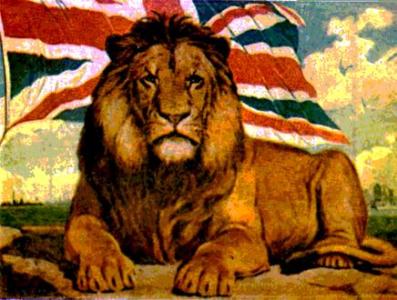 Check it out at:

Just a reminder that we will be getting together for our IGS Spring Conversation tonight from 5:30 – 7:30 in the Reading Room of the Mandel Center (3rd floor, next to the roof garden!)

We’ll start with informal discussion — good classes for the fall (including some pretty cool new ones), how to best work in major requirements, etc.  Then we’ll enjoy presentations from seniors on how they made the most of international experiences from France to Nepal, from China to India to Cairo. (And did I mention the roof garden?  At sunset?)

Food, conversation, music and great stories from the worlds within our world: isn’t this what you came to college for?

Social networking has become a staple of our society. We spent much of the last decade making profiles and following each other. Using the phrase, “Facebook Me” has become commonplace, and Lady Gaga has almost 9 million followers on Twitter.

This decade, we are seeing how the spread of this phenomenon affects the rest of the world. In the Middle East in particular, we have seen what journalists have dubbed, “Facebook Revolution.” Revolutionaries all over the world have begun to use the internet and social networks to organize towards a particular end. In response, the governments of these revolutionaries have engineered internet shutoffs for entire nations. In their attempt to maintain control over these nations, dictators instead bring world attention to the issues in their country.

This type of press is envied the world over. How many have a particular cause that they would like to spread knowledge of? One group in particular – terrorists – vie for this type of attention day in and day out. Therefore, it is not surprising that murmurs around the internet suggest something new and dangerous called electronic intifada. Facebook groups by this name have been growing by the thousands daily. The comparisons between the struggles of the Palestinian people and those in Tunisia or Egypt ring true with those whom empathize with the Palestinian people.

Electronic Intifada is only one of many Facebook pages that are being used. Another page titled Third Palestinian Intifada had almost 250,000 members. I watched as the page grew from only around 1000 members to around 250,000, eventually attracting the attention of Facebook users. These members spread word of the page, eventually resulting in an appeal yesterday by Israeli Cabinet Minister Yuli Edelstein to Facebook CEO Mark Zuckerberg. Facebook took down the original page, but in the last 24 hours it has surged to 10,000+ members and spawned several smaller pages professing the same thing. Their main objective? May 15th – the day their “Facebook Intifada” begins.

Many groups are utilizing social networking and communication technology in ways that have not been seen before. Much like the Zapatistas, small groups are beginning to grow powerful through the use of technology and the internet. All of this is largely floating under the radar of news media who are preoccupied with events in Libya, elsewhere in the Middle East, and Japan.

As Americans, what can or should we do regarding this situation? Facebook’s policy on matters such as this generally is that they are against the censorship of any content on the site. I believe that individuals should be able to speak their minds, but when this results in violence, something needs to be done.

What are our options? Policing all of the content created by a group of people larger than the population of the United States cannot be done by Facebook by themselves. The government cannot check content, as there is simply too much over too widespread a geographic area. Additionally, this would violate Facebook’s privacy agreements with its users.

Many users of Facebook have come up with a creative solution to the problem – they have become “internet police.” Pages have sprung up in response to the Third Palestinian Intifada page, telling Facebook users to report the pages organizing the Intifada. I believe that this is the one of the most effective models for controlling the spread of terrorism utilizing social media. Individuals, when bound together by a common cause and with the proper tools, can be extremely powerful. We’ve seen the perfect example of this unfolding in the Facebook intifada.

As members of this digital era, we must be responsible for the content that we together create as a planet. The internet belongs to no one and everyone, and if everyone and no one is not responsible for it, it will become a tool for violence and mayhem, even more so than it already is.

In the words of Facebook founder Mark Zuckerberg, “When you give everyone a voice and give people power, the system usually ends up in a really good place.” We must be responsible for keeping this system in a “really good place.”

UPDATE: The ADL has posted a complaint about the page here. The page has been shutdown again as of 3/31, early morning, but has gone up again after a moment of downtime. They have around 2,000 “fans” in the past few hours.

More than 45 employers are coming to campus on March 10 to meet IGS majors and other students and share insights about internships and jobs that truly make a difference.

The Schiff Undergraduate Research Program will pay you $2,000 to conduct your research.  For more information and to apply, see the application below.

The Crown Center announces the availability of summer travel and study grants for eligible undergraduate students.

The Grant May Cover:

Any field of study may be considered but the research must be related to the Middle East.