Greetings from New Delhi, India–only 7157 miles (11517 km) away from Waltham! My name is Jeremy Goodman, ‘14. I am a current Junior at Brandeis, studying Health: Science, Society, and Policy BS. I have decided to spend my Spring semester away from Waltham doing an immersion program through SIT: The School for International Training. Hannah Diamond, another Junior at Brandeis is also here in Delhi participating in the same program. The focus of this program is health and human rights, both huge topics very relevant to India’s relatively recent rapid growth and new found place in the global community. In addition to living with an Indian family in a homestay, there is intensive Hindi instruction, as well as excursions, workshops, and lectures relating to all aspects of health and human rights in India. The culminating component of this program is the ISP: Independent Study Project, a month long research endeavor designed and implemented by myself. 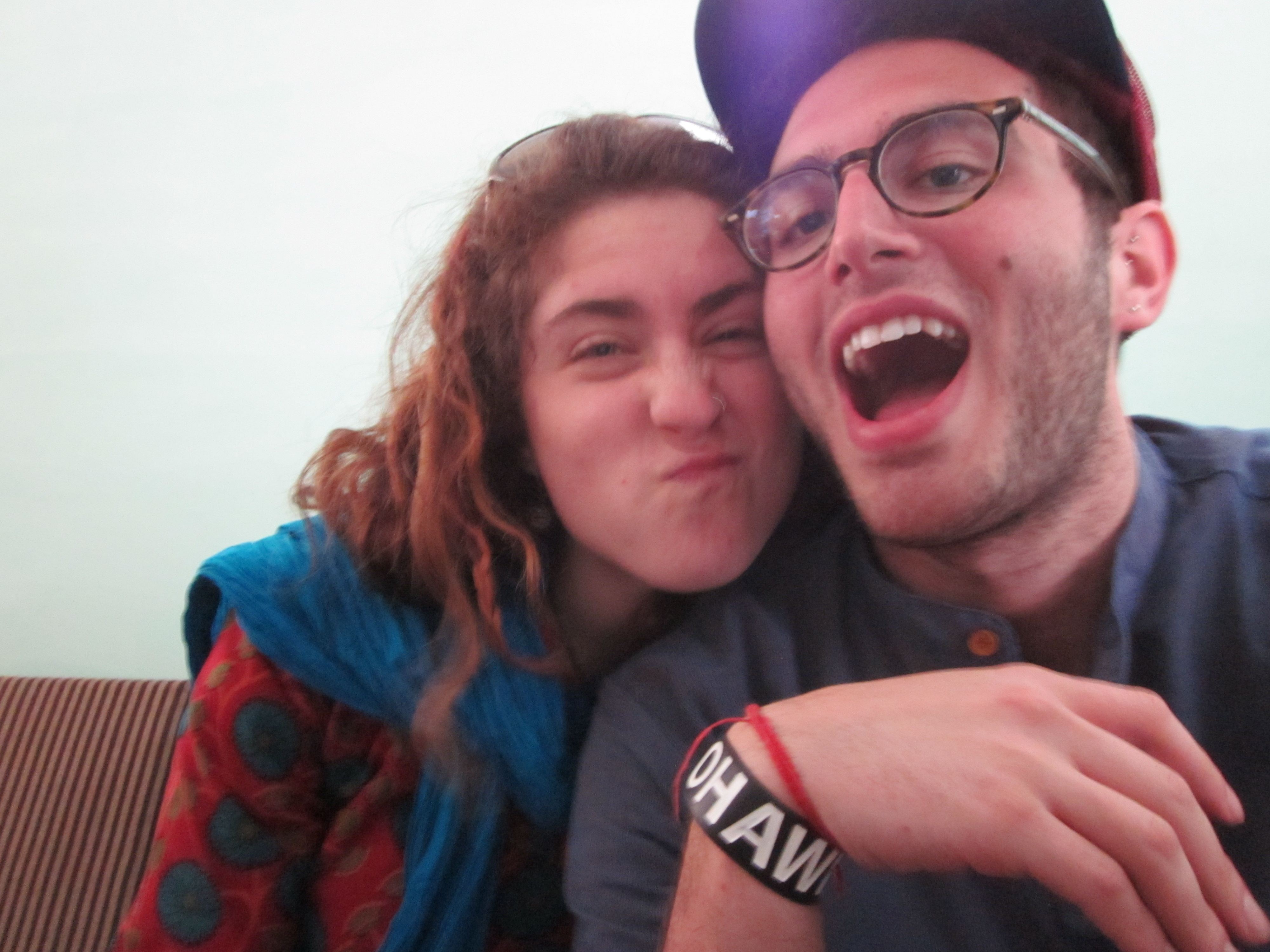 I arrived in New Delhi, India after almost 24 hours of travel on January 31, 2013. The plane hit the runway and suddenly an odor, difficult to describe but now accustomed to, immediately hit me. The United Airlines flight attendant, with her thick New Jersey accent came on the overhead speaker and dramatically said “Welcome to India. India is the land of enchantment, colors, and beauty.” Definitely not the kind of greeting I was expecting, but what can you get–it was a 14 and a half hour flight! It was night, so there wasn’t much to see. We met up with some program staff, were put in a taxi, and quickly escorted off to a hotel around the corner from our program center. I awoke the next day, still disoriented because of the 13.5 hour time change and the difficulties of spending a day flying in the sky. I stepped out on my balcony, looked around and it finally hit me–Woah, I am actually in India! 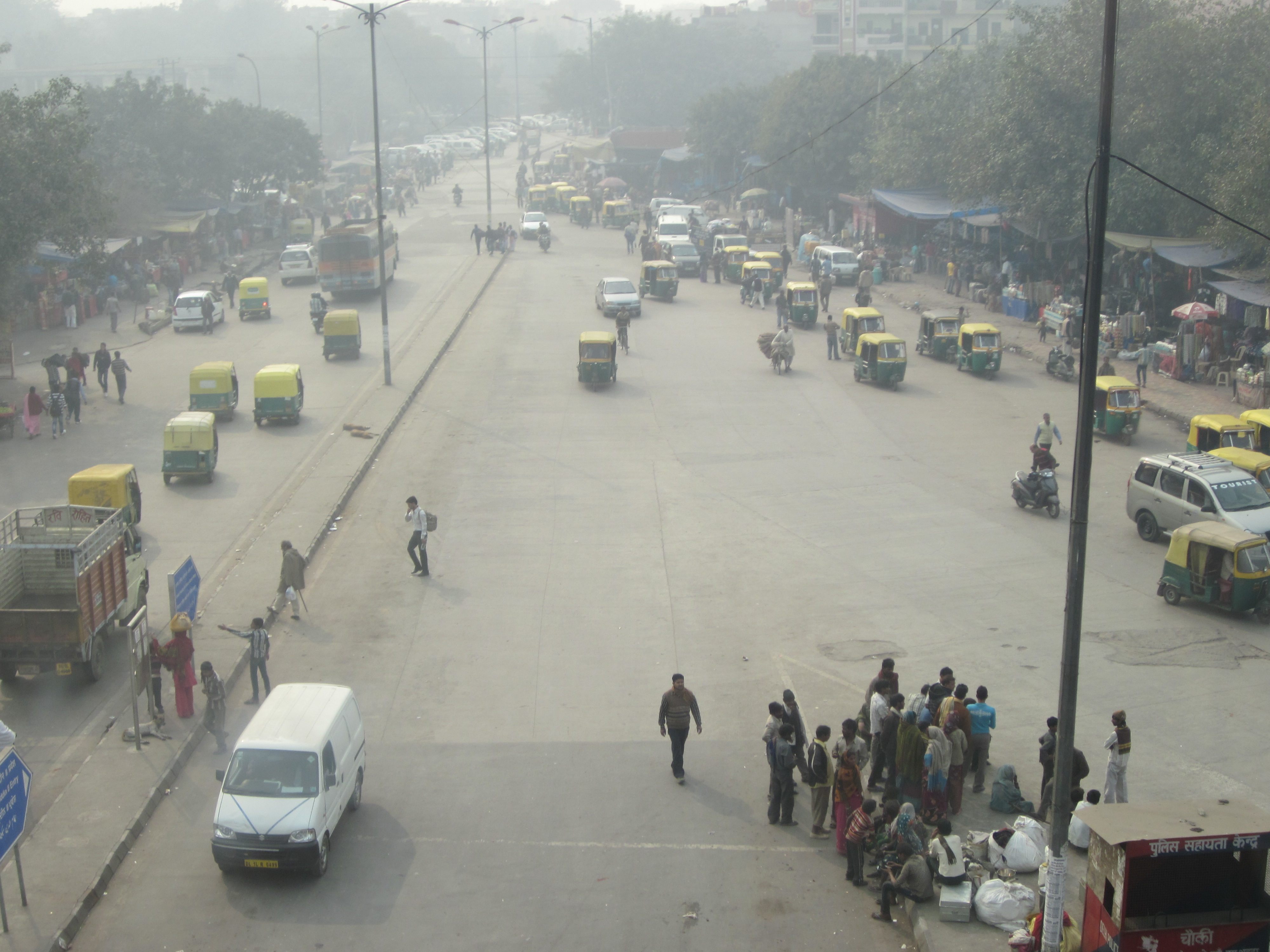 After a week long orientation, including “cultural awareness training”, lengthy discussions of SIT policies and rules, we were assigned and moved into our homestays. After only one night, classes began. I am living with a wonderful family, the Vermas. Bobbyji, the father is a contractor, working in construction. Vandanaji works very hard too, but not in the conventional sense. She stays at home, makes delicious food, runs errands, and takes care of their 13 year old son, Kartik. We live in Govind Puri, a crowded, middle-upper class neighborhood in South Delhi. Dadaji and Dadiji, the paternal grandparents live below our apartment and are always stopping by to say hi and share some chai. Most of the family speaks pretty good english, except for Dadiji (the grandmother). She still talks to me in Hindi although I do not understand. Hopefully in a month or two I will have a better idea of what she is saying. Right down the alleyway from our home is two giant markets. 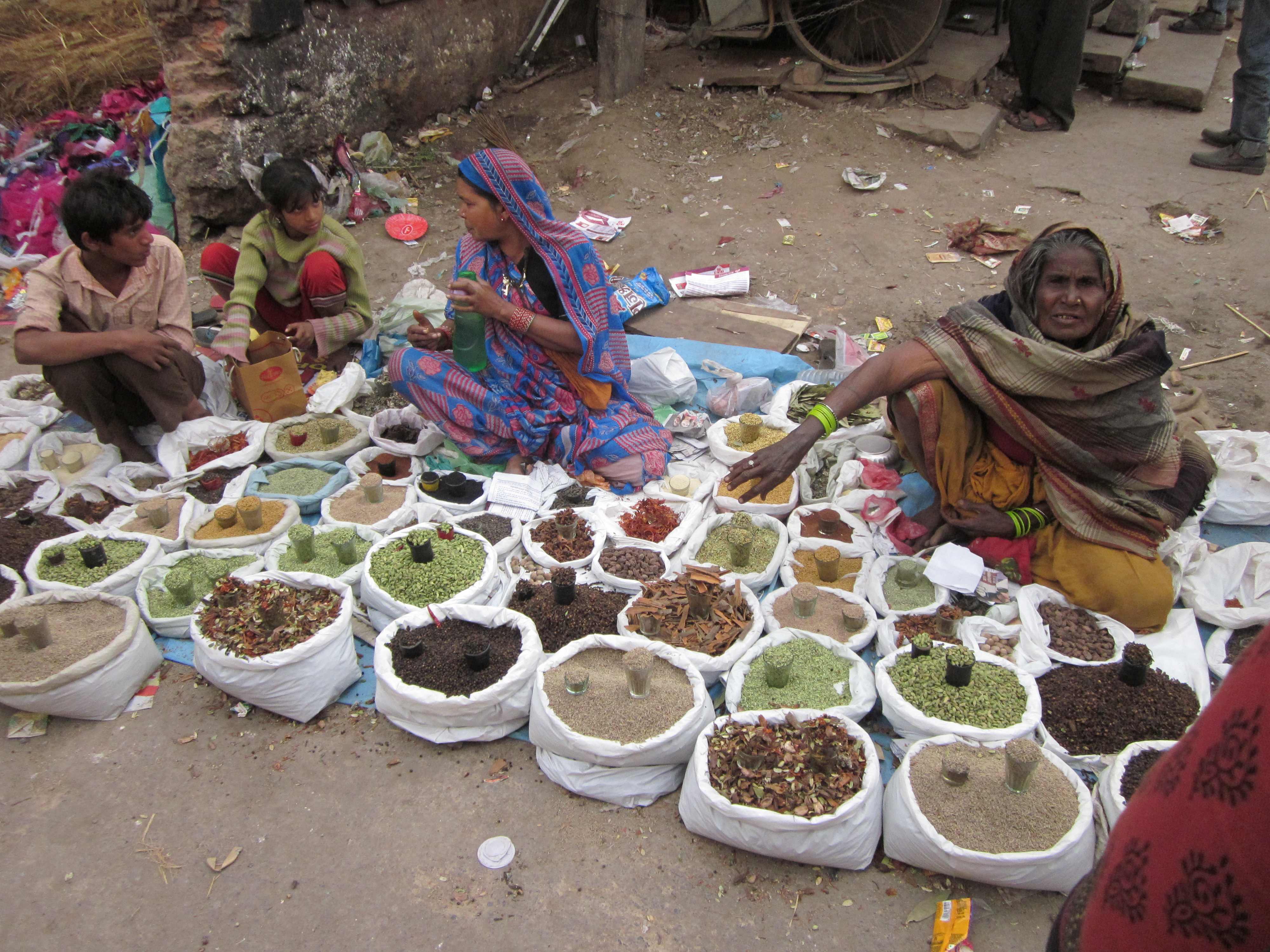 I have class 5 days a week, 9am to 1pm, with tasty lunch served 1-2pm. The daily commute takes about 45 minutes, which includes walking, taking the metro, and riding on a bicycle rickshaw (complete with daily bargaining for the fare). To get to class, I first walk about 15-20 minutes to the Metro Station. If you ever thought the NYC subway was crowded, try taking a transfer on the New Delhi Metro. I have never experienced so many people in such small confined spaces. It can be really frightening. The system is very modern, with 5 separate color coded lines and 3 more currently being constructed. The first car of every train is reserved for ladies, and as there are 25 women on the program and only 2 guys, I end up riding by myself (and hundreds of other Indian men) much of the time. After only two stops, costing only 18 cents/9 rupees, I arrive at Jasola Apollo and take a bicycle rickshaw or walk about 2 kilometers to the program center. I really enjoy the commute, getting pretty used to it–that is, finding some shortcuts and getting accustomed to the pushing and shoving necessary to make it on and off the train. 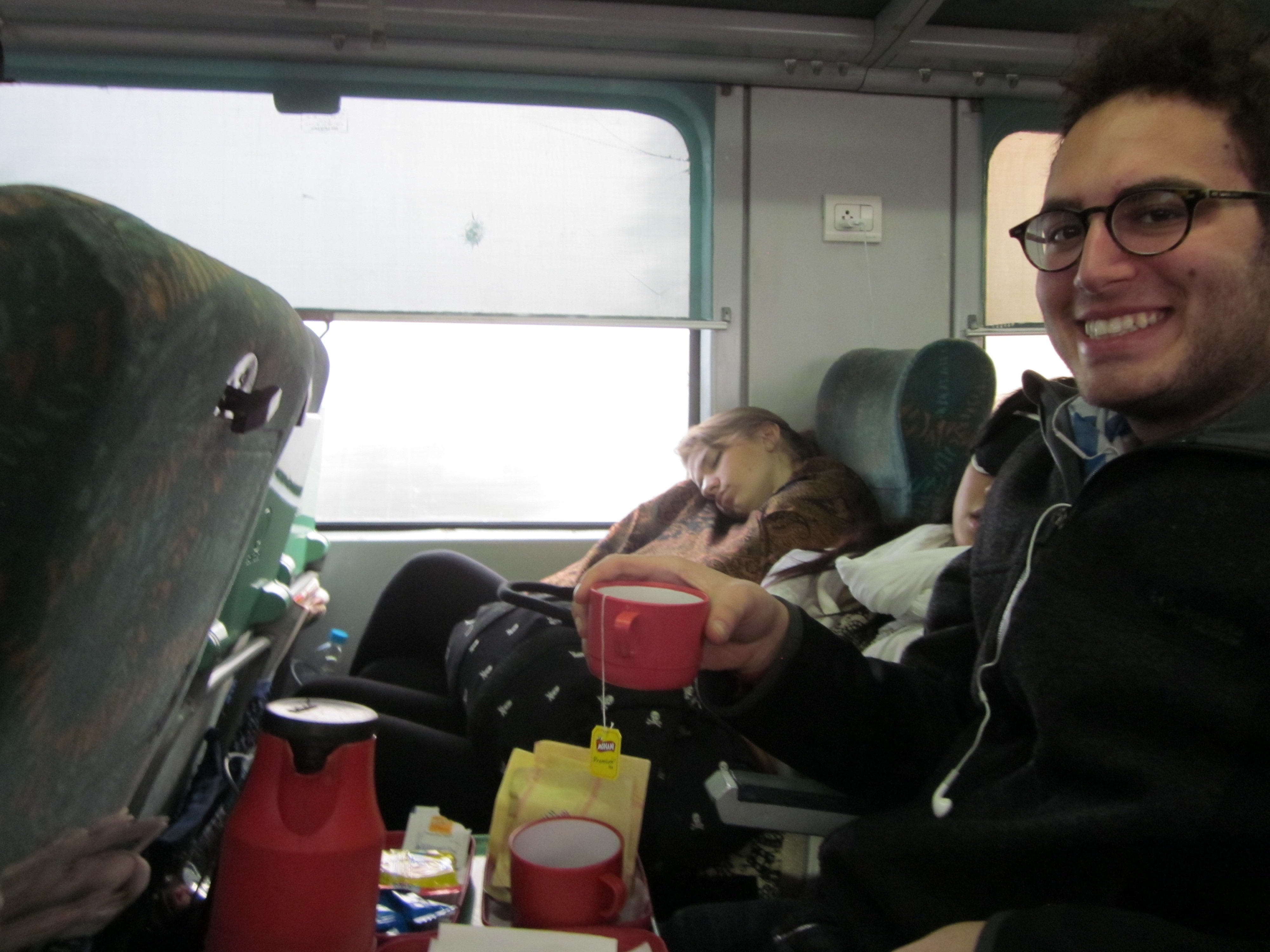 This last week the program took us on an excursion to Aligarh, a predominantly Muslim community in the neighboring state, Uttah Pradesh. FACT–>Uttah Pradesh, or UP, if it were its own country would be the fifth most populous in the world! We travelled via Indian Railways, another experience requiring an entire blog post in and of itself. For now, let’s just say it was a unique experience. FACT–> Indian Railways is the ninth largest employer in the world! A very highly respected university, Aligarh Muslim University, hosted our stay. During the four days in Aligarh we visited, observed, and discussed all levels of government health care: a Rural Sub-Center, Primary Health Center, Community Health Center, District Hospital, Women’s Hospital, and a Tertiary Care Facility. In addition we shadowed a UNICEF project primarily aimed at reducing infant mortality rates in UP. ASHAs, women working in front-lines in rural villages, distribute vaccines to newborn children, provide treatment and education for mothers, and raise health literacy within the communities. It is very difficult to describe exactly what I saw and how it made me feel. For now, I will just say that I had moments of shock, horror, curiosity, and joy. I saw some really crazy stuff to say the least. 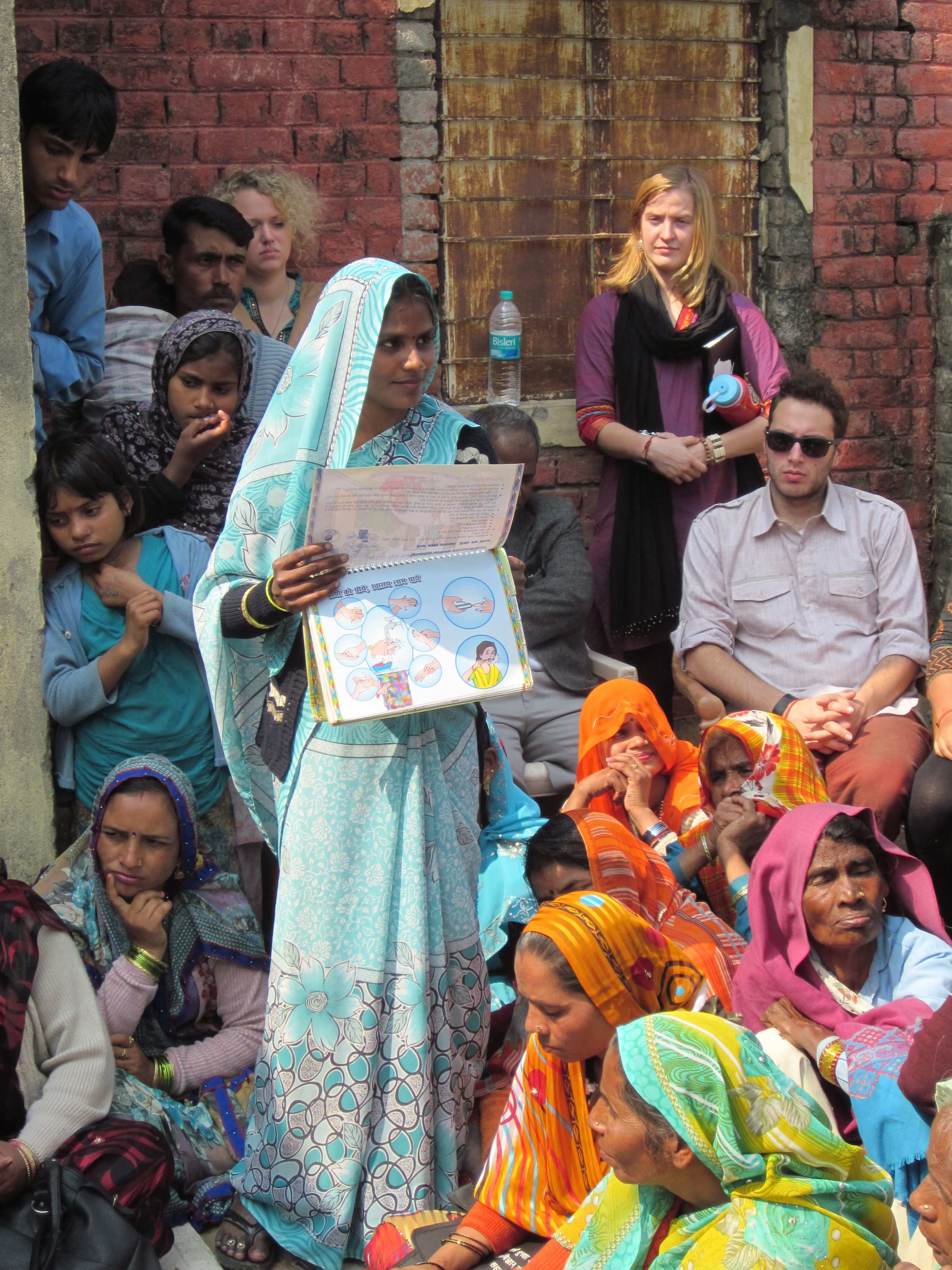 In India there is free public healthcare, yes I said FREE. however as we have learned from both the classroom and experiencing hands-on, there are many factors preventing everyone from accessing this free health care. In addition, we had several interactions with officials from the University including the Vice Chancellor, Provosts, Deans, Professors, and Department Chairs. I was shocked that they were willing to give so much of their time and attention to a bunch of undergraduate college students from the states. I am very appreciative. It was a great excursion, introducing us to the vast array of health care services and the problems presented in its enactment. From here, we are going to continue to learn about India’s healthcare system, and the social dynamics that influence people’s access to and quality of care. I will be going on another excursion to Udaipur, working with an NGO, and further refining my Independent Project. 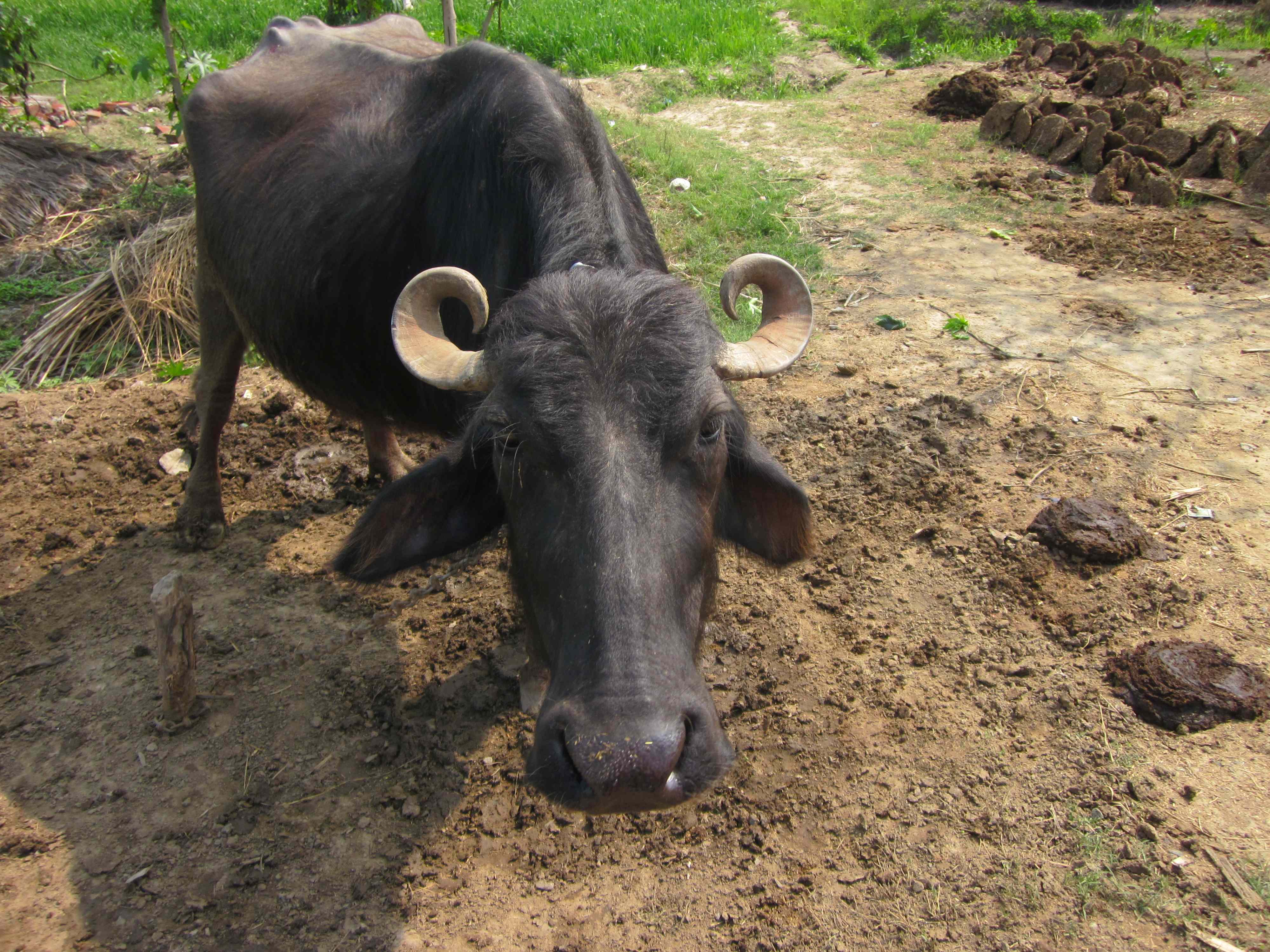 After three weeks, although I feel like I have been here much longer, I am really enjoying my time in India. The only way I can come close to describing it is as different–It is just very different. At this time I end most of my observations, conversations and discourse with  “it is just different.” I hope that with more time spent here I will get a better grasp of India and be able to make some accurate interpretations, search for explanations, and reach some understanding. Until next time–Jeremy