Greetings everyone!! I hope the snow has begun melting and some semblance of Spring is showing. I am still here in Delhi The heat has dramatically intensified, the festival of colors–Holi begins tomorrow, and preparations for my Independent Study Project have begun. 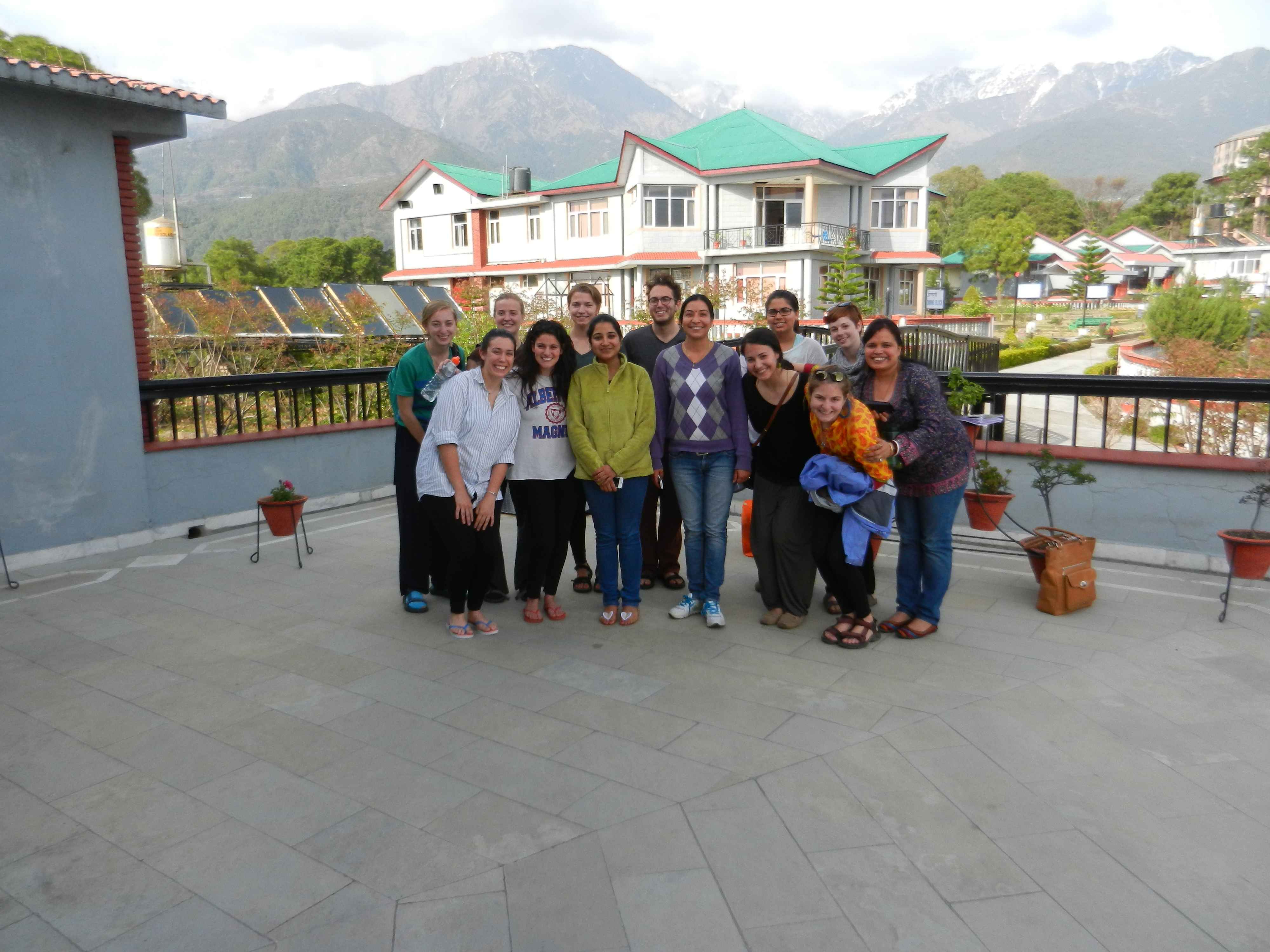 I just returned from a week long workshop up north in the state, Himachal Pradesh! HP is my favorite place I have seen so far in India. It is lush, green, hilly, and extremely beautiful. The weather is also much cooler, a perfect retreat from the heat of Delhi. Ten students from our program traveled by overnight train to Pathankot, a northern city in the state of Punjab. By now, I am coming to really enjoy overnight trains and learning to sleep relatively well while on-board. Once we arrived in the morning we took a three hour windy, steep car ride up to Palampur. We stayed in Kayakalp at the Himalayan Research Institute for Yoga and Naturopathy. With the grand snow-covered Himalayas in the background, this facility was an oasis for patients with chronic illness seeking a variety of treatments: Ayurvedic Panchkarma, Yoga and Accupressure, Naturopathy, and Physiotherapy. Technically classified as a hospital, it felt more like an alternative spa resort than anything.

Every morning at 5:30am a man wakes you up with hot water. After downing 2-4 glasses to encourage a “movement”, you make your way to the treatment center for Yoga. Now I am a fan of yoga in the states, but this is nothing remotely similar. We begin at 6am with Yogic Kriyas–methods for cleansing. This includes, washing your eyeballs, nedi-potting your sinuses, forced nasal exhalations, gargling, and if you are feeling super adventurous, quickly drinking a pitcher of salt water to force purging.  Not exactly the most pleasant activities first thing in the morning.

After the Kriyas, we go upstairs to the yoga studio for a series of meditation, chanting, postures, and breathing exercises. This yoga was very slow and deliberative, nothing like the aerobic classes I am familiar with in the states. I would say not necessarily better or worse, just different. The hour and a half session closes with laughing yoga. It sounds kind of strange but it is very fun. We do a series of hand movement and “forced” laughing, which eventually turns into more authentic laughter. I will try to describe my favorite exercise: we first pretend as if we are churning butter with our hands, making a “grrrr” sound, while swinging our arms back and forth. Next we pour the imaginary churned butter into an urn “ha, ha, ha” making a thumbs-down motion. After the butter has been prepared we pretend to feed it to each other, making eye contact with each other while pointing and laughing. I guess maybe you just had to be there–I swear it was really fun!

The facility is primarily focused on Ayurvedic practices and treatments, but also has more modern therapies such as physiotherapy and lab facilities. We met with Ayurvedic doctors, specializing in traditional cleansing methods, called panchkarma. They told us the history of Ayurveda, their diagnosis methods, and descriptions of various treatments that focus on balancing one’s doshas. Doshas correlate to different characteristics unique to each person, such as appearance, bodily functions, personality, behavior, and habits . Daily practices, such as exercise and diet aim to balance these doshas but when they are out of balance, disease occurs. They are Vitta, Pitta, and Kapha. With their recommended treatments, which date back to 2500 BCE, along with yoga, diet, and lifestyle changes, they aim to counter these imbalances and restore people’s health.

Based on my pulse and their observations they said I was a Pit-Kaph. Not sure exactly how accurate or what that actually means, but they did advise me to stay away from spicy and fried foods. Kayakalp was a really interesting place to spend a week learning about this very old, but still functional form of medicine. It made me wonder about the efficacy of these non-invasive, drug-free treatments. Are pharmaceuticals always necessary? Why is America one of the only places where Ayurveda is still seen as an  illegitimate form of medicine?

After Kayakalp we took the journey to McLeod Ganj, the place of settlement for Tibetans in refuge, as well as home to the Dalai Lama. We spent one night there, visiting the temple, eating delicious momos (Tibetan fried dumplings), hiking to a glacial river to bask in the beauty of Himachal Pradesh and the great Himalayan Mountains. It was a bit strange being a tourist for once–not knowing the local language and blending in among the many tourists, but had a very good time. We took another overnight train and arrived back in Delhi Saturday morning. I definitely would like to make my way back north. 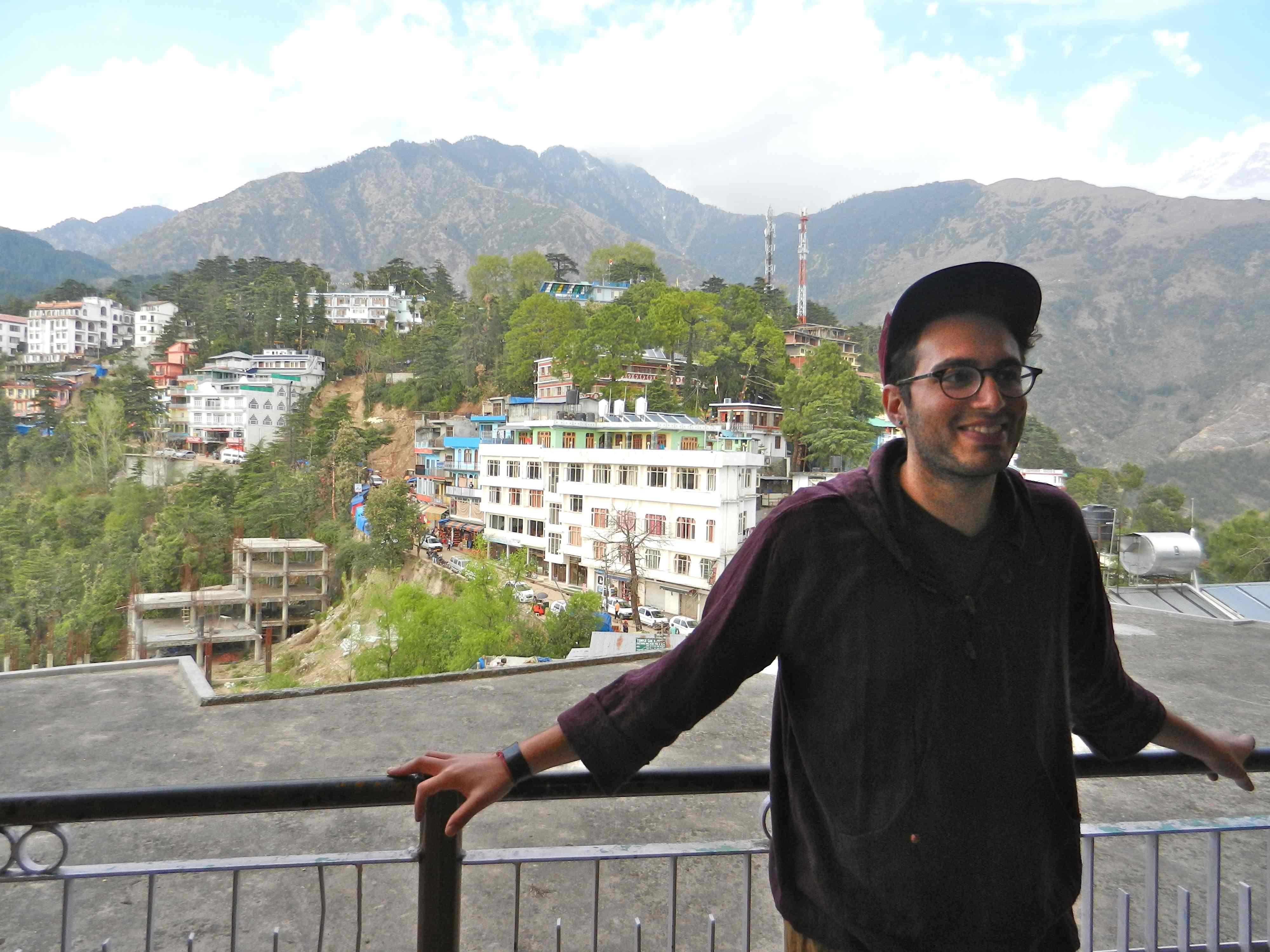 I have only three weeks here before I leave my homestay and embark on my Independent Study Project. Where has the time gone?!?! I still cannot believe how quickly this semester has gone, I still cannot believe that it is already the end of March! Last night, the Jewish students from our program got together and went to a Passover Seder at the Chabad House in Delhi. Although many of the other guests were Israeli, so didn’t speak much english, it was comforting being together with other Jews to celebrate Pesach. We were even served brisket!! To explain, beef is extremely difficult to find in India, as the cow is worshipped as holy by Hindus. The Rabbi’s wife explained that they had brought over 20 kilos of Kosher beef from Israel. It was a great night. Happy Pesach! 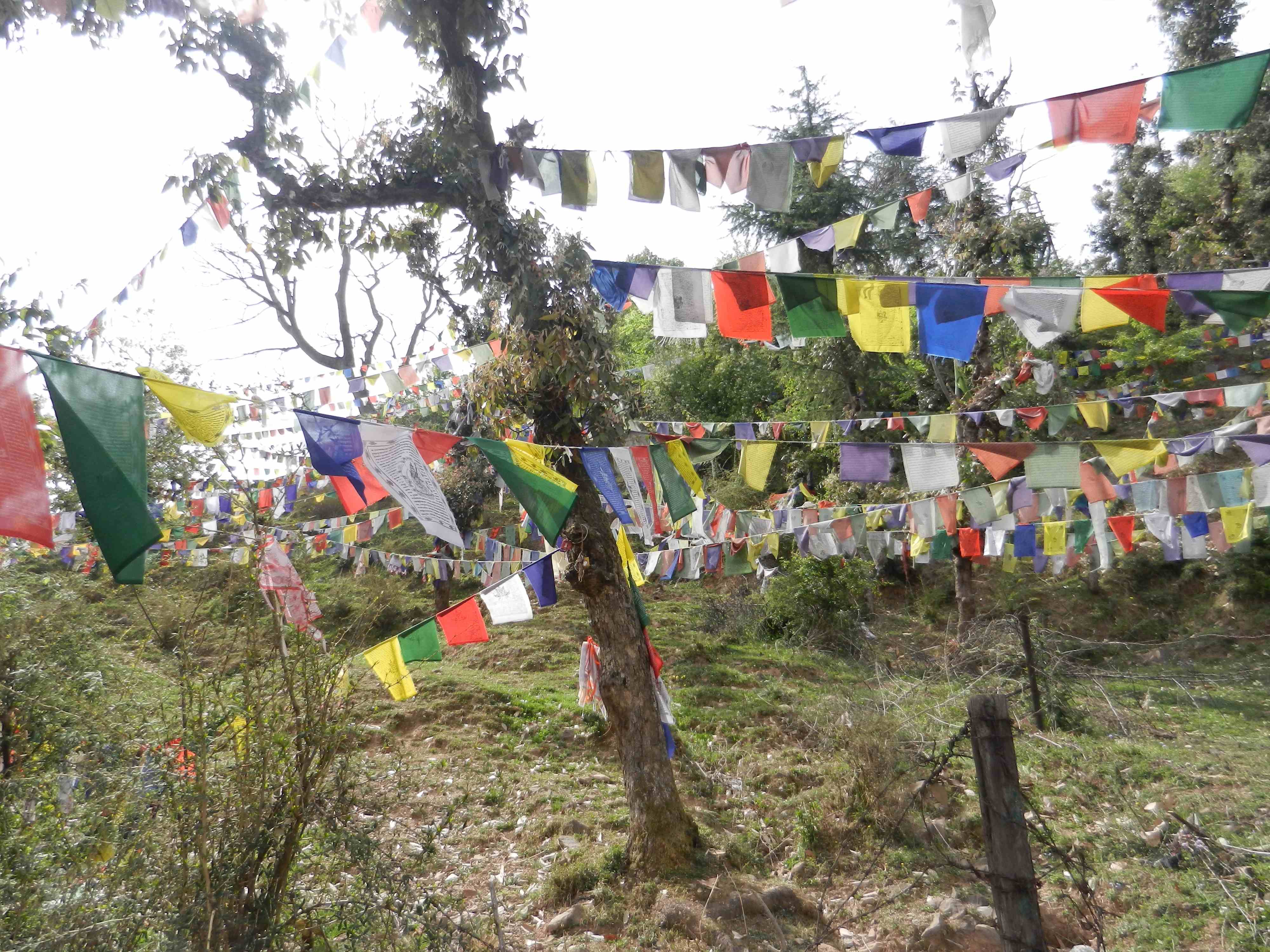 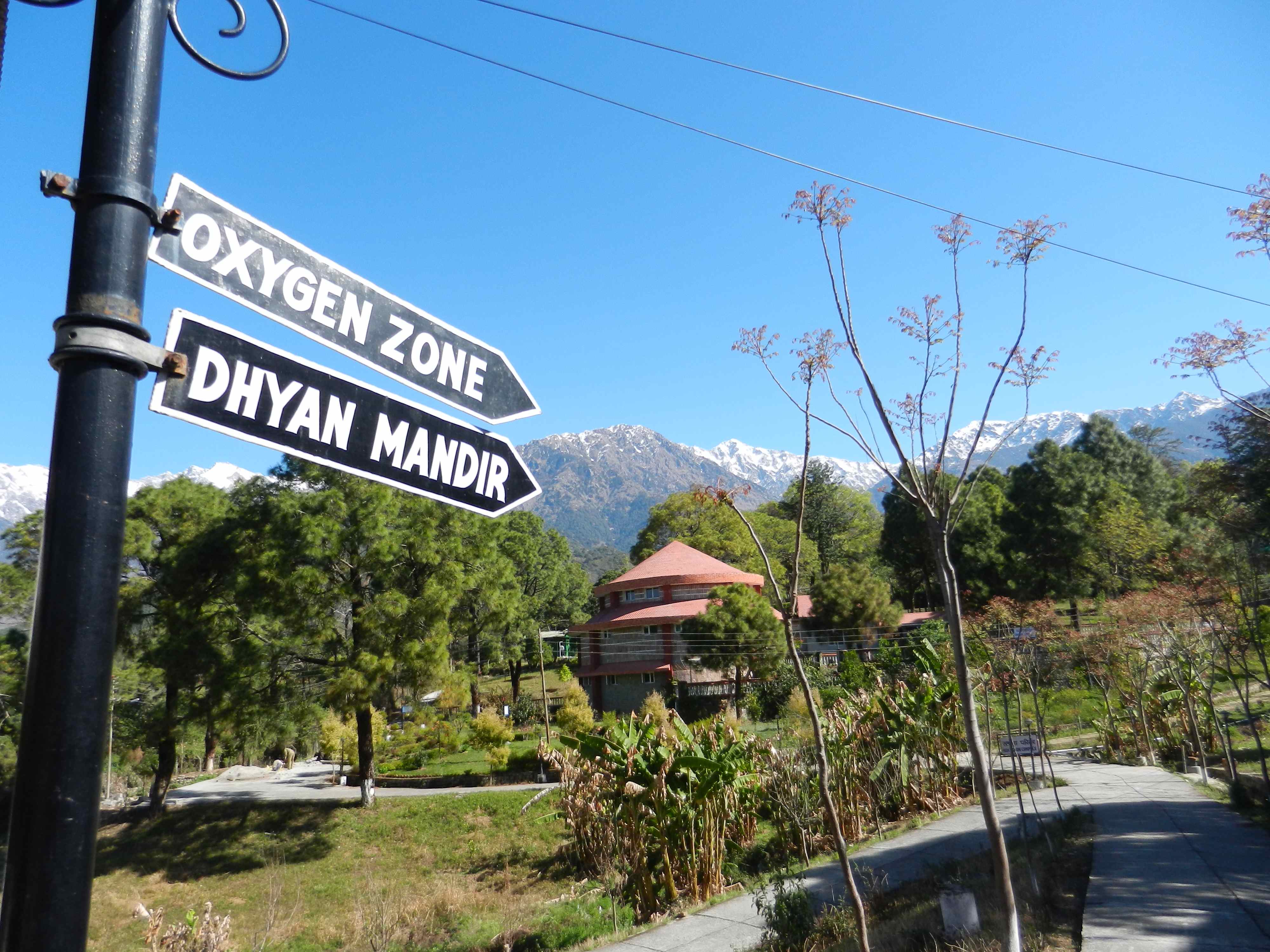 Holi, the festival of colors begins today. We have no class scheduled today and tomorrow to celebrate. Holi marks the transition from winter into summer. There is a long Hindu story of the derivation of Holi including fires, magic powers, and wishes, but to avoid butchering it, I won’t attempt to explain it all—that’s what Google is for! Those willing to participate in Holi throw colored powder, or Gulal, at each other. Today, children throughout our block have begun throwing water balloons from their balconies at passersbys. The program leaders have warned us about how crazy it gets, but I am unsure how it will really be. We will see what happens tomorrow! Wish me luck! –Jeremy

(Pictures courtesy of my peers, Emma Wise and Sophie Ohaus)