Happy Independence Day! Today was the day that India finally broke free from Great Brittan back in 1947. It is so interesting seeing how much Independence Day means to the people here. There is so much more patriotic spirit here in comparison to the US. There are flags everywhere and buttons with India’s colors and everyone is dressed up, even the shopkeepers near my house. One of the older girls at the school even helped me put on my sari, which was surprisingly comfortable. I suppose that because India got its independence relatively recently, I mean there are still people alive that remember what it was like when the country was still under British occupation. I tried explaining what the fourth of July was like for us here to the kids at the school, but all I could really think about was barbeque and fireworks.

Even though it was a holiday, students still came to the school I work in but there were no classes. Instead there was an assembly, and the different classes all put on cute performances. There were some songs, some dances, and even some speeches in English! The girls from the hostel, who live at the school, all sang the song they had been practicing for the past two weeks, and everyone loved it! I was so proud of them! It was so nice seeing the joy on their faces! This was definitely my favorite day here. 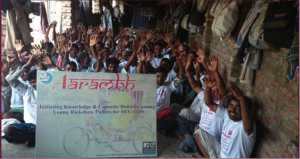 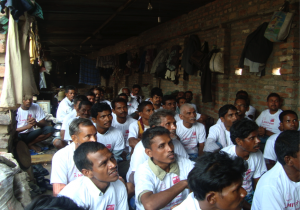 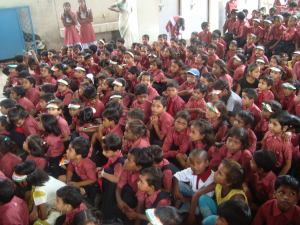 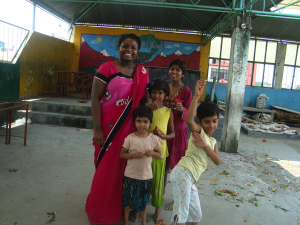