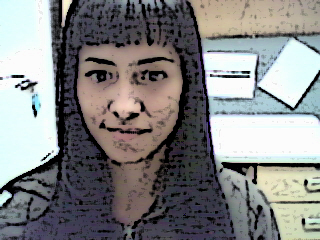 Most recently, I have studied the behavioral output of a small model network in which two distinct rhythm-generating pairs of neurons are connected to an oscillating hub neuron with electrical and inhibitory synapses. The two rhythm-generators form distinct oscillator subnetworks and are effectively competing for the allegiance of the hub neuron. I constructed this network computationally so as to simulate a simplified version of the essential neuronal circuitry that is present in the STG of the crab while at the same time, I was able to control and vary the synaptic strengths in the network. These simulations have so far demonstrated the complexity of dynamics that arise when both inhibitory synapses and electrical gap junctions are involved in the interactions of oscillatory subnetworks. Several distinct network behaviors were identified as a function of synaptic and electrical coupling strength. Most importantly, we have found that there are multiple synaptic mechanisms by which a neuron can switch its firing pattern between competing oscillator subnetworks. This study has given us insight into how neurons are able to switch between motor patterns in a multi-functional neuronal circuit.