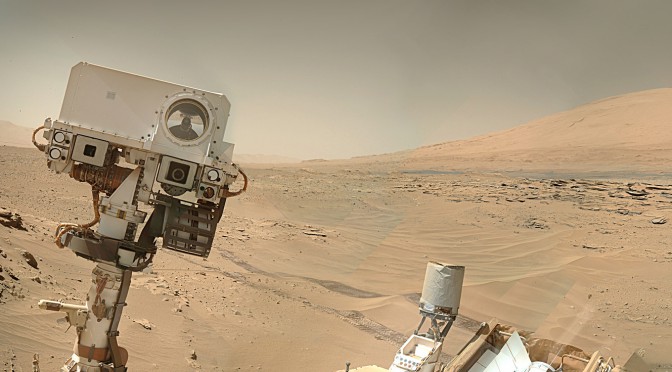 Life is a lot like Supreme Court Justice Potter Stewart’s famous definition of pornography — hard to define, but you know it when you see it. At least, that’s what scientists hope when they search the cosmos for life, or the remnants of life. But how do scientists know what to look for on planets where life could have evolved under drastically different circumstances than it did here on Earth? Would they really know it when they saw it?

There would be chemical clues, says Judith Herzfeld, professor of biophysical chemistry. Even if an organism itself didn’t look like any we’ve seen before, its appearance and its impact on its environment would be distinct from that of lifeless material, she says.

There’s a famous experiment that shows how life can change the surrounding environment. About 60 years ago, University of Chicago chemists Stanley Miller and Harold Urey built an apparatus that recreated pre-life conditions on the Earth’s surface. The experiment combined water and the gases in Earth’s primitive atmosphere — hydrogen, water vapor, methane and ammonia — with an electric spark to simulate lightning.  In the experiment the simple molecules were electrically stimulated to produce more complex molecules, like amino acids and sugars that we closely identify with life.

“Life has a remarkable tendency to throw things out of whack,” says Herzfeld, who won a NASA grant a few years ago to study a curious aspect of the Urey-Miller experiment.

In the original experiment, hydrogen cyanide and some amorphous gunk that could be precursors to biological polymers, chains of molecules, were also produced. Chemists suspected a relationship between the two, as hydrogen cyanide — a deadly gas, formerly used in gas chambers — is known to spontaneously form polymers. Herzfeld and graduate student Irena Mamajanov studied the structure of these polymers and discovered three forms that were nothing like scientists had imagined.

But what does this have to do with finding life on other planets?

First, it means that life can emerge from unlikely places. Second, how life changed Earth’s environment can provide clues for finding life on other planets. Before life, our atmosphere (well, it wasn’t really ours then) was composed primarily of methane, ammonia, hydrogen and water vapor. Once life took hold, the new organisms consumed methane and caused oxygen and carbon dioxide to accumulate.

“What would really point to life is if the balance of the chemistry somewhere doesn’t make sense with all the ordinary factors on the planet, like overall composition, temperature or radiation,” Herzfeld says.  “We are looking for something distinctive.”

Of course, whatever life on other planets looks like, it will likely need water, Herzfeld says.

“It’s hard to imagine life without water because it’s just such an unusual molecule,” she says. “Liquid water buffers temperature really well, it has a way of helping proteins fold and cell membranes form, it readily dissolves ions. Each water molecule can participate in hydrogen bonds with four neighbors, so it can do pretty amazing stuff.”

So, what are the chances of finding a planet with liquid water and chemistry that doesn’t make a lot of sense?

“The universe is a big place,” Herzfeld says. “There’s a good chance there is something really interesting out there. If we find it, we’ll probably argue about what it means for a while. But, then again, we argue about what is life on Earth, too.”

To learn how Brandeis alumna Valerie Scott is developing devices to chemically analyze soil and rock samples on celestial bodies, perhaps to find life, check out our profile on BrandeisNow. 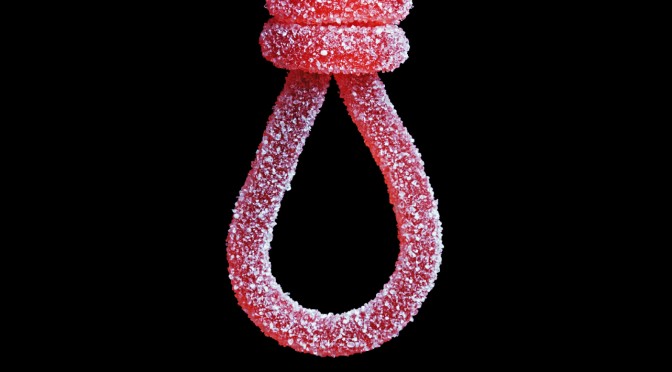 It’s National Chemistry Week and this year’s theme is the chemistry of candy. What do all candies have in common? Sugar. Lots and lots of sugar.

But when it comes to chemistry, what is sugar — besides delicious?

Sugar is the sweet name we give to strands of carbohydrates built with carbon, hydrogen and oxygen. The sugar we know and love most is sucrose, a carbohydrate strand composed of two simple sugars, glucose and fructose. These simple sugars are energy sources, absorbed directly into the blood stream during digestion — and the main culprits in a sugar high.

But sugars do more than give us a buzz, excess pounds and cavities. Complex sugars, called oligosaccharides, are a vital part of our cellular landscape, coordinating cell-to-cell interactions and stabilizing protein structures. Our immune system uses sugar in signaling structures. Sugars and lipids combine to differentiate blood types.

We are chock full of sugar — making it the perfect camouflage for a deadly virus.

In 2012, 1.6 million people died of AIDS-related illnesses worldwide. There are treatments but still no cure or vaccine for HIV, in part because of the arsenal of weapons the virus deploys to infiltrate and destroy the immune system. Sugar is one of those lethal weapons.

One particular HIV protein, called gp120, is covered in sugars, allowing it to slip through our immune defenses just like any other harmless protein. Now, Brandeis researchers are turning that sugary weapon against HIV, researching a vaccine that can target gp120.

Some immune systems are better than others at fighting HIV; they have broadly neutralizing antibodies, such as 2G12, which bind to gp120 and block it from being able to infect cells.

Isaac Krauss, assistant professor of chemistry, and his lab are researching an HIV vaccine that would boost 2G12 antibodies by designing clusters of carbohydrates that closely mimic the sugars on the outside of gp120. By using a technique of directed evolution, Krauss and his team have created several antigenic mimics, meaning they bind well with the 2G12 antibodies. Their next step is to test whether they are immunogenic, meaning if they can elicit an immune response.

If successful, these harmless mimics would spur the production of 2G12 antibodies, which would be able to identify the actual HIV virus and neutralize it.

And that would be very sweet.

Special thanks to graduate student Jenn Bailey, who sweetly contributed to this story.