We like to think of evolution as a fine-tuning process, one that whittles away genetic redundancies in pursuit of that elusive goal first articulated by Victorian intellectual Herbert Spencer: becoming “the fittest” species. The only problem is, we are not fine-tuned machines. Our bodies are chock-full of parts that either don’t work anymore (talking to you, appendix) or are so buggy that our biology has Macgyvered a way to make it work. 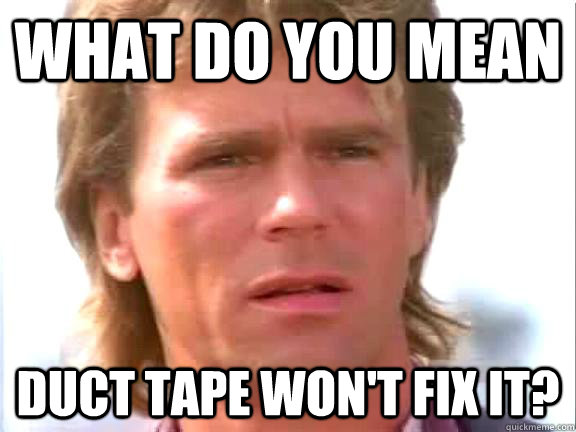 Take our DNA. No, seriously, take our DNA. It’s mostly garbage anyways. Fifty percent of our genome is comprised of genetic parasites, called transposable elements or transposons, that usually lie dormant. When they are allowed to move around the genome, they can wreak havoc on our genes. These bundles of rogue DNA sequences, nicknamed jumping genes, can hop into an essential gene and interrupt it, leading to a variety of mutations that cause conditions like infertility.

The woman who discovered transposons, Barbara McClintock, won the Nobel Prize in Physiology or Medicine, and is the only woman to receive an unshared Nobel in that category.

Our reproductive cells, called germ cells, are particularly sensitive to transposons, so they rely on a system called the PIWI pathway to keep the transposons in check. Scientists have long wondered how the pathway works and why, despite its checks and balances, do transposons still make up such a large portion of our genome. Understanding the system would help scientists demystify human infertility and other diseases that result when transposons run amok.

Brandeis biology professor Nelson Lau and his lab recently published two studies on the PIWI pathway, short for P-element Induced Wimpy testis. When the pathway is blocked in fruit flies, it results in small, infertile testes and ovaries.

Think of PIWI proteins as transposon bounty hunters and piRNAs as the wanted posters that provide vital information about the outlaw DNA.  But the piRNAs don’t offer a complete picture. “Germ cells do something very weird by shredding that wanted poster into a lot of small pieces,” Lau says. “Instead of carrying the whole poster, piRNAs carry what might look like part of a nose, half of an eye or a sliver of a lip.”

In a study published in RNA, Lau and his team, led by graduate student Josef Clark and former technician Christina Post, observed that PIWI proteins are careful. The proteins waited until they had a good composite picture from enough piRNAs before they clamped down on the transposon.

But that doesn’t mean the system is flawless. Far from it, Lau’s team discovered.

In a second study published in Genome Research, Lau and postdocs Yuliya Sytnikova, Reazur Rahman and bioinformatician Gung-wei Chirn observed new transposable elements in the fruit fly cells moving to different areas of the genome, affecting nearby genes. “We all knew that the PIWI pathway was continuously active, so the conventional wisdom was that it was doing a decent job keeping these transposons under wraps,” Lau says. “We stood corrected.”

It turns out transposons are not so easily subdued. Many slipped past the PIWI system, landing on new genome spots and impacting surrounding genes. Some transposons could even make disguises — long non-coding RNAs that Lau thinks are meant to trick the PIWI proteins.

This may explain why transposons continue to make up such a large part of our genome, Lau says. “The PIWI pathway works just well enough to allow our germ cells to develop, but not well enough to keep all of the transposons fully redacted,” he says.

This may seem an ineffective way to protect our genome — our body’s most important artifact — but there may be a method in PIWI’s madness. After all, transposons have evolved with every member of the animal kingdom, from sponges to humans — there must be some reason they’re tolerated.

Perhaps, Lau says, a bit of genetic mischief, in the right places, is good. It ensures genetic variation and diversity, which is important for a species to reproduce and evolve.

Like so much of our biology, it’s not pretty but it is effective — for the most part.