This post was written by Bethany Christmann, a PhD student in Professor Leslie Griffith’s lab.

I’m from Smithfield, Va., a small town whose biggest employer runs a pork processing plant. If you ever see Smithfield bacon in the grocery store, it’s likely from my hometown!

What did you want to be when you grew up?

Growing up, I was really indecisive. I wanted to be a writer, an architect, an astronomer, even a princess. I finally settled on meteorology in high school and chose a college with a great meteorology program. About a year into the program, though, I began to think I might have been wrong yet again. I took a neuroscience class the next semester, and found it fascinating. I had never been so excited about a field before, and my indecision vanished.

I’m researching the link between sleep and memory in fruit flies. It’s been known for a long time that sleep is important for storing long-term memories, but exactly how these are linked in the brain isn’t well understood. A colleague and I recently found that memory neurons are actively involved in sleep. This means that sleep doesn’t just support memory; they’re anatomically linked in the brain.

Some days, after a long and successful experiment, I’ll realize that I’ve just uncovered a fact that no one else knows. Until I tell someone else, I’m the only one in the world to know this particular fact. These kinds of tiny discoveries are exciting, and I want to share them with everyone I know. It’s okay that it’s no longer my little secret, because I’ll discover another one in a few days.

What is one, non-career related goal?

Outside of the lab, one of my goals is to become fluent in German. My husband is from Germany, and I would love to be able to engage with his friends and family and get to know them better. They are great people, and I want to keep improving and make them proud. 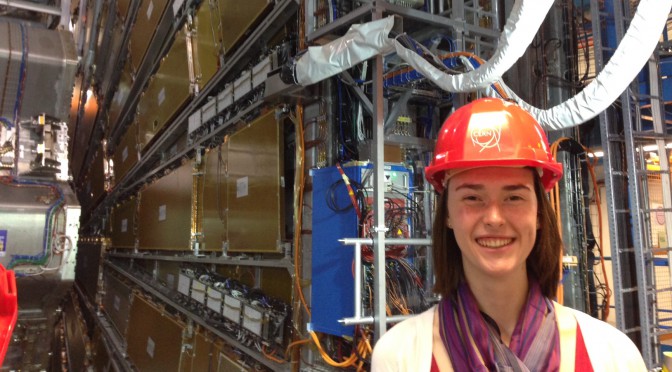