Anne Frank’s Diary was turned into an American play in 1955 by Goodrich and Hackett. In this version, Anne was viewed as a victim of universal suffering, not just Jewish suffering. The Jewish playwright Meyer Levin protested loudly and took his complaints to court.

Come hear a talk on the controversy by David Barnouw, Netherlands Institute for War, Holocaust and Genocide Studies, co-editor of the Revised Critical edition of Anne Frank’s Diary and author of several works on the Dutch experience in WWII.

This event is cosponsored by the University Writing Program and the Ethics Center. For more information, contact Heather Lefebvre. 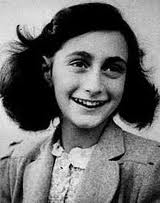