Media portrayals of Mormon women have focused on the potential for oppression and abuse within both the mainline church and fundamentalists sects. Drawing on her 17 years of fieldwork among fundamentalist polygamous Mormons, Janet Bennion argues that some “sister wives” find fulfillment and even empowerment through their domestic arrangements. In this lecture, she will be joined by historian Laurel Ulrich to look beyond the official patriarchy and find the subtle feminisms Mormon women embody.

Janet Bennion is a professor of social sciences at Lyndon State College in Vermont. Her latest book, “Polygamy in Primetime: Media, Gender, and Politics in Mormon Fundamentalism”, was published in 2012 by the Brandeis Series on Gender, Culture, Religion, and Law, a collaboration between the HBI and the University Press of New England.

Free and open to the public 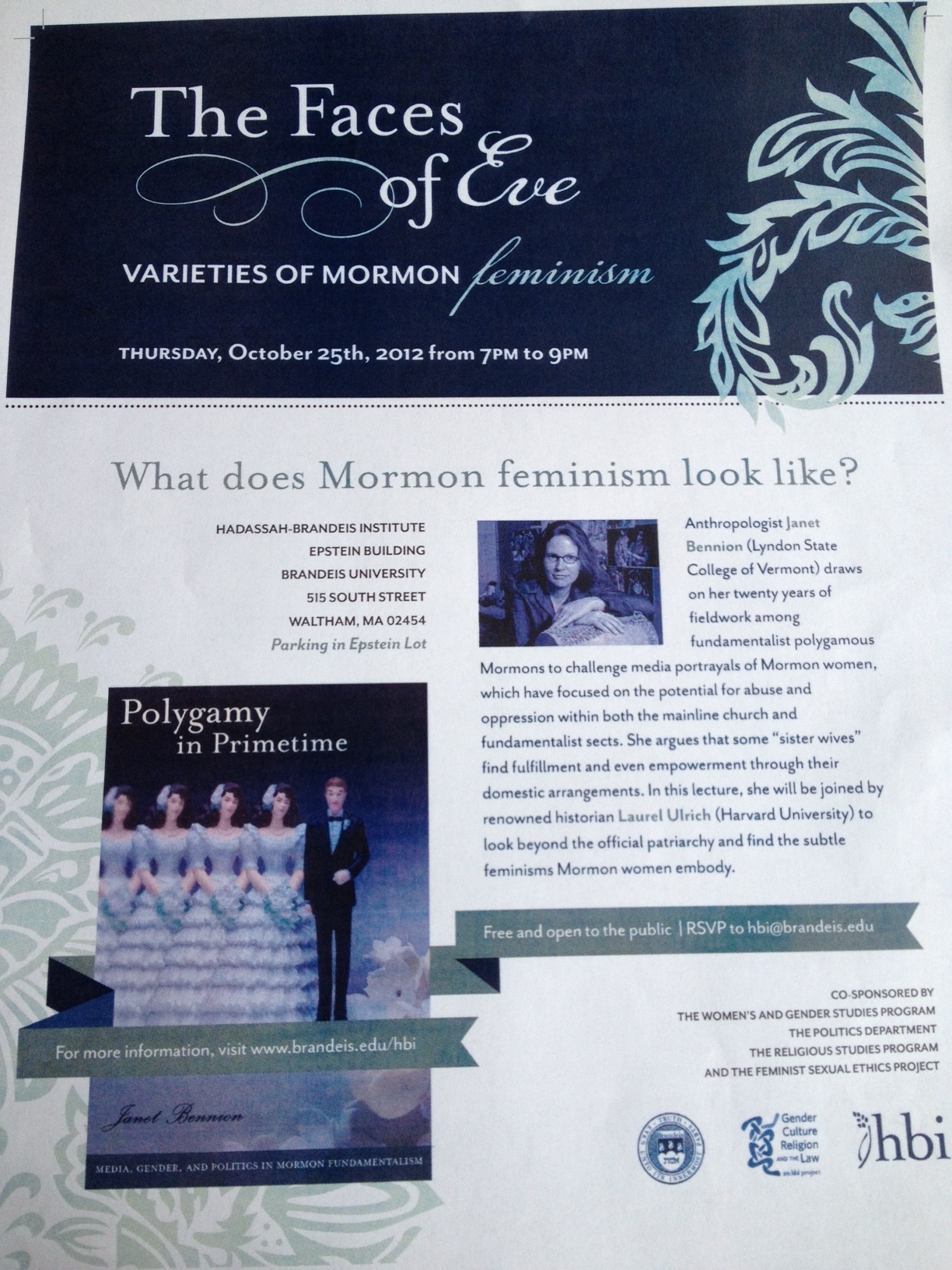