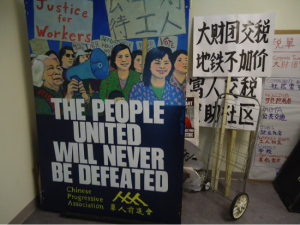 One thought on “A Week at the Chinese Progressive Assocation”