Anyone who is from the Dominican Republic or has lived here for a while may be well acquainted with the phrase esta es la tierra de los imprevistos, meaning  “this is the land of the unforeseen.” Never be surprised. As a general rule of every-day life and survival, Dominicans know that the unexpected must always be expected. The only constant variable you actually can rely on is the fact that unanticipated events will come up.

I arrived to the Dominican Republic five weeks ago to work with sexually abused girls from El Caliche, one of the most impoverished and marginalized urban slums in my city, Santo Domingo. I was going to help impart a summer camp that would help them enforce what they have learned (or haven’t learned) through our poor public school system. Sadly but not surprisingly, the funding that was promised to operate the summer camp was never received and the program consequently fell through. We have been trying to get a group of volunteers to still work with these girls during the weekends, even if it is not through an official summer camp, and we are hoping to start this Saturday! Updates on it will be coming soon.

In search for internship alternatives, my site supervisor suggested that I ask for work in Oxfam, one of the world’s largest international humanitarian organizations that works in over 90 countries to eradicate poverty, fight against injustice and advocate for human rights. I obtained an interview with Oxfam’s branch in Santo Domingo, and was accepted as an intern four weeks ago. I was immediately assigned to an investigation project that is directly related to the precarious living circumstances of El Caliche. 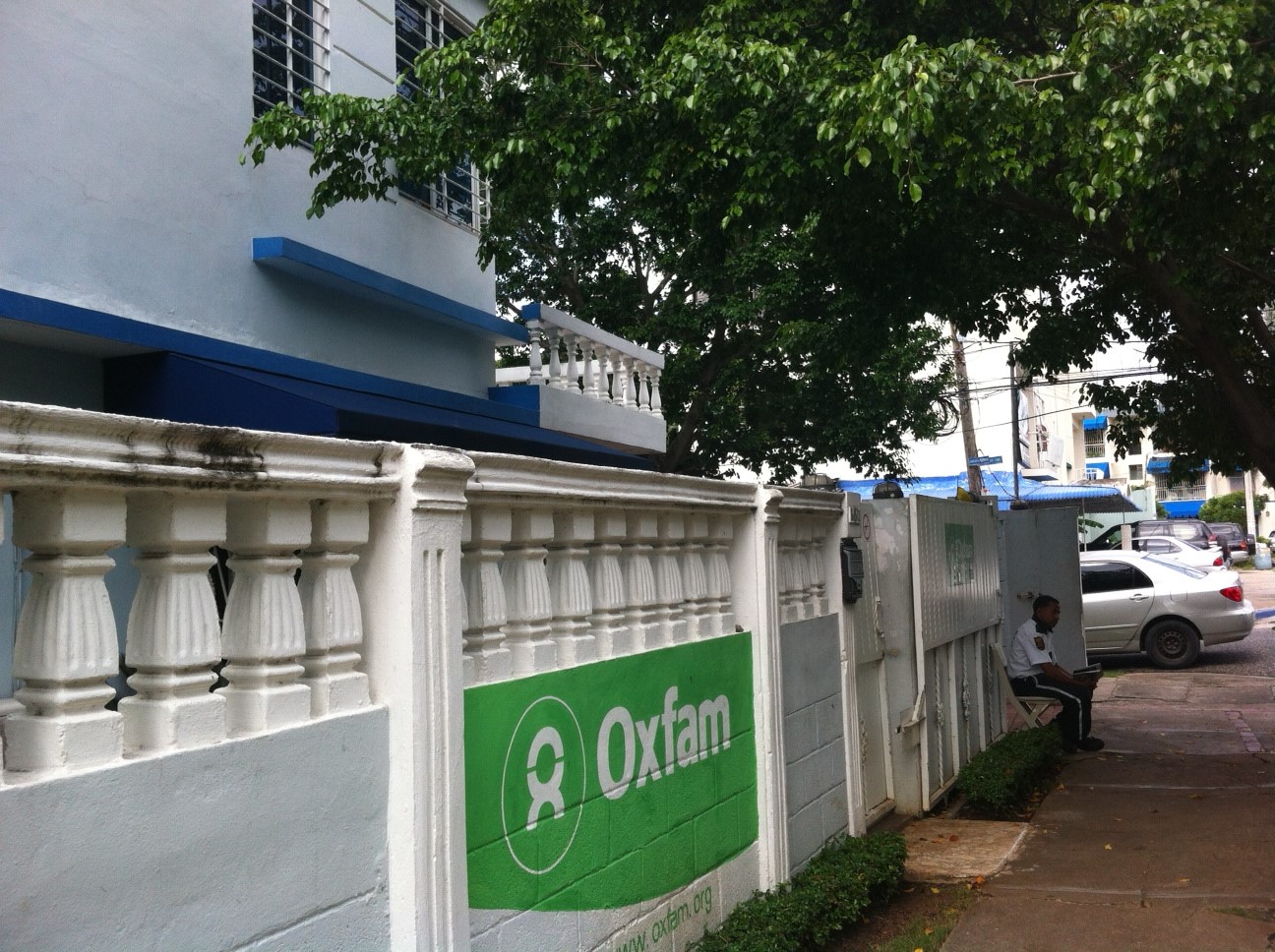 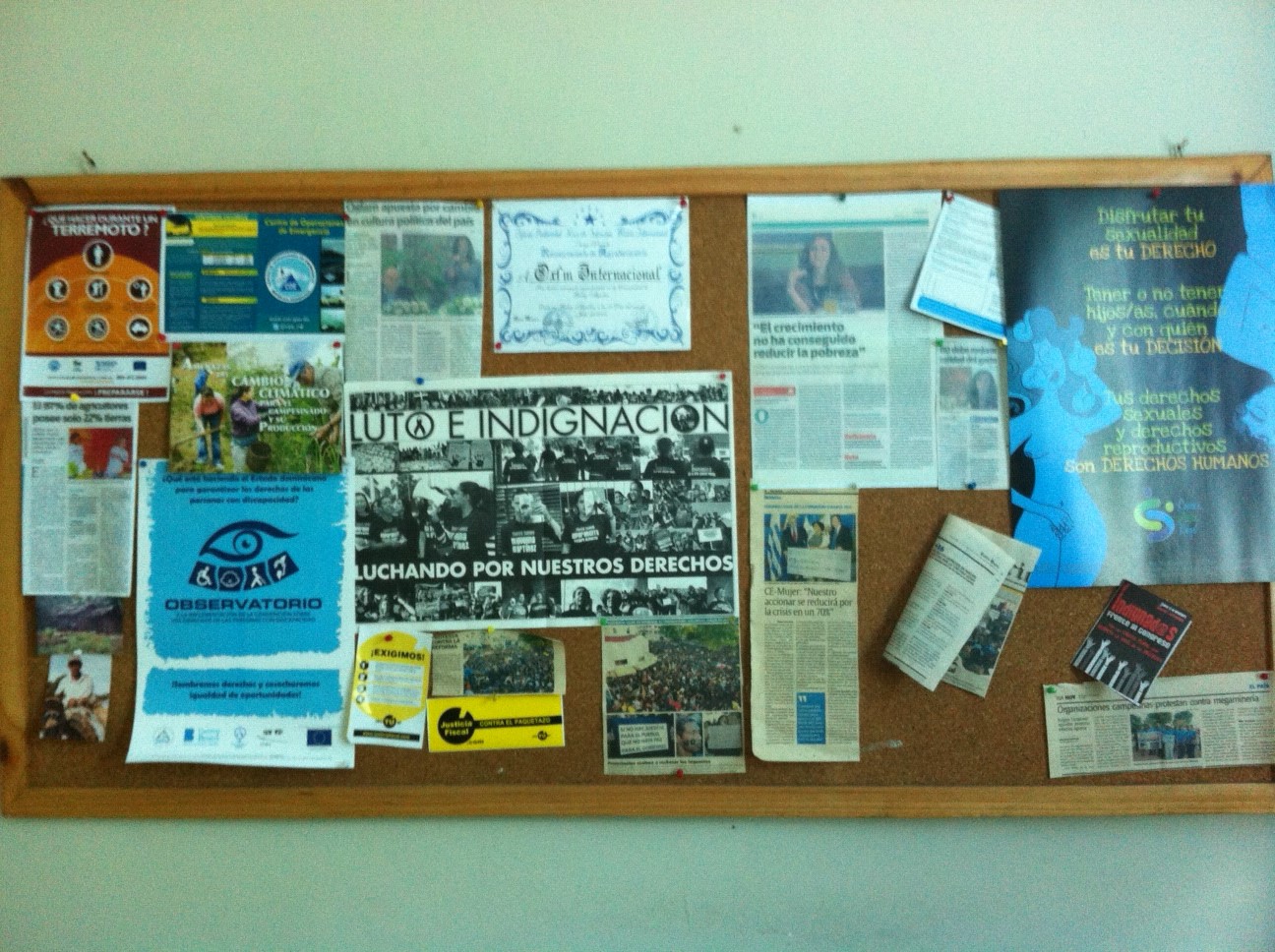 Because of the alarming high level of poverty, socio-economic inequality, and particularly imbalanced land distribution in the country, a very big percentage of the Dominican population cannot afford a place to live in. As a consequence, entire villages and urban slums composed of shacks made of wood, cardboard or even mud by the poorest segment of the population have been built on land belonging to the riverbeds across the country, which are by law supposed to be green areas off-limits to construction due to drastic river growths during the rain and hurricane season. 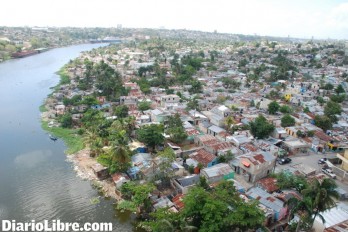 One might ask, if these lands are recurrently flooded, why do people choose to build their houses there? The reason lies in that these riverbeds are often the only available land that is not privatized, and therefore poor communities without any resources have nowhere else left to go. It is, theoretically, the government’s responsibility to prevent anyone from living in these dangerous areas and relocate them somewhere safe – but the political will to help this vulnerable and dispossessed segment of the population is completely inexistent. Thousands now live in these overpopulated riverbeds, and the empty promises of being given a dignified place to live in repeatedly vanish after every presidential election.might ask

In light of these circumstances, every year during the hurricane season hundreds and sometimes thousands of families lose their homes and their means of subsistence due to large-scale floods and destructive winds. Entire villages are recurrently swept away by rivers or submerged under highly contaminated water, leaving behind infectious diseases and a myriad of other problems with each tropical storm or hurricane that comes by. El Caliche is unfortunately one of these communities. 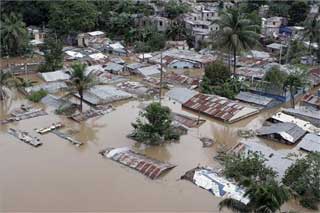 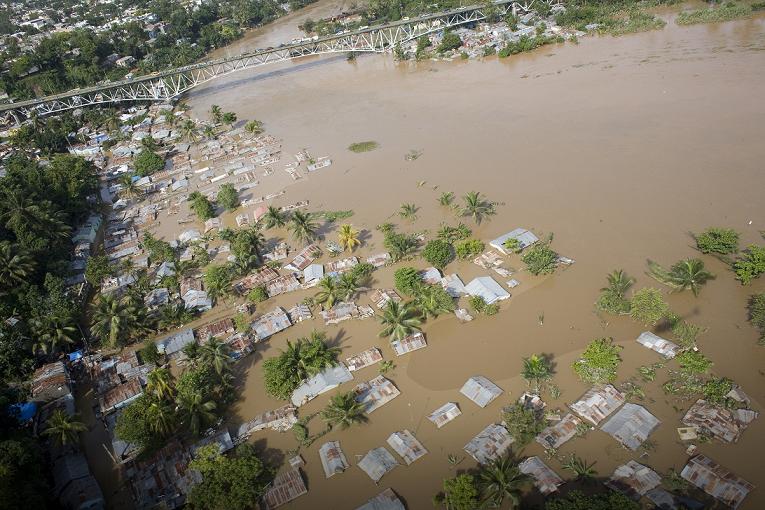 The government, in response to this scenario, sometimes evacuates villages or slums that are at high risk of being flooded and relocates them in provisional shelters next to those communities who have already lost their homes and no longer have a place to live in. In theory, these aggrieved communities will only temporarily remain in the precarious, often improvised, and drastically overpopulated shelters until the government fulfills its promise and responsibility of reconstructing their homes.

However, in most cases, the government never keeps its word and does not give any further assistance to the refugee population past the emergency response stage. That is, the communities relocated by the government into provisional and overcrowded shelters are more often than not neglected or bluntly abandoned by the authorities and left at their own expense without access to water, food, or medical attention, not to mention the inexistence of a sewage system, toilets, schools, proper infrastructure and electricity.

The most outrageous part (though sadly not surprising at all) is that some of these communities have been abandoned in these “provisional” shelters for over 30 years since hurricane David in 1979 – and virtually no one knows about it. There is no record of how many refugees there are, what communities have been displaced, or what has happened with the populations relocated into government shelters after the storm or hurricane is over. The information has either been silenced, deliberately hidden – or the worst option of all – never been recollected because no one ever cared. It is a population that was made invisible after their country forgot about them past the first or second newspaper headline.

My assigned task: to find out where these communities are located, how many there are, how many families are still living as climatic refugees and for how long, under what circumstances they live in, how have they managed to survive, and why hasn’t the government done anything to fulfill its promise. Where has all the budgetary money destined to rebuild houses gone? If the refugee population is still homeless, who has received all the houses that the government claims to have spent millions in building? Who is responsible of giving continuity to the situation of these refugees? Their constant cries being ignored, who is there to advocate for their rights?

The level of chaos, disinformation, institutionalized corruption and deliberate negligence that is present with the funding, construction and distribution of houses destined for storm and hurricane victims is alarming and deeply disturbing to say the very least. When I petitioned an interview with government officials to request information – which by law every citizen should be able to have access to – they hung up the phone. I now have to call from a different phone number each time (and have them hang up again) or otherwise they would not even pick up knowing it is me who is calling. 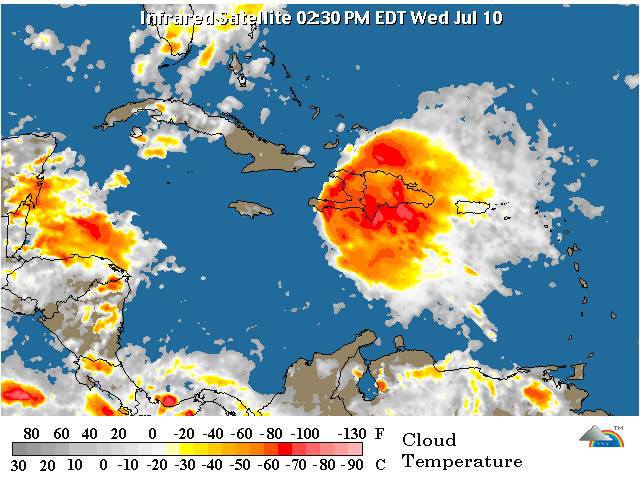 Hurricane season has already started, and tropical storm Chantal came through the Dominican Republic yesterday, leaving floods across the country and 6,500 people displaced. All government offices are closed, and the country has been “paralyzed” since Tuesday and will remain so for the rest of the week. Evacuations of high flood risk areas were in place Wednesday morning, but government officials had to take people out of their houses at gunpoint, as per usual. Why? Because even if this population knows they will be underwater in a few hours, they refuse to leave their homes. Leaving would mean that anyone could come and steal the few possessions they have… They prefer to bet on the river not sweeping their houses away. 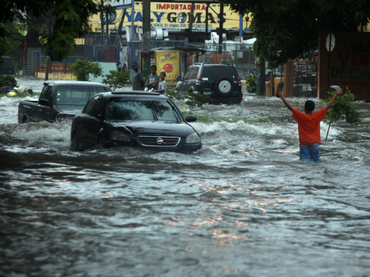