I must say it’s been quite a busy summer. Almost all my time has been divided between fieldwork, reading journal articles and writing research proposals. I still find it amazing that I have actually met or indirectly know a majority of the scientists that wrote these articles.  The articles have been very helpful in getting a background in tick based research and different lab methods I could use for analyzing the ticks after I have finished collecting them in early August.

I must apologize though; I realized I never explained how we actually collect ticks during my last post. It is actually a pretty simple method; once all of the equipment is made it take only five steps to collect ticks. First, you take the flannel flag (A) and drag it behind you as you walk through the forest for 30 seconds. This time equates for approximately 15 meters. Once this is completed, you hold onto the upper corner of the flag to avoid getting any ticks on you. While holding the flag, you scan both sides and count all of the ticks on the flag; this is critical since it is more important to get a tick count than actually collecting the ticks. For the third step, you take the very fine tip tweezers (B), be careful not to poke yourself…it hurts, and you take each tick off and place it into a humidified vial (C). Next you record the total number of ticks collected during that sweep on an index card. After you have completed this process 25 times, you put a fine mesh (D) to allow airflow into the vials while being stored in a refrigerator.  It’s really incredible, using this technique over the last two months Professor Olson and I have collected over 1,100 ticks! 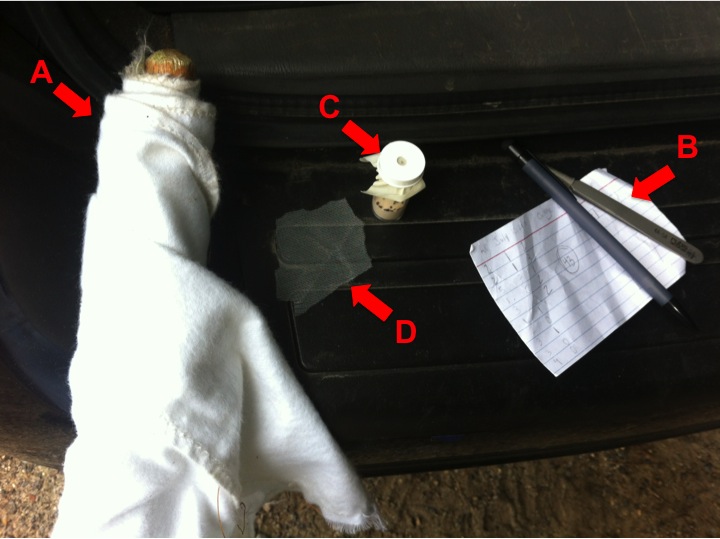 While I have had to deal with countless mosquito bites and fortunately only one tick bite, the real challenge has been learning how to apply the knowledge from my readings to writing memos. Through this summer I have had to write a memo to the Town of Weston describing the general concept behind the research. While this memo was easy to write, I really had to work on making a comprehensive research proposal/memo for the Town of Dover’s Lyme Disease Committee. Professor Olson and I have been working to create another long-term project that utilizes deer exclosures to analyze the effects of the absence of deer in an area. While this project started with an exclosure that was maybe 30 square meters, over the last few weeks it has expanded to potentially have several 5 acres exclosures. It has been both fascinating and rewarding seeing how this project has expanded and changed over the last few weeks.

Through this experience I have refined my ability to justify research while gaining support for it. This will be invaluable in the future since I will need to prepare many research proposals. 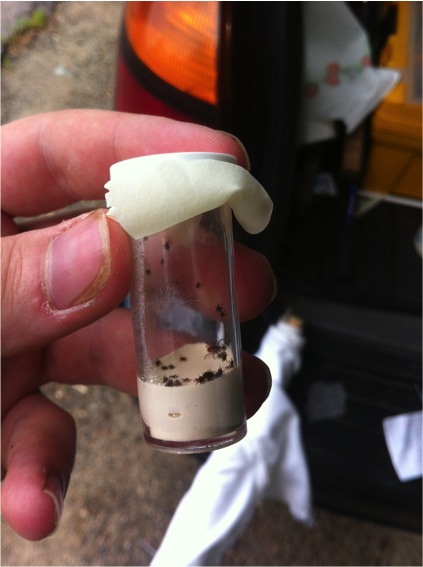