It’s 5pm and I’m standing at the head of a conference table in a downtown Boston law firm. In the room are lawyers, injured workers, and advocates. Another intern and myself are about to facilitate a bilingual meeting. Everyone in the room is older and mostly everyone is male. Our supervisor coaxed the attendees to the meeting, now it was left to up us to gain their respect and insight.

The purpose of the meeting was to determine the substance of our report on the workers’ compensation system. We are seeking a balanced perspective of a complicated and convoluted system that treats participants unequally. During my time at the Massachusetts Coalition for Occupational Safety and Health I’ve met with lawyers, doctors, advocates, and low-wage workers. Each interview has its own flavor and end goal, revealing a different view of the workers’ compensation system.

I feel my confidence grow after each one-on-one and group meeting. I and the other intern prepare and debrief after each interview to hone our approach. I’ve learned to employ open-ended questions and to not shy away from critical ones. We’ve also come to recognize the importance of language and setting to gain the trust of both professionals and laborers. We’ve developed relationships and fought to demonstrate that we are knowledgeable and determined, despite the generally disparaging and transient connotations of being an intern. With each connection we make, I know I am gaining valuable professional tools for my future career.

A major goal at the beginning of the summer was to meaningfully contribute to my community. MassCOSH has successfully advocated for several pieces of legislation that benefit injured workers. Most recently, they were part of successful campaigns to raise the minimum wage in Massachusetts and to increase burial allowances for workers killed on the job. Next, MassCOSH intends to pursue changes in the workers’ compensation system to ensure low-wage and non-English speaking workers can equally access their rights. Our report will inform what specific changes MassCOSH lobbies for. Having seen the organization’s previous policy successes I know my report is a meaningful piece of the process rather than something that will be put in a drawer come September. 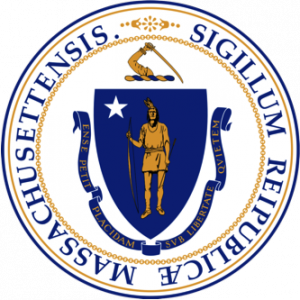 Compiling a report for MassCOSH has led to more practical skills than I could have imagined. Knowing this report is a serious document that will precipitate greater change makes even the hours researching in front a computer fulfilling. In the short run, I’m looking forward to our next step of passing around the draft to receive feedback from various contributors. In the long run, I’m looking forward to a radical overhaul of Massachusetts’ workers compensation system.