The day after Trump was elected was a hard one. I attended Professor Luis’s Sexuality and Healthcare course. We had spent the entirety of the semester discussing the systemic oppression woven into the American healthcare system, and the dark history of the HIV/AIDS epidemic in the United States. It was painfully relevant. We discussed our fears for the future of healthcare in America under the Trump administration, and the implications for the queer community. The historical background I learned in that course, particularly of the HIV and AIDS epidemic, equipped me with the historical context of which our studies are grounded. 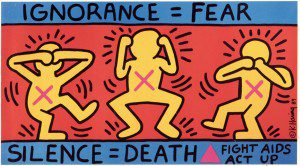 Activists had to fight hard to push policy forward that would allow HIV positive people to live longer, healthier lives. A key component in this process is research on prevention and treatment. Further, the Trump administration’s proposed healthcare plan has the potential to severely devastate the mentally ill and limit access to sexual health services. The American government is sending the message to LGBTQ+ and other marginalized people that they do not matter, a narrative that echoes President Reagan’s mishandling of the AIDS epidemic at its peak. As we discussed in Professor Luis’s course, conducting research is key to changing that narrative. At the height of this epidemic, this led to revolutionary outcomes like the development of medical treatments and prevention. While these developments were crucial in reducing the spread of HIV and allowing HIV positive people to live longer and healthier lives, the work is not done. 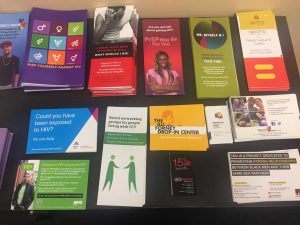 Taking Professor Luis’s course motivated me to seek an internship in psychological and public health research that is accessible, applicable and politically relevant in this critical moment in history where so many people’s healthcare is in jeopardy, particularly people who carry marginalized identities. This is a crucial time for psychologists, medical professionals and public health experts to harness their powerful role in producing research that helps push policy forward, to offer practical solutions to solving the issues unique to LGBTQ communities, and to give marginalized communities a voice in their own liberation.