One of the foremost social justice goals of the Center for Autism Research is to expand the scope of research, and along with it diagnosis and treatment, to classically underrepresented populations. Currently, CAR is working to accomplish this goal through the development and ongoing use of the response to name smartphone application. As discussed in a previous blog post, (which you can read here!) diminished response to name is a hallmark feature of autism. CAR has created this mobile app to record how various children, those with autism, children with developmental delays, and typically developing children, respond to their individual names. The goal of the response to name app is both to understand the differences in response to name in these different populations and to determine if it can be used as an early indicator of autism as well as to incorporate a more diverse participant pool into the research. 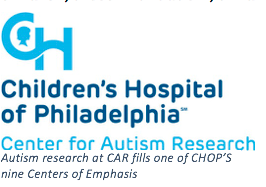 Here, change and progress mean taking a different approach to how research is typically conducted. Instead of participants coming into the Center for Autism Research office in Philadelphia, they are able to participate in the research project from home, the supermarket, or any other place that is customary to their everyday lives. This shift in the way the data are collected requires many small and larger steps that I have been able to be a part of throughout my time at CAR.

The first step was developing the app, which I was able to make my mark on several summers ago when I drew out the tutorial for how to use the application. This summer, I have worked on coding some of the pilot videos. I have watched numerous trials and analyzed them for any atypicalities in the way the child’s name was said and for the degree to which the child responded to his or her name.

Currently, several summer interns including myself are part of a new project called the summer screening study that is aiming to recruit more individuals to use the response to name app. We are doing this in order to determine who actually participates in the study and to ensure that the participant pool is in fact demographically and socioeconomically diverse. Later, when a larger study is conducted, researchers will be sure that the application is truly reaching people of diverse backgrounds.

As one of the interns working on this project, we visit a primary care practice at the Children’s Hospital of Philadelphia and recruit patients 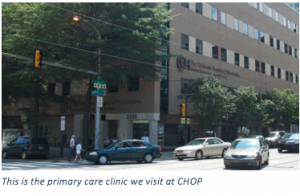 from the waiting room. We explain the complete study to the families, help them through the consent process, and download the smartphone application with them. This is an exciting and more hands-on way for me to participate in the research process!

I have really enjoyed the process of watching the response to name application study unfold as it attempts to capture a more representative sample. I am excited to see the next steps and where the research and data collected will go as well!