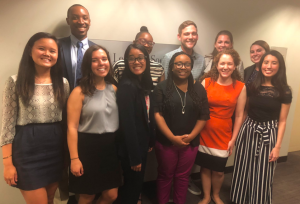 I'm a rising Senior majoring in Politics and minoring in Business, Economics, and Legal Studies. I intend on going to law school after my time at Brandeis. I'm interested in public interest law, in particular housing discrimination. View all posts by La'Dericka Hall