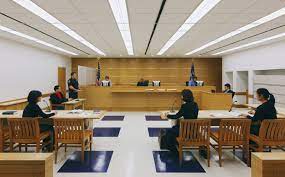 Coming to Brandeis, I had ambitions to join the work of the United Nations and similar international organizations because of my belief in their missions to provide a more cohesive and progressive global political atmosphere. Throughout my classes in the international and global studies department, as well as the politics department, I have since changed my viewpoint on these organizations. I now interpret them as being soldiers for neo-globalization that subtly call for the exploitation and marginalization of previously colonized countries.

Through research and readings, it is apparent to me that the current structure of our international organizations places the capitalistic endeavors of Western states and countries with large amounts of capital or resources over the concerns and cultural sensitivity of the global south. While human rights issues are rightfully being brought up in many Western states, it is these same Western states that are forcing the global south to undergo structural changes to become more “progressive” when the effects of these changes really only ever economically benefit the aforementioned Western states. Along with the hyper-criminalization of the leaders of underdeveloped states, I believe, these changes work more toward creating an unbalanced world focused primarily on the exploitation of resources and consumption.

I have found that, while these organizations say that their intentions are for the betterment of the global community, corruption and bureaucracy appears to have a stronger grip. The need for consensus without an already equal world translates to veto powers and certain states becoming major decision makers in a way that makes the function of diplomacy in the way we know it almost futile.

Consequently, such findings have led me to look for work and organizations that have a principle of improving itself and allowing change in their goals for a more just world. Organizations need to have not only a goal of achieving social justice, but have it built into their system to consistently improve upon itself and dismantle the power hierarchies that may persist through its structure. Stagnancy is what leads so many good-meaning organizations to becoming perpetrators of power imbalances and contributing to the system of problems itself rather than dismantling it.

Through my Brandeis experience, I have been led to look for organizations that work to directly aid marginalized people as they navigate systems that subliminally exploit them for their labor or resources and subject them to further subjugation. I enjoy the work of my internship for this reason, as the Court Service Center acts as a liaison that addresses the direct concerns and issues of people who cannot access the justice system due to lack of money or resources. The Court Service Center interacts with real people who have real issues that are always reduced in priority or importance because the person behind the issue does not have money. Consequently, in my internship, I look to consistently provide extra support and a sense of understanding on top of legal aid for these people who are unable to navigate a complex family court system, and hopefully work towards achieving better family dynamics.