The Akshaya Patra Foundation, which provides a mid-day meal every school day to approximately 1.4 million Indian youths, is the largest provider of mid-day meals in the world. This summer, my main responsibility is to interview parents, teachers, headmasters, and, when appropriate, the general public, in order to gain insights into the ways in which a daily mid-day meal motivates families to send their children—and especially their daughters—to school for longer periods of time. The Akshaya Patra Foundation has two primary and interrelated goals. First, the Foundation seeks to supply children to with a mid-day meal to incentivize participation in government schools and, consequently, to help alleviate child labor and slavery. Often times, children attending government schools are forced to drop out of school to work menial and often dangerous jobs to provide supplementary income to their families. Since the children are fed during the school day, it often becomes possible for them to attend school, rather than working to pay for their own mid-day meal.

Every day, I will visit three government schools and interview children ranging in age from seven to sixteen years old. I will interview nine children per day. In addition, over the course of the summer, I will interview several former mid-day meal beneficiaries who have received scholarships towards the cost of their post-secondary education. I will use these interviews to write a series of “case studies” for the Foundation. These “case studies” may be circulated internally within Akshaya Patra, or may be displayed on the Foundation’s website with the hope of motivating potential donors to support the Foundation by qualitatively demonstrating the “impact” of the mid-day meal program.

Akshaya Patra is far from the only NGO to supply a mid-day meal to Indian youths. The Foundation receives half of its funding through the Indian government due to a federal mandate and national scheme that required that every child enrolled in an Indian government school is entitled to a mid-day meal. Since Akshaya Patra’s Bangalore headquarters raises approximately 40 percent of the necessary operating costs, funders that give in the United States account for only ten percent of the overall expenses. This differentiates Akshaya Patra from many other transnational NGOs. Because all of the food production—and the vast majority of the fundraising—come from Indian sources, the Foundation it is much more likely to remain sustainable in the communities that it serves.

Since the Foundation has asked me to write about “success” stories in order to demonstrate “impact,” I have proposed a senior thesis topic that explore the relationship between “success”—as defined by the informants—and caste/class status. More specifically, I have proposed to write about how notions of “success” are used by transnational NGOs, like the Akshaya Patra Foundation, as a means to motive foreign donors—primarily from the United States and western Europe—to support their work. I will engage with issued of “modernity” and “progress” as a way to interpret what “counts” as “success”—for the Indian students, for the transnational NGOs, and for the foreign philanthropic audience.  I’m hopeful that this work, which will be informed by the interviews I conduct this summer, will also be helpful to the Akshaya Patra Foundation. I’m looking forward to sending a copy of my findings. 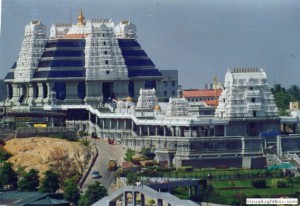 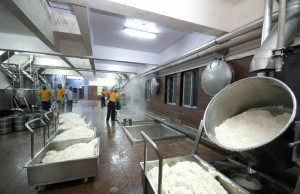 I arrived in the city of Chennai, India on a steamy evening in June and it has been a whirl of crazy auto rides, dosai, mangoes, toilet mapping, and new colleagues at my internship with Transparent Chennai ever since.

Formerly known as Madras, Chennai is located in the south-eastern state of Tamil Nadu, on the Bay of Bengal. With a population of 4.68 million people, it is the 6th largest city in India, and struggles considerably to meet the needs of its citizens, partly due to the incomplete and inaccurate nature of the data surrounding public infrastructure held by the local government body (the Corporation of Chennai.) Transparent Chennai, a research based organization at the Institute for Financial Management and Research, strives to fill in this gap. Its mission is to collect and redistribute information about civic issues to the citizens and government of Chennai and provide a platform for the people to have greater input in city planning and governance and to advocate for a safer, healthier city.

The majority of my work in the coming months will be on the cleanliness and availability of public toilets; a key issue for sanitation and health, particularly in a city like Chennai with a large population of informally settle people who do not have private bathrooms. Women are particularly affected by this as they are vulnerable to sexual assault when using the toilet and require more privacy as there is greater shame surrounding the act of relieving themselves, while low quality facilities in schools can contribute to girls dropping out once they hit puberty.

My work will involve organizing mapping of the city streets to gather information on all existing public toilets and assisting the development and implementation of a survey for mapping out toilets in public schools. Digitizing this information, creating maps for the public, analyzing the data and making reports for the government will also take much of my time. In addition to this I will assist in the copy editing the blogs posted on our website, as well as writing two of my own blog posts.

(The first of which can be found here! )

My interest in working at Transparent Chennai stemmed from an Anthropology of Development class I took last fall. We studied how development projects often came about without any consultation of the people whose lives were being “improved” and provided what was not needed (or wanted) if they managed to produce anything at all. This experience inspired me to try to find an organization that recognized and addressed this seemingly common problem in development work.

I started getting in touch with people I knew that were involved in urban development work and it was these conversations that ultimately led me to Transparent Chennai. I got in touch with the director directly, and despite her busy schedule she took the time to email with me and talk over the phone about how Transparent Chennai came to be, the challenges associated with living and working in a developing country and my professional goals.

From the start I felt that Transparent Chennai would be a good fit, and so far that has proven to be the case! As it is a relatively small organization there was a lot of flexibility in the work I wanted to do, and continues to be in my first weeks. Everyone here cares about their job and works really hard, while also being incredibly welcoming and social! I was able to immediately jump right into it, organizing and co-leading a mapping session for 46 student volunteers, editing four blog posts, learning how to use QGIS, and digitizing the data all in my first week!

My goals to improve my data analysis skills, my writing — particularly in a professional context — and to gain experience in the field of urban planning, are already being met, and so far I feel very lucky to have found this internship.

The foundation aims to provide quality healthcare and education, and to expand educational and employment opportunities to youth members of marginalized communities, with a high emphasis on urban slums. At 3 years old, the Dove has already established three programs including Project Arambh, which has received the 2010 MTV Staying Alive Foundation Award.  Project Arambh provides HIV/AIDS and reproductive health education to the low-caste community of bicycle rickshaw pullers in India. The Dove Foundation also runs two other programs: The Youth Education Program (2011), and the Community Involvement Program (2012).

I found the Dove Foundation through internship site leads posted on the Brandeis India Initiative website. I emailed Abhinav Singh, the listed Dove contact person, showing general interest in their organization over winter break.  I soon received an enthusiastic response that we might be able to work together.

As a Communication Intern for the Dove, I will help develop the organization’s online fundraising campaign; create a short promotional video about various programs sponsored by the organization that will be distributed on social media sites and webpages; facilitate programs for members of the marginalized communities that Dove assists; write and edit web content and brochures; and manage the Foundation’s social media sites.

When I first arrived at the Indian Medical Association Building, where Dove Foundation is based, I was thrilled to finally meet Abhinav Singh and Mohita Keshware, my two internship coordinators with whom I had been corresponding with since last winter.  Both introduced me to several other Dove volunteers, all less than 35 years old.  The youthful spirit and energy of the group of volunteers is contagious, and makes working for this organization much more fun. I’ve already picked up some interesting slang from my co-workers.

The first week, the Dove organized the World Blood Donation 2013 mega event.  My first day at work involved advertising the Dove Foundation’s blood donation campaign in Varanasi’s bustling IP Sigra Mall.  This was fantastic exposure.  I met up with other Dove volunteers, and learned several phrases in Hindi about the blood drive:

The following day, I visited a local ashram/ orphanage with Dove volunteers to create a skit for a street theater performance with the young children for The Dove Foundation’s World Blood Donation Day rally.  For this, I learned more lines in Hindi, and felt warmed by the bright faces of the young boys.

The rally was the most exciting part of my first week.  An open-backed van mounted with several large speakers pulled into our office parking lot for the rally event.  We decorated the van with vinyl posters and white and red balloons on all sides. The van blasted music as it drove towards the IP Sigra Mall, where  a large crowd gathered. After we performed our skit for a hundred or so pedestrians, the van drove to its second destination, the gates of Benares Hindu University, for a flash mob performance to promote World Blood Donation Day 2013.  A procession of motorcycles roared along the van’s path and volunteers holding signs followed the van as it reached the destination. As the van made frequent stops to announce its campaign to the community, volunteers distributed informational pamphlets and free coupons to a local restaurant.

At the gates of the university, loud music began to play and a group of fifteen dancers gathered behind the van.  The crowd circled around them, and the dance troupe broke out in a choreographed hip-hop piece. In addition to publicizing World Blood Donation Day, and passing out pamphlets, and acting in a Hindi skit at the rally, I also took pictures.

Overall, my first week at the Dove Foundation made me even more excited to be working for a group of energized creative individuals for the rest of my summer. I anticipate learning much about how non-profits function in non-western countries, in addition to understanding the conditions and issues facing the marginalized populations the Dove Foundation assists.

Check out my more frequently updated blog…more focused on cultural musings and interesting tidbits about my travels in India.