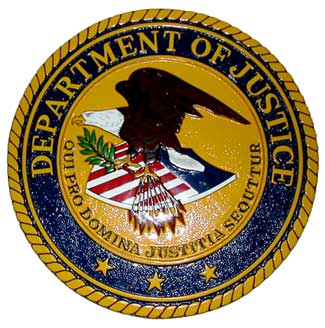 Hi everyone!  This summer, I will be interning at the U.S. Attorney’s Office, which is part of the U.S. Department of Justice; each state has at least one U.S. Attorney’s Office that investigates and prosecutes violations of federal statutes.  I am interning at the Eastern District New York Office on Long Island in the Criminal Division, which deals with the enforcement of federal criminal laws within the district.  As an intern at the office, my role is to work with Assistant U.S. Attorneys and Paralegal Specialists in trial preparation and various administrative assignments.

I also have my own projects including conducting legal research and drafting legal briefs.  Some of these things I had previously gained exposure to at my internship at the District Attorney’s Office in Suffolk County, Long Island last summer.  In fact, it was actually through a reference from my mentor at that internship that I discovered the position at the U.S. Attorney’s Office.  Go networking!

I should mention that if the descriptions of the work that I do at my internship sound vague or imprecise, it is not unintentional.   I was told at least a few hundred times during my orientation that I would be privy to sensitive information at the office that I could not discuss.  I am also unable to bring a camera into the federal building to take photographs of my work environment, so you may have to use your imagination.

Nevertheless, last Friday was orientation day.  All of the interns congregated in the office library (which unbeknownst to me at the time would become intern HQ for the summer).  We received packets of paperwork to sign and submit, watched informational and inspirational videos about our roles, and went on a tour of the building.  At the end of the day, each intern was assigned one Assistant U.S. Attorney and/or Paralegal Specialist to work with.  Out of the 30 or so interns, 27 were law students (which came as no surprise to me, since I was one of the only college students at my last legal internship, as well) who were paired with Assistant U.S. Attorneys in the Criminal or Civil Division.  The three college interns, myself and two others, were paired with a Paralegal Specialist.

During my first two days, I had mainly administrative and office duties to perform such as scanning documents, organizing trial exhibits into binders, and copying documents for discovery.  I also had the opportunity to observe a jury trial in federal court, which was fascinating to watch since I had already seen hours of district court proceedings.  Over the last two days, I have been working alongside my Paralegal Specialist on drafting answers to complaints for civil cases (which my Paralegal Specialist assured me I would have to write for my Bar Exam so it’s good that I’m starting early!).  Once I master the format for drafting these answers, I can expect to do more work on preparing briefs on my own.

What has stood out about my internship to this point is that interns are trusted to complete vital tasks that not only benefit the office, but also the interns’ prospective legal careers.  In addition, more than any job or internship I’ve ever had, I’ve found that the interns are a very close-knit group.  All of us work together on the same two floors; we all eat lunch together, do research in the library – you’d be hard-pressed to find an intern at this office in a group of fewer than three.  And even though some of the other interns are as much as a decade older than me, some of the most educational moments I’ve had have been in conversations with them, which have provided me with a preview of law school, applying to work at law firms and the legal environment in general.  I am looking forward to the upcoming intern social events (we have a summer 5K run, a pizza party, and a softball game against the U.S. Marshals on the calendar), so I can continue to hear more of their stories.  Hopefully by my next blog post, I will have learned everyone’s names!