After arriving at Louis Armstrong New Orlean’s International Airport, a nice warm humid hug welcomed me into New Orleans. This warm embrace was the beginning of many as I met so many warm souls all over New Orleans and at my internship site, New Orleans Video Access Center (NOVAC). Located near the Mississippi River, NOVAC was started by a group of AmeriCorps VISTA fellows who wanted to see an organization in New Orleans that fostered the creation of socially conscious independent films. Although NOVAC’s mission has evolved over the years, NOVAC still provides New Orleans’ filmmakers with workshops and the resources necessary to create their own idiosyncratic pieces. Aside from aiding the independent filmmaking community, NOVAC connects New Orleans’ youth with people in the film industry and NOVAC also allow these teenagers to enhance their visual storytelling skills, whether through NOVAC’s digital storytelling camps or through their new exclusive HBO/Cinemax Quarry internship program that gives 15 local teenagers the opportunity to work on the set of Cinemax’s new series, Quarry, for three weeks! 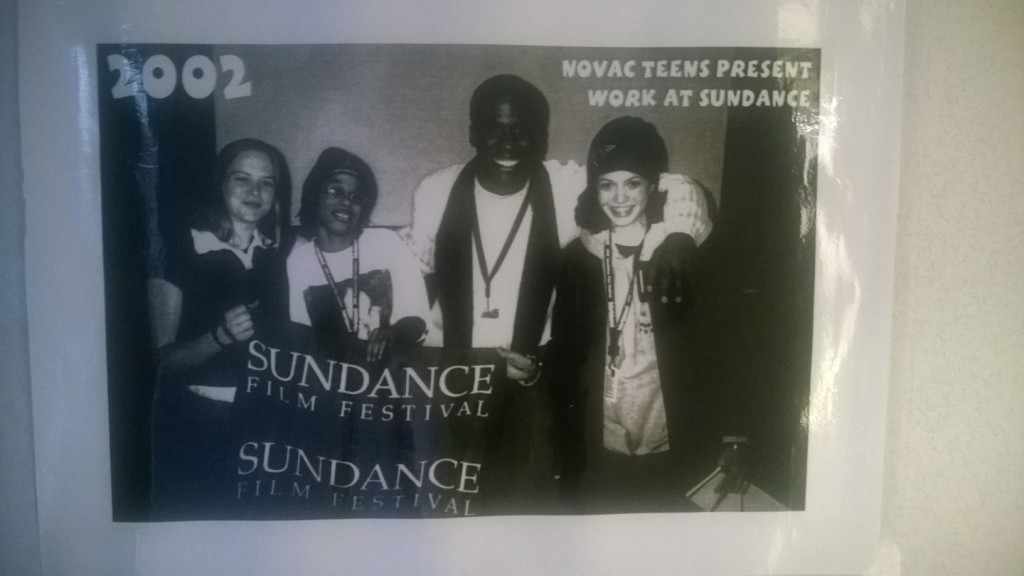 If my first week at NOVAC is any indication of the work that I will accomplish this summer, then I know I am going to return to Brandeis in the fall equipped with advanced editing and design skills and an appreciation for community-based film projects. As junior year approaches, I worry about potentially leaving Brandeis without the technical skills necessary to enter the film industry. In the past couple of days, I have been developing my design skills by creating promotional materials for NOVAC’s sponsored documentaries. Documentaries under NOVAC’s fiscal sponsorship program can use NOVAC’s non-profit status to apply to more grants and to appeal to individual donors. As an incentive, individual donors will receive a tax reduction if they donate to film projects under this program. Raising money for film projects can be a troublesome task for independent filmmakers, since they usually don’t receive support from entertainment conglomerates. This past week I created website banners for two documentaries and one film in NOVAC’s fiscal sponsorship program: Flotsam; Battlefield: Home; and Easy Does It. Since this was my first summer project for NOVAC, I was eager to display my creativity. However I was also scared of not meeting their expectations. My resourceful and encouraging supervisors were there to guide me through my first assignment and my anxiety soon went away. As I was creating these banners, I gained a more in-depth understanding of NOVAC’s sponsored projects and I was inspired by the way these filmmakers were using film to ask questions about their environment, society, or an issue that they feel is underrepresented in the media. For example, Flotsam is a documentary that looks past the common depictions of Mardi Gras as a glorious celebration to reveal the amount of debris left behind when everyone grabs their beads and leaves the party. Flotsam just unleashed my thirst for finding new content that questions the things that I look past.

Flotsam and NOVAC’s sponsored projects allow me to peek behind the curtain and discover the ways our local filmmakers are engaging with their community to raise awareness about their concerns. Soon, I will start converting videos in NOVAC’s archive to a digital format. After we digitize the videos, they will be available online for the public to access. NOVAC’s video archive managed to survive Hurricane Katrina but through NOVAC’s digital preservation efforts, NOVAC’s archive will be safe from New Orleans’ next natural catastrophe. Their archive encompasses over 40 years of original content produced by NOVAC and its affiliates. Recently, NOVAC digitized a video produced during one of their workshops in the late 80s that focused on the struggles battered women face. The video is called, Ain’t Nobody’s Business, and it displays the testimonies of women that were victims of domestic abuse. Although this video was created several decades ago, these stories are congruent to the stories told by women affected by domestic violence today.

Aside from cultivating my interest in visual storytelling, NOVAC allows me to meet with so many talented people in the film industry, like my supervisor, Biliana Grozdanova, who recently screened her film, The Last Kamikazes of Heavy Metal, at New Orleans Film Festival and just returned from Cannes Film Festival (as a volunteer). Hopefully, I will continue to meet more people like my supervisor through the many workshops NOVAC offers throughout the summer. By the end of the summer, I want to increase my editing and design skills and uncover more analog videos that are still prevalent today. I also want to produce my own material for NOVAC’s Virtuous Video program. Through this program, community organizations partner with local filmmakers to create videos that highlight their mission and their contributions to their community. Since this year is the 10th anniversary of Hurricane Katrina, NOVAC partnered with the Greater New Orleans Foundation to involve New Orleans’ youth with the Virtuous Video Program. This fusion gave birth to Project 10: a digital storytelling undertaking that asks New Orleans community members and organizations about their thoughts on the city’s development after Hurricane Katrina. I am currently researching and watching Hurricane Katrina documentaries to prepare myself for the next component of my internship, but you will find out more about that in my next blog post! 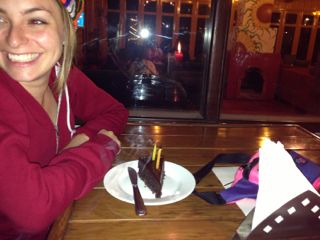 Hello again from Varanasi, India! As I type, the monsoon rain is pounding heavily on my window. It sounds very romantic, but upon leaving the Guest House this morning, I found the road to be completely submerged in 7 inches of brown water! I should have added street canoeing to my defined learning goals in my WOW application! Here’s the weather where I’m at!
My month in Varanasi has certainly afforded me many life lessons as well as career skills. I am (quite literally) flooded with new experiences every day. There are two ways in which I can measure my growth throughout this past month: first, as an intern, and second, as someone adjusting to living in a completely new environment. As an intern, I am more familiar with the Dove Foundation and how it functions. Yesterday, I had a meeting with my supervisor, Mr. Abhinav Singh. He explained to me that the Dove Foundation provides effective programming for the community only by catering to their specific needs. For example, I had originally planned to videotape an event for Project Aarambh, which provides support and health education for young rickshaw pullers with, or at risk for STDs. The day of the program, it rained heavily and effected road conditions, which made it difficult for the rickshaw pullers to attend the event, so it was cancelled. Very last-minute weather conditions affected the plans for dozens of people. However, if we followed through with the program in a heavy rainstorm, then we would have stressed the community of individuals we were trying to help, which is very counterproductive. If Mahatma Gandhi were alive and working for the Dove Foundation, he might say, “Be the change you wish to see in the world, but if you want people to catch on, make sure it’s convenient.” So, if there is one thing this internship has taught me (among the many other things) it is to be flexible…you have to be willing to make small changes if you want to make a bigger change.
There is no formal office complex where all volunteers convene on a daily basis, so I have been learning how to effectively communicate and collaborate with different members of the Dove faculty if they are out of town. This means making many phone calls, sending a lot of emails, and using DropBox and Google Drive to upload and share documents. These are certainly some of the media skills I will use later on in a future career or even more immediately at Brandeis. I’ve also polished my graphic design software and video editing skills. Spending hours using Adobe InDesign and Photoshop to create a professional-looking brochure, new High Definition Dove Foundation logo, and a final report for the 2013 World Blood Donation Week has made me more confident as a graphic designer. I also edited a short film to be uploaded on the Dove website, highlighting Dove events from the past month. It’s been a little tricky getting a large-file HD video to upload on YouTube here with very spotty Internet, but my major goal for this internship is to give the Dove Foundation a series of completed projects, which they can use for the future to help them advertise their mission and gain support within and beyond India. I’m even more excited to work with the energetic, creative Dove Foundation team to get it all completed!