When was your first kiss? What were you doing the last time you heard life-changing news? After only a single experience, your brain was somehow able to form a long-term memory of these events. This phenomenon has baffled neuroscientists for decades, but in a recent paper published in PNAS, Yamagata et al. report a surprising discovery that may finally provide some answers.

Scientists have long thought that memory storage follows a standard path: short-term memory is stored in one part of the brain, then eventually strengthened and transferred into long-term storage somewhere else. This transfer from short- to long-term memory typically requires repetition (think of memorizing song lyrics or studying for an exam). So how, then, does your brain form a long-term memory after a single momentous event? 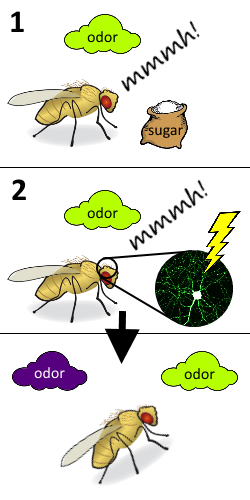 Imagine that you are a starving fruit fly, desperately searching for food in a new area. Suddenly, you encounter a mysterious new odor and discover a nearby source of life-sustaining food. After a single experience such as this, flies can instantly form an association between that new odor and food, and will follow the odor if it encounters it again (Figure 1-1). Yamagata et al. took advantage of this instinctual behavior to study how the fly brain stores a long-term memory after one event.

They trained groups of flies to associate a particular odor (A) with a sugar reward by presenting them with both stimuli at the same time. They confirmed that the flies formed a memory by giving them a choice between odor A and a different odor (B), and found that flies preferably flocked to an area scented with odor A.

They also identified a large group of dopamine neurons (known as PAM neurons) that were activated by the sugar reward. If the researchers activated the PAM neurons instead of providing sugar when the flies encountered odor A, the flies still associated that odor with a reward (Figure 1-2).

Now the question: how does PAM neuron activity paired with an odor form a long-term memory?  The researchers found that the PAM neurons could actually be grouped into two types. When they activated one type, which they dubbed stm-PAM, the flies only formed a short-term memory. The researchers tested their memory immediately after training and found most of the flies hanging around odor A. But 24 hours later, the memory was gone.

Surprisingly, when the researchers activated the other type of PAM neurons during training (called ltm-PAM), the flies only formed a long-term memory! The flies weren’t particularly interested in odor A immediately after training, but 24 hours later the flies flocked toward it. This incredible result showed that long-term memory doesn’t necessarily require a short-term counterpart. So, instead of the reward pathway forming a short-term memory that later transforms into a long-term memory, this sugar reward formed two complementary memories. 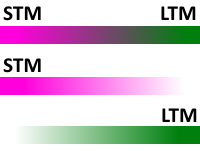 The researchers trained the flies using arabinose, an artificial sweetener that tastes sweet but isn’t nutritious, and sorbitol, a nutritious but tasteless sugar. Flies that ate arabinose formed a short-term memory that required stm-PAM activity, while the flies that ate sorbitol formed a long-term memory that required ltm-PAM activity. Thus, the researchers found that the PAM neurons seem to carry two separate pieces of information about the sugar reward: a “delicious” signal, which creates a short-term rewarding memory, and a “nutritious” signal, which creates a long-term memory.

These findings show that long-term memory doesn’t always form from a short-term memory. Instead, they can be independent processes created from different information signals about the same stimulus, such as taste and nutrition from sugar. In humans, our rewards are even more complex (such as the feelings associated with your first kiss), and our memory system likely works in a similar way. 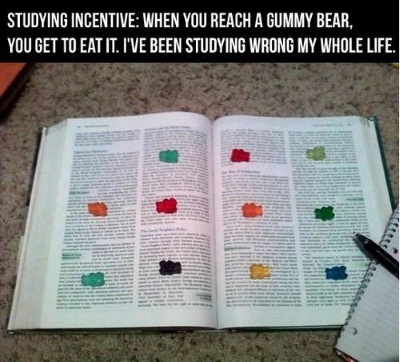 Image from The Uni Student Who Could

Now, how can I apply this strategy while studying for my next exam?