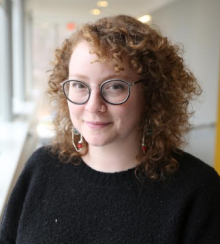 Professor Lempereur’s course in Responsible Negotiation is a core component of the COEX curriculum.  Throughout my first semester at Heller, we learned to negotiate in different scenarios with a variety of (often challenging) people. Some negotiations were in-person, others could only take place by video chat, demonstrating how difficult negotiations could be based on the type of communication being used. In some negotiations, Professor Lempereur would even encourage one side to be particularly tough on the other. The goal was for our negotiations to mirror real-life scenarios that we might face as negotiators working in the world.

There wasn’t one typical or expected type of negotiation in this course. We sometimes negotiated in groups or teams, and sometimes one-on-one. At times these negotiations took place in person, sometimes by email. The negotiations covered a huge range of topics – from a legal dispute over car repairs, to political negotiations over a fictional autonomous region, to the personal and professional issues between two owners of a tech company. Our cohort didn’t simply learn how to responsibly negotiate, but we were also taught how to effectively prepare, how to debrief following a negotiation, how to properly manage our time, and how to work with (rather than against) the people with whom we negotiated.

As the final day of our Responsible Negotiation course, we played a complicated “game” called SIMSOC in which we had to simulate a society in every aspect. The COEX cohort was broken up into groups, each of which represented a different community. I was a member of the poorest community. While each group was given certain resources to begin the SIMSOC game with, our group began with no jobs, money, or food, and we had no ability to travel to the other regions. We quickly realized we would have to wait until another group visited us, and so we began to prepare for the negotiations that would take place once they did.

When we finally interacted with members from the other groups, we managed to pledge votes to a political party in exchange for jobs. Soon, however, our group began to split on the topic of money. Some wanted the money we were now earning to be collective, others wanted to keep their money for themselves. This led to a heated debate and ultimately two members of our community defected to another. SIMSOC took place over the course of the morning and afternoon, and by the end, the COEX cohort was exhausted. We finished the day at the Stein, a restaurant and bar on Brandeis’ campus. It was a great way for me, my fellow COEX students, and Professor Lempereur to unwind after a long and challenging final day of class.

How to Choose the Right Program: Doing Your Research