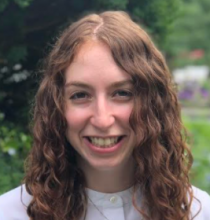 A defining assignment in my Heller career came before I even stepped foot in the classroom. The summer before the program begins, in addition to some of the virtual on-boarding and orientation programs, Heller asks all MPP students to read The New Jim Crow: Mass Incarceration in the Age of Colorblindness by Michelle Alexander. Typically, when we think of summer reads, they are romance novels and light reads to match the airiness and warmth of the summer.

I would not say that The New Jim Crow fits the description. According to a New Yorker piece published in 2020, The New Jim Crow “[…] considers not only the enormity and cruelty of the American prison system but also […] the way the war on drugs and the justice system have been used as a ‘system of control’ that shatters the lives of millions of Americans—particularly young black and Hispanic men.” All the same, it had sat on my book list for months and I was excited for the push from Heller to finally read it.

Not only did The New Jim Crow set the foundation for my studies at Heller, but it was also the perfect summer book. I was enthralled, as so many pieces of a broken system were weaved together by one coherent report. It sought to educate the reader without incendiary or alienating language. It brought clarity; in a time of publicized racial reckoning, The New Jim Crow meticulously outlined the past, present, and future of racial prejudice. It fostered a sense of renewal through its emphasis on the magnitude of work that needs to be done and the political vacuum that must be filled to attain retribution. It underscored shared accountability. Most of all, it provided a refreshed account of our systemic perpetuation of slavery through its digestible, direct, and transparent telling.

Since consuming Alexander’s words a year ago, my work and studies have been grounded by the narratives of the millions who suffer under American persecution. The confines of American society conscript too many to an unjust life: they force individuals to live a life of constant fear devoid of any respect or decency. The emotional and sociological brutality of the institutional and social imbalance in the United States can entrap and torture a person, without having to place them in a physical prison cell. And Michelle Alexander uses her platform to demonstrate that too many are still waiting for physical and emotional salvation.

Heller’s commitment to the eradication of discrimination can be seen in the requirement of each public policy student to engage with such material as The New Jim Crow. We as a nation can only be as good as our worst policy. As a school, we can only be as impactful as the effort we put in – and after I closed a heavily marked-up copy of The New Jim Crow, I knew Heller was the place I was going to learn to make a difference.

FAQs for Prospective Students, from Sami