Event Recap: Punishment Culture and the Persistence of Mass Incarceration in Massachusetts 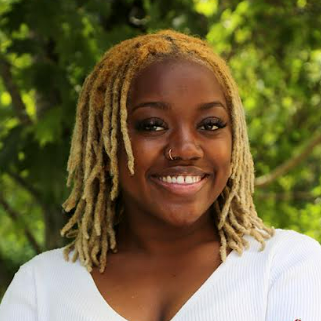 In my concentration course this semester, our professor asked if we could attend a bonus lecture as part of our regularly scheduled class. I decided to attend the Joshua A. Guberman Lecture: Punishment, Culture, and the Persistence of Mass Incarceration in Massachusetts, presented by Elizabeth Matos.  Brandeis University created the Joshua A. Guberman lecture to honor Guberman, who had passionate concern for individual well being and social justice. I chose to attend this lecture because I have had an interest all my life in criminal justice, mass incarceration, the school to prison pipeline, anything that involved the justice system in America. I felt that the lecture would be a good place for me to start getting my brain going about my presentation in my class and to learn more about what mass incarceration looks like in Massachusetts.

Elizabeth Matos was a an amazing speaker and lecturer, linking her life story to her current work in a phenomenal way. She walked us through the origins of mass incarceration: what triggered this mass wave of incarceration of Black and Brown people in America and connecting the historical origins to what we are seeing in mass incarceration trends today, especially in Massachusetts. America has the highest incarceration rate in the world, and Black and Brown individuals  are 4 times more likely to be incarcerated versus their white peers. Even though Massachusetts is on the lower end of incarceration rate, it does not mitigate the fact that they still dedicate most of the budget to spending on prisons.  According to the Department of Corrections 2020 annual report, the state spends, on average, $61,241 per prisoner at its largest prison,  MCI-Norfolk, and $111,674 per prisoner at its only exclusively maximum-security prison, Souza Baranowski Correctional Center in Shirley. . Now imagine if we dedicated this money to community resources and schools in low and middle income communities. What would Massachusetts look like?

I had two major takeaways from sitting in on this lecture. The first takeaway is that Massachusetts is the only state in the country that will utilize correctional centers as places to treat people who have mental health and substance abuse issues. Individuals who struggle with mental health crises or substance abuse issues are not offered residential treatment, instead, they are sent to solitary confinement.  Elizabeth highlighted the story of Ayesha Johnson, a 35 year Black women who died in the custody of Boston Suffolk Prison, after only being there for a few hours. Even though the state ended the practice of incarcerating women for civil commitments in 2016, Johnson was civilly committed under ‘Section 35’ in Massachusetts, which is meant for people who need mental support. She did not need to be locked up because she did not commit a crime, she needed extensive treatment and support. But instead she ended up becoming another statistic of our harsh criminal justice system. Prisons are not places of treatment, they are a place of discipline and often torture. It made me question where did we go wrong if we deem that having a mental health issue or substance abuse problem is a crime? Individuals who struggle with these issues are often criminalized more often, especially if they are Black and Brown: just another tactic in this new system we know as the New Jim Crow.

My second takeaway from this lecture is what we dedicate to the spending budget for prisons. I mentioned that the state of Massachusetts spends $61,241  per prisoner at is largest prison. Even though efforts for rehabilitation and treatment have definitely grown over the last decade or so, we are still far removed from what biggest goal of prisons should be: rehabilitation.  When an individual is incarcerated, they give up everything they have and now they no longer own a car, or have a job, they do not see their families, they are now property of the state. Yet when the state no longer has them as property, they are released from prison with nothing to fall back on at all. How is someone supposed to become a law abiding citizen when they have to start from the bottom. I wondered,  ‘How could we better support the assimilation in society after an individual is released from prison? How could we prepare an individual for this while they are awaiting release? How could we make sure they are rehabilitated and they do not reoffend?’ I asked these questions to Elizabeth at the end of her lecture, and she reassured me that this element of mass incarceration has grown better over time. The re-entry space has more resources then they ever had, because what people experience in prisons affect their reentry. Now, we have peer coaches and peer actor individuals who were also formerly incarcerated, supporting the release of individuals back into society. Yet in order to keep pushing for a more effective re-entry space, we must have all hands on deck from all aspect of our government.

I am really happy that I decided to attend this lecture. I did leave the lecture with more questions and more worries, however, I did feel I learned something new about a state I have lived in for the last five years of my life. I got to understand how this state handles mass incarceration and what efforts are being pushed, discussed, and implemented in hopes of ending the spread of mass incarceration and to really encourage a more robust restorative justice practicing society.  Thank you Heller for hosting this lecture, and thank you Elizabeth for providing the knowledge on this topic and helping us as students, faculty, and peers in continuing our fight for justice in the area of mass incarceration!

The Summer Internship Part One