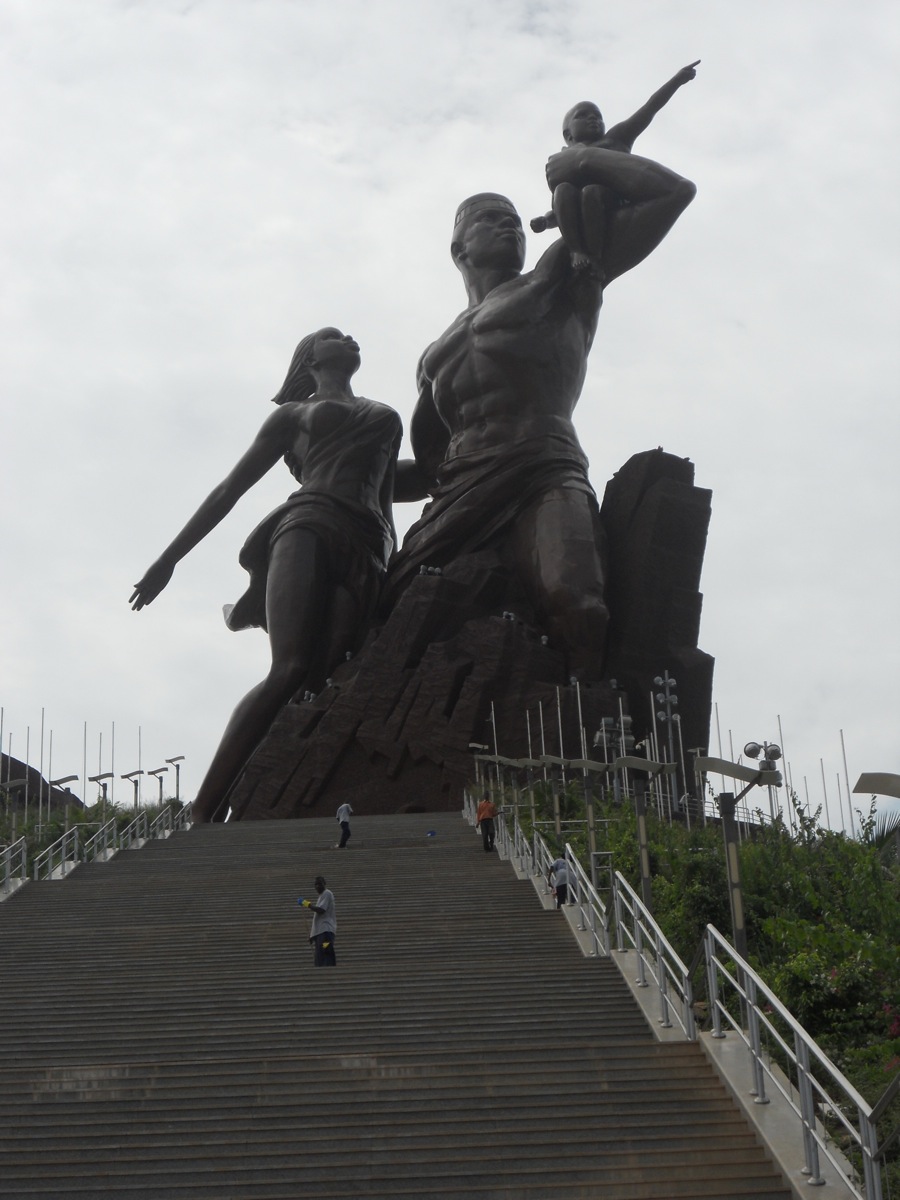 Y’en a marre or ‘Enough is enough’ are words written on walls all across the capital city of Dakar, Senegal.  But these are notjust words. Y’en a marre is a youth movement led by rappers and journalists.  As I took my hour-long walk down a main road to school every day, these words were put in context when I passed beggars and groups of lean-tos built on the side of the road.  These images would reappear in my consciousness when there was a power cut again, as there was everyday for several hours. The sight of my neighborhood darkened by a power cut was particularly striking against the backdrop of the African Renaissance Monument in the distance. This 164ft monument was meant to symbolize Africa rising from a history of oppression yet its construction was estimated at $27 million while the majority of the population constantly struggled with poverty.  The frustration towards these contradictions and life in Senegal was palpable as well.  I could see it when my host mother would sigh, “What kind of country is this?!” or when we would meet a demonstration in the streets and be forced to find a different route.

This movement and these frustrations were also coming at a critical time in Senegalese history: a highly contested election. Then president, Abdoulaye Wade, was running for a third term despite the fact that he had passed a law restricting presidents to serving only two terms earlier in his presidency. Wade also faced widespread criticism and accusations of corruption. In many ways, Y’en a marre and the people of Senegal seemed to be dissatisfied with Wade and his presidency and considered this to be the cause for most problems. The preparations of the coming election were everywhere: walls were also graffitied with names of candidates and expressions of hope for 2012 and there were nightly debates on TV discussing the legality of Wade’s bid for candidacy.

As I watched the recent news of riots and demonstrations in preparation for the election in Senegal from the United States, I recognized that I could see these events coming.  I saw the rising instability and poverty along with the increasing exasperation. From the declaration that Wade’s candidacy was legitimate to the first round of elections on February 26, I’ve been following the news for mentions of Wade and accusations of corruption, Y’en a marre, and demonstrations.  But I am not surprised by the reaction to Wade’s candidacy, neither am I surprised that citizens showed up to vote peacefully on February 26th. Senegal has historically been a beacon of political stability in Africa and I believe that the majority genuinely wants democracy and peace. In this first round of elections,  Wade won 34.81% of the vote and his main opponent won 24.58% meaning there will be a second round of elections held on March 25th. We will have to watch closely to see what happens in this former glory of the French West African Empire and historically peaceful and stable country.