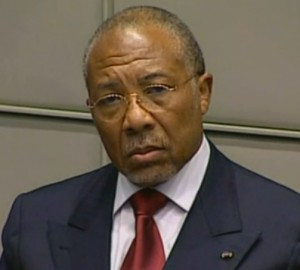 The Office of the Prosecutor used great innovation to prove Taylor’s connection to the crimes committed in Sierra Leone while he lived in Liberia. They referenced radio and telephone intercepts and brought in radio operators who had connected Mr. Taylor’s residence in Monrovia, the Liberian capital, to the rebels in Sierra Leone. Taylor’s head of security, bodyguards and other associates testified about arms and ammunition shipments for use by the rebel forces. Bank records proved tax payments entered into Taylor’s personal bank account that were used for the war effort. END_OF_DOCUMENT_TOKEN_TO_BE_REPLACED