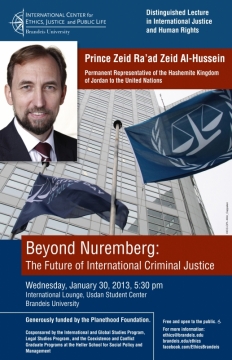 25 Replies to “BEYOND NUREMBERG: THE FUTURE OF INTERNATIONAL CRIMINAL JUSTICE”