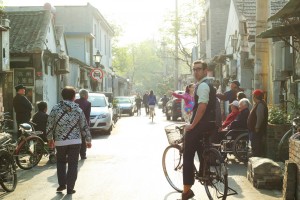 Should wealthy countries give recent immigrants welfare or jobs?

Europeans, on the other hand, have distributed benefits but kept jobs for their native populations.

Even within Europe, Scandinavian countries have been unusually generous with benefits.  But is this model now under strain?  Have Europe’s generous benefits led to a backlash against immigration, even to mass attacks of neo-Nazis such as the 2011 killings in Norway?

In its last cosponsored event of the spring semester, IGS welcomes the perfect person to discuss these issues: Grete Brochmann, chair of the Department of Sociology and Human Geography at the University of Oslo and former chair of the Norwegian Welfare and Migration Committee.

POL 160a- The War on Global Terrorism: “I took a Muslims in the West with Prof. Klausen and I absolutely loved it. She is an expert on her field and took this semester off to continue her research on Jihad in Europe. In order to get the most out of the class, definitely do the readings and participate in class discussions. I’m planning on taking this class myself as well.”

POL 164a- Conflict and Peacemaking in the Middle East: “If you’re interested in the Israeli-Palestinian conflict or just learning more about the issue, this is a great class to take. Prof. Feldman and the two other professors involved with the class have an interesting and diverse background on conflicts in the Middle East. “
ANTH 139b- Language, Ethnicity, and Nationalism: “I was definitely nervous when I took my first anthropology class at Brandeis as part of the IGS major, but it was a great experience! I loved learning about something entirely new and the anthropology department offers some great courses.”
AAAS 158a Theories of Development and Under-development with Professor Wellington Nyangoni. “This course exposes you a wide array of development theories and history of their implementation without being too heavy on the economics side. Also, Professor Nyangoni is an expert in this and backs up classroom readings with real world examples from his own life.”
HIST 144b The Cold War in East Asia with Steven Pieragastini. “A special one time offering about modern Asia history from one of our best graduate students. This class uses propaganda in all forms and primary source documents from the end of WWII to talk about how the great power struggle of the 20th century played out in an area of the world not often talked about in this context.”
POL 174b Seminar: Problems of National Security with Professor Robert Art. “This course explores some of the challenges faced by countries attempting to ensure security in the age on globalization. It looks in conventional and non-conventional methods of attack (and this year, as a little bird tells me, will include a special look at security in the age of big data and cyber-attacks). This course will look at issues of weapons proliferation and US power abroad, post-Cold War and is taught by one of the best national security experts in the country.”
Also, please note that IGS is helping to relaunch two critical classes.  Please consider taking:
REL 107a, “Introduction to World Religions,” to be taught by Kristen Lucken.  An essential class for anyone who pretends to know the world.  Do you want to be the one person at a cocktail party at the Thai embassy who has no idea what Buddhism teaches?  I didn’t think so.
We’re also bringing back POL 153a, “The New Europe,” a critical class on the European Union.  From rebuffing Putin to recovering from the slump, the EU is back on the world’s center stage.  For those of you returning from Europe this would be an especially fine point of re-entry.  Any other recommendations?  Comment below or on the Facebook page.  And happy hunting!

The European Union has had a great six decades: peace, prosperity, and ever-greater expansion.  But after the financial crisis of 2008, can it sustain its “social welfare” model for the decades to come?  Can it ensure the continent’s securit

y at a time when the U.S. is retrenching and Russia is flexing its muscles?

What did you take away from the conversation on the EU’s future?