Here’s a shot from the October 8th visit of about a dozen students from Chou University in Tokyo, Japan.  This pictures shows me two things: getting a crowd of students from different countries together is a lot of fun and, much to my surprise, a selfie stick is actually useful! 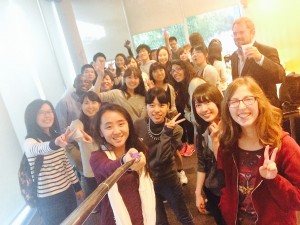 The students are this year’s members of the Takeishi seminar, a class that comes to Boston every year to speak — usually hilariously — about some aspect of Japanese life.  Every year IGS and the Japanese program collaborate to welcome the students, so do look out for this in years to come if you’re interested in Japan.

By Juliette Martin and Chandler Rosenberger

The IGS Conversations series is back!

Last Tuesday, four students with recent experience abroad came together to discuss a common theme in the unique countries of their specialty: the rise of extreme right-wing nationalism.

In Hungary, Viktoria explained, the Jobbik party has crafted a language of victimization that revises history in a way that is appealing to Hungarians, often to the detriment of other groups within the country, including Jews and Romanies. They also reject the EU, blaming the West, whom Hungary has often felt excluded from, for modern woes.

Michael, it turned out, had seen something similar during his semester in France.  There the National Front glorifies French-ness by speaking to a history of victimization (in this case, France’s lost colonial power and recent economic woes) and by blaming and excluding minority groups. The Front is also deeply anti-EU, though,ironically, the party now holds a great deal of France’s seats in the EU parliament.

Nationalism in Asia seemed more mainstream and less disgrunted.  Returning from Japan, Nick described the social issues that had brought Shinzo Abe to power.  Japan, Nick noted, is nervous: it faces an aging population, falling birthrates, and the decline of an electronics industry that had earned Japan’s wealth after World War II.

In Japan, Nick noted, nationalism was not rising: it had never really left. But Japan’s nationalist movements, Nick stressed, are mostly reserved and pragmatic — a far cry from the extremism of the movements in Hungary and France.

Finally, Jill Martin spoke on Prime Minister Modi in India, who is supported—like the Jobbik party—primarily by the youth. In this case, the National Congress Party took a stand against the rampant corruption in India for their rise. They also promise to create jobs for regions suffering from high unemployment.

Jill recalled one young Indian man who voted for Modi, and, when asked why he supported him given Modi’s now well-publicized miss-handling of the 2002 Gujarat riots. His answer was that Modi promised a better future.

Despite her friend’s optimism, Jill worried about the overt Hindu character of Modi’s political party, the BJP.  India, she noted is a deeply religious country of many faiths that has thrived under secular governments.  The BJP, Jill worried, might upset India’s delicate balance between belief and tolerance.

Conversation then turned to the many forms nationalism can take, especially the striking difference between optimistic patriotism and darker visions.

Thanks to Viki, Michael, Nick, and Jill — and the audience — for a great conversation! And look forward to seeing you all for more as the year unfolds. 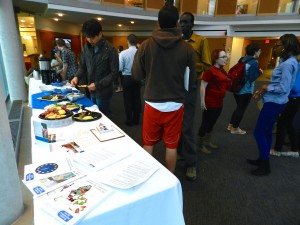 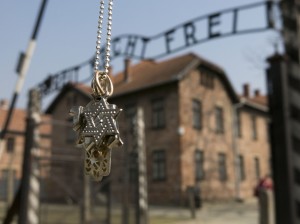 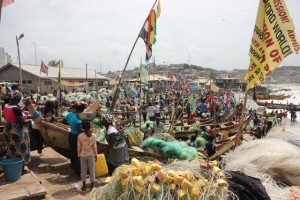 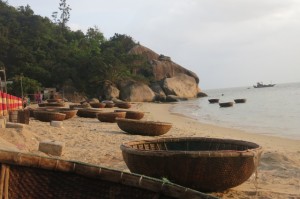