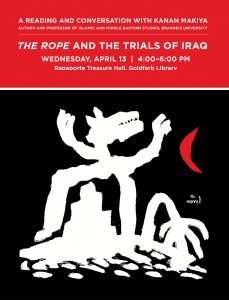 2 Replies to “WED: Kenan Makiya and all-star panel discuss his novel of the Iraq War”