Have you ever wondered why so many Biblical characters were shepherds? The original Big Three: Abraham, Isaac and Jacob. Rebecca, and Rachel. All of Jacob’s sons. Moses and even King David. All shepherds. Not one farmer, weaver or innkeeper.

According to one traditional interpretation, the shepherd embodies important qualities that are also central to leadership, such as the ability to lead others and care for individual and communal needs. Working as shepherds helped our Biblical forefathers nurture the capacities to be leaders of people.

But this comparison is also troubling – because people aren’t sheep. Sheep are meek followers. Sheep do what others tell them to do. Sheep lack autonomy and creativity and fiery independence. Do we really want people to act like sheep? END_OF_DOCUMENT_TOKEN_TO_BE_REPLACED

My colleague Danny Lehmann has shared some constructive, generative ideas for Jewish education in the 21st century in his recent article in HaYidion, in which he argues for creativity, hybridity, transformative spirituality, and more. Do these ideas constitute a vision? Well, that depends. END_OF_DOCUMENT_TOKEN_TO_BE_REPLACED 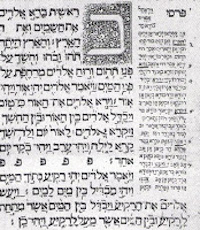 But classroom teaching, academic publications, and conference presentations have limited reach. Only a few dozen students each year encounter my ideas in the classroom, and given that linguistics and Jewish studies are both small fields, maybe a few hundred people hear my presentations or read my articles. END_OF_DOCUMENT_TOKEN_TO_BE_REPLACED

Barry Wimpfheimer, associate professor of religious studies at Northwestern, contributes this entry to our series from the Pedagogies of Engagement in Jewish Studies seminar.

As Director of The Crown Family Center for Jewish and Israel Studies at Northwestern University, I have insisted on a division of labor between Jewish Studies and Hillel. Jewish Studies is the site for the study of Judaism, Jews and Jewishness while Hillel is the place for exploring Jewish identity and finding community.

This division of labor benefits both parties. Hillel is able to unabashedly promote a vision of Judaism and Jewish commitment. That vision is broad and pluralistic, to be sure, but it emphasizes Jewish exceptionalism. In this way, Hillel harnesses the resources of community and university to advocate for Jewish interests on campus and beyond.

Jewish Studies, on the other hand, can invite students of all ethnic and religious identities to explore Jewish literature and the history of Jewish religion and culture without the limitation of promoting Judaism or Jewish cultural affiliation. Enrollments are increased when we target both Jewish and non-Jewish students. The history of the Jewish religion, culture and people is easily integrated in the humanities curriculum. Perhaps most fundamentally, Jewish Studies scholars are free to explore aspects of Jewish history, religion or culture that do not support the program of Jewish exceptionalism or continuity.

But is it possible that the division of labor has negative ramifications as well? END_OF_DOCUMENT_TOKEN_TO_BE_REPLACED

Jewish Identity Complex: Why we Cannot, and Should Not, Get Along

This guest post is by Sharon Weiss-Greenberg, community engagement manager for CASJE. It was originally published at eJewish Philanthropy.

We all carry what has been termed FOMO, “a fear of missing out.” Today at least, although Jewry is concentrated in the vicinity of New York and in Israel, technology allows us all to tune in from wherever we are located. We do not have to miss out. I’ve been glued to my computer screen during lectures, communal debates, and the like. I followed people’s Facebook and Twitter comments during Yeshivat Maharat’s historic graduation, for example, while simultaneously watching live-feed streaming from the graduation itself. While the modern age has allowed all of us to participate in a number of events and conferences, our engagement can still be limited due to time, technological glitches and other factors.

As the Community Engagement Manager for the Consortium for Applied Studies in Jewish Education (CASJE), I was thrilled to learn of blogcasting, a new communication medium wherein everyone has equal access to a conversation and all are welcome to contribute; there are few better ways of “keeping up.” END_OF_DOCUMENT_TOKEN_TO_BE_REPLACED