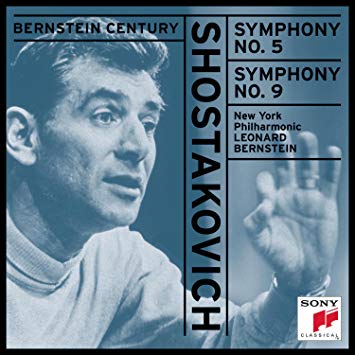 “We’re going to play it fast, but not Leonard Bernstein fast,” my conductor quipped as he described the tempo in which we would play the final movement of Dimitri Shostakovich’s Symphony No. 5. He was referring to Bernstein’s famous 1959 recording of the fifth symphony with the New York Philharmonic in which Bernstein doubled the tempo from Shostakovich’s original tempo at the end of the piece.

It was the summer of 2013 and we were playing Shostakovich’s Symphony No. 5 at my music camp, Kinhaven Music School. It was an admittedly challenging piece for young high school students, however we were more than willing to put in a few more practice sessions to learn the renowned symphony.

Bernstein’s Interpretation of Symphony No. 5

Bernstein was known for taking risks and breaking boundaries, and the fifth symphony is clearly no exception. Aside from all the aspects that make for a brilliant performance, Bernstein conducted the piece in a notably different way than Shostakovich wrote. At the end of the fourth movement, there is a huge buildup of sound before the orchestra transitions into the final part of the movement. Shostakovich originally wrote this final part to be played rather slowly, however Bernstein conducted this section twice as fast as marked. Bernstein’s recording of the last movement is 8 minutes and 55 seconds long whereas most recordings of the movement are around 11 to 12 minutes long!

Doubling the tempo of a piece is risky, but speaks volumes about Bernstein’s musical abilities as well as his stylistic choices. Of course there are pros and cons of changing aspects of a piece, like the tempo. Shostakovich had a message he was trying to get across in his symphony, whether it was patriotism or a jab at the Soviet Union, or a combination of the two. Changing the tempo could possibly detract or change the message Shostakovich was trying to convey, but it seems like Bernstein’s change possibly enhanced this message, or rather created a new energetic interpretation of it. Shostakovich himself thought it “worked very well.”

Bernstein just seemed to get it. Shostakovich’s symphony holds immense meaning, displaying his struggle as a composer trying to create art under Stalin’s oppressive regime. “Bernstein conducts the final movement with all the violence, energy and incandescence that he can bring to it. He understood well that this is not a happy ending, and he brings that across in his performance,” stated Ted Libbey.

Bernstein’s deep understanding of Shostakovich and his work could be attributed to his visit to Moscow with the New York Philharmonic in August 1959, where they performed the fifth symphony and were lauded with a standing ovation. Being in Moscow and meeting Shostakovich likely helped Bernstein internalize and understand the music in its context.

Bernstein added his own personal touch to Shostakovich’s Symphony No. 5 and created an everlasting interpretation of the piece (also, playing with the New York Philharmonic doesn’t hurt). Whether rehearsing the symphony at Boston Symphony Hall or at a small music camp in Vermont, Bernstein’s recording remains at the forefront of musicians’ minds. It is recordings like Bernstein’s that keep such great pieces of music alive. If you haven’t listened to Bernstein’s recording, it is definitely worth having a listen!