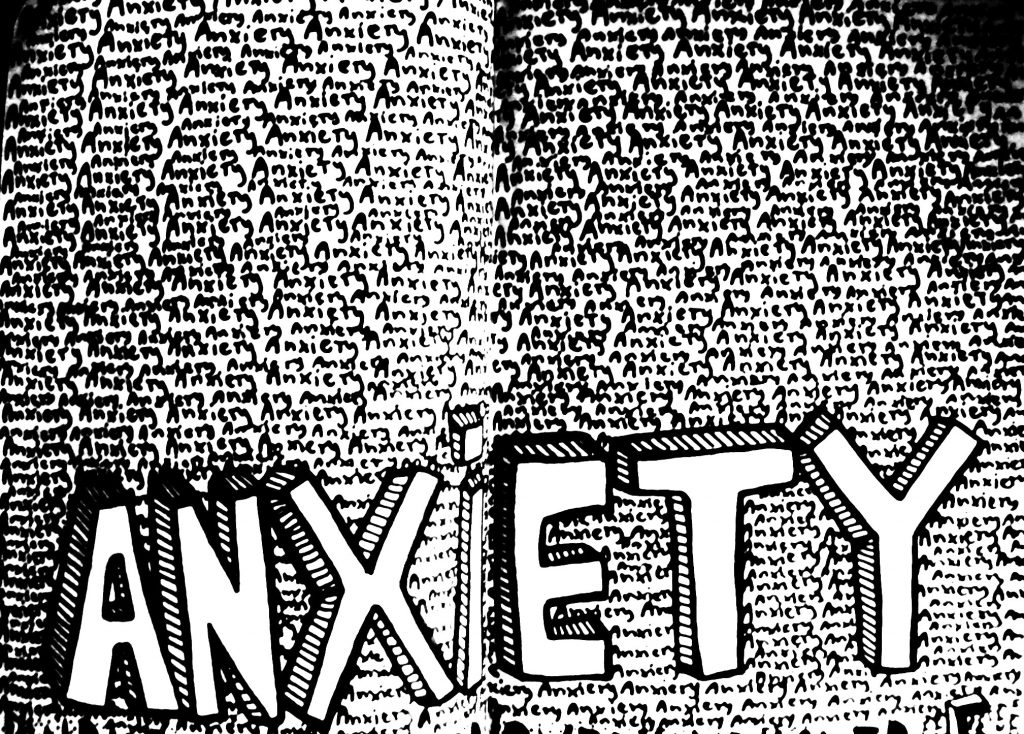 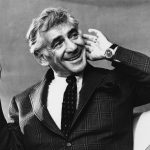 Out of Bernstein’s three symphonic works, his second symphony, entitled “The Age of Anxiety,” is most perplexing to me.  Although none of Bernstein’s symphonies could be considered at all orthodox, his second in particular seems to be a work in contradictions.  Critics debate endlessly concerning the symphony’s connection to W.H. Auden’s written work, and despite being based upon a narrative, Bernstein’s symphony seems to be lack one.  Some critics have lambasted the improvisatory nature of the work, while others ardently praise its incorporation of jazz elements.   With this in mind, I set out to answer the following question – does Bernstein’s “The Age of Anxiety” deserve to be called one of the great symphonies of the 20th century? 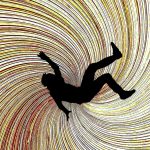 Bernstein’s second symphony, was heavily inspired by W.H. Auden’s famous poem, The Age of Anxiety.  Created soon after WWII in the age of McCarthyism, Auden’s poem grapples with themes of human isolation and faith.  Into The Age of Anxiety, Auden incorporated elements of popular culture, current events, and common vernacular.  Auden was able to draw upon modern science to enhance his work as well.  Each one of the four protagonists represent one of Carl Jung’s archetypes – Thought, Feeling, Sensation and Intuition (2).   The poem itself is described as a Baroque Eclogue, an ornate tribute to the bucolic, and is written in alliterative verse. The material is definitely unwieldy and has been called nebulous by some.  In a New York Times Op-ed by Daniel Smith, the poem is described as being “a difficult work — allusive, allegorical, at times surreal” (3).

Below is a recording of Bernstein’s second symphony.  The London Symphony Orchestra is playing under Bernstein’s direction. 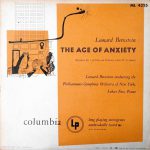 Bernstein’s second symphony is quite different from most symphonies.  Instead of a typical four-movement, work, Bernstein wrote his symphony for solo piano and orchestra, dividing the piece into six sections – mirroring Auden’s text.  Still, Bernstein’s unique style of composition can be heard clearly.

The symphony begins with a solemn clarinet duet.  The pure sounds of the two clarinets overlap one another while moving between consonance and dissonance.  In the next section of the symphony, Bernstein incorporates serialism – a compositional technique in which a fixed series of notes, especially the twelve notes of the chromatic scale, are used to generate the harmonic and melodic motifs.  A twelve-tone row, played by a single flute, serves as the audience’s introduction into the surreal.  Instrumentation remains sparse. The piano, which acts as the voice of the four main characters is introduced in an unaccompanied solo at the beginning of the section entitled “The Seven Ages.”  As more instruments are introduced in conjunction with the piano, the tone becomes more dissonant and at times frantic – reflecting the “anxiety” felt by the protagonists.  When the work proceeds into “The Seven Stages,” stylistic changes abound.  “The Seven Stages” are constantly in transit and seem to lack a central narrative.

The second half of the piece opens with “The Dirge,” a 12-tone theme, first introduced by the solo piano.  However, this grave moment does not last for long.  When in doubt, Bernstein always opted for a party.   Bernstein’s answer to “The Dirge” comes in the form of the upbeat “Masque.”  He takes the 12-tone row and transforms it into hip, grooving, bebop jazz (1). 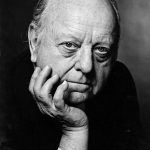 “The Age of Anxiety” includes specific details that Bernstein claimed had “written themselves”; in “The Masque,” for example, the celesta clearly sounds the hour of 4 AM as in the Auden poem.  Because the symphony seems literally dependent on the events of the poem, critics found it to lack cohesion.

Critical reviewer, Virgil Thomson, after praising the work’s “lively” rhythms and “picturesque, expressive” textures, came down hard upon its technical construction: “the work does not hold inevitably the musical attention.  Its form is improvisatory. Its melodic content casual, its harmony stiff, its contrapuntal tension weak.” Robert Ward, another critic stated that “the total significance (of the symphony) impresses very little” (4).

Overall, I think the symphony can be considered one of the greatest of the 20th century.  Bernstein makes a profound statement in his second symphony about the state of the postwar world, and confronts the uncertainty facing many.  Bernstein’s incorporation of serialism, jazz and classical material sets his second symphony apart from others of the time.  On the whole, the symphony is musically compelling; it truly takes the listener on a journey.