And why it was a failure…

The production of Peter Pan in 1950 featured Leonard Bernstein’s music and lyrics, but was a complete disaster. The national tour of the show was cancelled half-way through, and the play was overshadowed by a 1954 production, based on the same book. Leonard Bernstein’s works are usually huge successes.

So why was Peter Pan such a disaster? 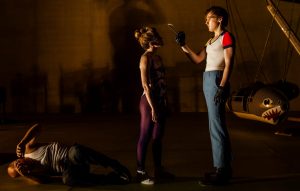 When Bernstein was asked to contribute to Peter Pan, he was only asked to provide a few dances and incidental cues. Peter Pan was supposed to be a play, not a musical. But Bernstein found himself entranced by the show, and ended up writing seven songs with his own original lyrics.

Bernstein was in Europe during the rehearsal period for the show, and relied on Musical Coordinator True Rittman to incorporate his music.

“I am shocked by the idea of my name in lights on this show!”

– Bernstein after the opening of Peter Pan in 1950 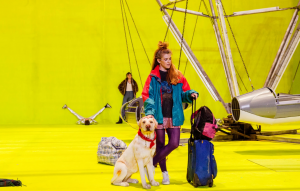 Bernstein’s music was drastically changed by Rittman’s decisions. Rittman incorporated dialogue and created reprises. Wendy’s final song “Dream with me” was cut, and replaced with a reprise from one of her earlier songs, “Who am I.” The show also added a death scene for Captain Hook, and two songs, “Plank Round” and “Neverland,” were combined with new lyrics to create a song for thiss cene. Most of the instrumental numbers were replaced and the songs were altered to accommodate spoken narration and new introductions. Bernstein also wrote an entirely new song, “Captain Hook’s Soliloquy,” for the national tour of the show where Lawrence Tibbett played Hook, until the tour was cancelled. 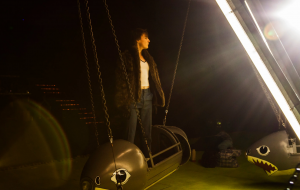 The show is difficult to characterize as it was not recorded and is rarely put on by theater companies, as the 1954 musical version was drastically more successful.

The music Bernstein wrote for Peter Pan, however, was classic Bernstein and very similar to other music he had written. Certain songs, such as “Captain Hook’s Soliloquy,” have the same odd intervals and disjointed or bouncy quality. Overall most of the songs have a childlike quality, fitting with the topic of the play. 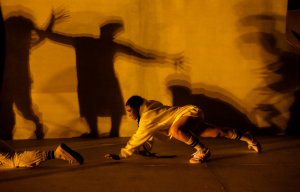 So why was Peter Pan such a failure for Bernstein?

Bernstein’s play was a failure–such a failure that the national tour was cancelled midway through–for several reasons. Firstly, Bernstein composed his own lyrics, something he was completely new to. As a result, they weren’t very good. His lyrics in “Captain Hook’s Soliloqy” center around Hook’s desire for fame, using odd and clunky lines such as “Oh glittering bauble!” to refer to fame. The incorporation of the music was clunky, as huge changes were made without Bernstein being there to oversee them. The original sound track was restored by Alexander Frey in 2001, but by then it was a little too late for the 1950 Broadway production. Overall, it was Bernstein’s inexperience with lyrics and poor musical incorporation that sunk the show.