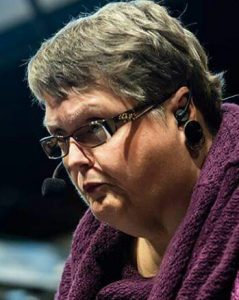 When Michael came into my life, I had been using a wheelchair for seven years after a stroke. Although normally associated with the elderly, strokes at a young age are common in my family and I had become the latest victim.

At first, life with Michael wasn’t hard at all. I changed him, fed him, and loved him, relishing having a child of my own. However, when he began to crawl and then walk, life became much more complicated.

Michael had to learn not to get in the way of my wheels, and I learned to be on guard for his sudden movements that could get him hurt. When he became a toddler, I feared he would get away from me outside our home, so I bought a child’s safety harness. People looked at me oddly, perhaps believing I was being over cautious or cruel. If I was, I do not apologize because my son has not only survived but thrived to become the ripe age of four.

Of course, not all life with Michael and the wheelchair has been hard; there have been plenty of fun times, too. One example is when Michael first began to ride on the back of my wheelchair standing on my roll bars. He would squeal with delight as I rolled quickly down the sidewalk or around the apartment. We have built tents using my wheelchair as the frame and spun around in circles, he on his feet, me in my chair, until we were both dizzy.

One day, when Michael was three, we were attending a family gathering where there were other small children. One of the cousins, who was around five years old, began staring at me, obviously confused. He approached me and asked me why I was in the wheelchair. I smiled big and answered that I had been sick and that I bet he has wheels at home too. That seemed to satisfy his question, and he ran off to play. When I looked around at Michael, he seemed upset. I called him to me and asked what was wrong. He answered that he didn’t like his cousin staring at me. I kissed him on the forehead and explained that not everyone had a mommy who used a wheelchair—a fact that he had never considered. Before long, he was back playing with the other kids, and I smiled to myself at his innocence.

There are some limitations on where Michael and I can go. Even with the ADA requirements for ease of access, some things such as going to a county fair are too difficult for me to do. The huge cables of wires lying all along the fairway are impossible for me to navigate in my chair.

One evening, my brother took Michael to our county fair. Upon his return, my son spoke avidly about how much fun he had while riding the rides and playing fair games. I couldn’t help but feel bad as I so much wanted to be part of the fun.

I wouldn’t trade a moment of my life with Michael. His smile and giggles light up my world. We make a great team, I a single mother and he a rambunctious little boy, working together to enjoy each other today and form a wonderful future for the both of us.