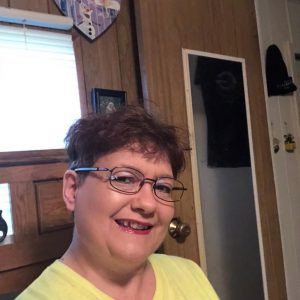 My son called me in August, 2019. He told me that his wife had left him and their four children. He had lost his job amongst all of the mess because he had nobody to watch the kids while he worked. He  managed to get another job and would start on the following Tuesday.

Mom’s mouth opened and spoke without any thought. “Don’t worry, Son, your sister and I will be there by then!” He was 720 miles away. There were so many times in that week that I wanted to back out. Every time, all I could think was that my mama would walk through the fires of hell for me, I have no choice. So, I started putting items online to sell. I was running out of time.

I received a message that a lady was interested in my living room furniture. I posted it cheap, knowing that I didn’t have much time. She came to get the furniture and I asked if she would be interested in the rest of the household furnishings free of charge, I had to go. Come to find out, she was starting a home for her 8 year old son and herself, fresh out of rehab. I put a few things in storage and told her to just pay it forward. We made it to Iowa from Arkansas on Monday.

Wow! 4 kids, ages 9, 7, 3 and 1. Get up, get two on the bus and start the day. Bathe two, both in diapers, feed them, clean house, do never ending laundry, have a snack for the older two when they arrived back home, cook supper, make sure the older two had baths, lay clothes out for tomorrow and literally fall  into bed around 8 PM. Do it all again tomorrow! Seven weeks of this and my work was done. Other arrangements were made and I wasn’t needed anymore.

So, we headed back to Arkansas from Iowa. With my mother‘s help, we were able to rent a trailer. I’m thankful that I was able to return, because my mom was 87 years old. She would have her 18th birthday on February 29 (leap year baby) and I didn’t want to miss that. Well, it turned out that we buried her on her 18th birthday, I even got a birthday banner for her coffin, it made losing her pretty special. The odds of burying her on that particular day were unreal.

Turned out that my son’s plans had backfired on him and he had not been able to work since December 31. He was sinking. The pandemic had began, he was scared of being stuck in Iowa with no job or any way of supporting the children for who knew how long. He had already gone through most of his tax return, but he loaded up his Suburban with babies, a few clothes and arrived on my doorstep on March 18, 2020.

In a 1970s model, three bedroom trailer, I went to work taking care of six, counting my 17-year-old daughter. It’s what Mama does! In the middle of the pandemic shutting things down, he got a job. Not just any job, but a job with the city. Thank You Jesus!

I must admit that the job for Gugu is even harder than before. Since school is closed, due to coronavirus, I have all four children at home 24/7. It’s 3 meals/2 snacks, four baths, cleaning, never ending laundry and CRASH!

I read that COVID-19 is a disease where your white blood cells don’t protect your body from invaders. Instead, they attack your tissues, cells and organs. Another symptom is chronic fatigue. It’s not the flu or a cold, a nap won’t help. You will never get better. Hitting the gym and only eating a sandwich won’t take off the pounds. No matter how long you sleep, you never feel rested. Get used to the last minute changes in plans because you don’t ever know how you will feel. Painful muscles, bones and joints, hair loss, mood swings, anxiety and depression are just tips of the iceberg. You easily catch bacterial and viral infections. Even when you think you can fake how you feel, there will be days when you can’t smile at anyone, no matter how hard you try.

How ironic! COVID-19 sounds an awful lot like what I’ve been dealing with for 22 years, Multiple Sclerosis!

However, MS is what is known as an invisible disability. Most of the time, MS patients disabilities aren’t immediately apparent. I can’t tell you how many people have said to me, “You don’t look sick.” Hmmm, what exactly does sick look like?

As a matter of fact, I saw a T-shirt that read,  “I will fight against MS because God chose me to fight it. While I wish the people around me could understand it, I wouldn’t wish this for anyone.”

So, most people’s quarantine and isolation started around March, 2020. Mine started December, 1997. Most grandmothers would be totally enjoying having these four babies to take care of every day. I absolutely adore them, but it’s more than a full-time job for me to be able to get out of bed most days, much less take care of them all day, every day. However, every time a negative thought crosses my mind, I just thank God for the opportunity that He has given me. With my determination and His help, we will not only make it through this small stepping stone of Coronavirus, we will make it through many years of different obstacles. LOVE will see us through!