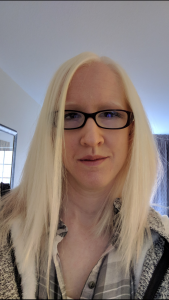 I’ve been thinking a lot lately about the idea of independence.  Here in the United States, this seems to be a value we hold quite dear.  It’s a quality we admire and toward which we strive.  We seem to particularly enamored with stories of people who are self-sufficient, giving the impression that they take care of themselves without help.  This is abundantly true for those of us with disabilities who have literally fought for our independence in communities, employment, civic participation and technology, fueling revolutions like the Americans with Disabilities Act (ADA).  At the heart of that battle is a desire for independence.

The ADA was signed when I was ten years old.  It’s safe to say that I don’t remember much about what life was like pre-ADA.  I’ve been spoiled, in this regard, to have come of age in a time when people with disabilities like myself have opportunities like never before.  I’ve had a disability since birth and, growing up, I was a fierce fighter for my independence almost to a fault.  I loathed accommodations or assistance of any kind.  I saw “special treatment” as a weakness and I hated the feeling of needing help.  I craved self-reliance.  If there was even a remote possibility that I could do a task on my own, I had to do it on my own, even if that meant taking twice as long or terribly inconveniencing myself.  I was stubborn.

My disability is a vision impairment.  I’m legally blind due to a genetic condition called oculocutaneous albinism.  While I have a fair amount of usable vision, I have some limitations.  I use assistive technology to read printed materials and access the computer, and I’m not able to drive.  I’ve had several decades to get used to these things and before I had kids, I felt pretty comfortable managing my life.  I had the illusion of being independent.

In my 30s, I became a mother to two amazing children – one is now in preschool and the other is wrapping up third grade.  Here’s a glimpse of what our life looked like a few short months ago: my husband and I both work full-time jobs.  We have an apartment on the outskirts of Chicago where we live in a community that’s diverse, walkable and alive with businesses, restaurants and bars.  Our youngest kid goes to preschool at a daycare center at my work.  He and I are pros at traveling on public transit or via rideshares.  I used to get a secret joy every day when I went down to pick him up at daycare, strap him into his car seat or stroller and zip off to pick up my daughter at her after-school program.  It made me feel like every other mom to be able to do these things, even if I did have to do them a little differently.  Still, nondisabled parents will never understand the sense of accomplishment I’d enjoy when I was able to independently do the things that they do.  The sense of pride comes on a dopamine rush, like sneaking into a movie theatre or cracking a combination lock.  I had the sweet illusion of being self-sufficient as a mother.

The COVID-19 pandemic hit my state in early March.  That’s when life came to a grinding halt.  Schools, restaurants, playgrounds, libraries all closed.  Public transit and rideshare services suddenly became quite scary.  As an essential worker at a healthcare facility, my options to be home with my kids were limited.  I was blessed to have a boss who did his best to offer flexibility and support, but there was still the ever-present pressure to get to work – and how to get there.  I wasn’t comfortable with the risk of taking the bus or an Uber to work and reluctantly accepted help from my husband, who started driving me in to work.  I felt like a failure.  There I was, a grown woman with a great career who needed to be driven to work like a child.  I saw with disappointment that if I wanted to continue to care for my family and do my job, I had to sacrifice some of this sense of independence.  The days of strapping a kid into the stroller and power-walking off to the grocery store were gone.  Now I rely mostly on grocery delivery services, another ego blow (despite the undeniable convenience).

Over the last couple weeks, I’ve thought about this a lot (because what else is there to do during quarantine but think?).  I see now that I’ve never been truly independent.  None of us are.  Simply because I don’t have to utter those dreaded words, “Can you help me out?” doesn’t mean I’m winning the battle for independence.

But I think if there’s a revelation that we’ve all come upon during this pandemic it’s that no one is self-reliant.  We all depend on others to live our lives.  And that’s not a sign of weakness.  On the contrary, it’s these connections with others that enrich our lives with meaning and unpredictability.  I’m working on making peace with that.  As we gradually start to see open signs light up and neighbors tentatively stepping back into the world, I’m going to be looking for these little connections.  The barista who makes the perfect latte, the bus driver who empowers me to get to work, the utility worker who ensures that the crosswalk sign functions at the busy intersection in front of my hospital, the teachers who care for my kids – I depend on all of them to get through my day.  We all lean on each other.  And it’s a privilege to know that I have people on whom I can depend.