I am proud to be passing on the position of SCRAM Coordinator to Jacob Fritz Oleshansky for the 2015-2016 academic year! 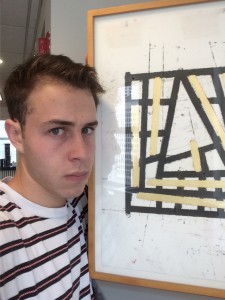 Fritz is a senior majoring in Art History and has just returned from a year abroad in Madrid. He was in SCRAM as a freshman and sophomore and says:

“SCRAM was a big part of my Brandeis experience and I look forward to sharing that with you all this coming year.”

The Rose Art Museum Digital Collection is updated and better than ever!

What you see in the collection is a small — but ever-growing — selection of the Rose’s extensive holdings. Ongoing research means that the information herein will always be an academic work in progress. We are continually updating and expanding this online collection, and welcome your comments, questions and suggestions; please email us at rosecollection@brandeis.edu. And make sure to come back often to see what changes we’ve made!

You can visit the Digital Collection anytime from any computer! Browse by artist, portfolio, or use an advance search to find works you are interested in!

Graduate Student Kenneth Pitts of the Psychology department gave an amazing tear wrenching talk Thursday night in front of a group of 60 students and faculty at the Rose Art Museum. SCRAM, in partnership with Psychology Club, brought students from many disciplines to the museum that night to talk about trauma, coming home from war, and art. Sitting in the Lower Rose in the exhibit Rose Project 1B: 1914: Magnus Plessen Ken recounted his experiences in combat. Opening up to the students and faculty Ken gave insight into the life of a solider and the emotional trip of returning to every day life after war. He discussed suicide rates, stress and PTSD in the lives of his family and friends post-combat. He shared his personal experiences with an engaged and respectful audience.

Thank you to all those who came! 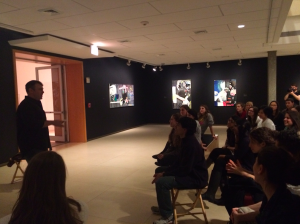 Posted on November 3, 2014 by Alexandra Hall

Museums are entirely different when filled with hundreds of New England college students. With over 52 colleges in just the greater Boston area alone, there are a copious number of students interested in the arts, and yesterday’s event “MFA (Museum of Fine Arts) After Dark” brought them all together. Beginning at 7 o’clock, music, a photo booth, free gelato, and of course spectacular art were all available to these students. 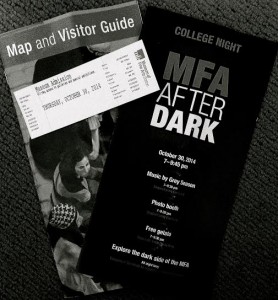 I arrived while the event was in full swing, and was greeted by a line snaking its way around the right side of the museum. Given the time of year, some students were in full costume, ranging from cowboys and ghosts to black cats in platforms and stilettos. All seemed eager to make it inside where the warmth of art and atmosphere awaited. This being my first visit to the MFA, I was struck by the magnitude and variation of the collection as well as the museum’s actual architectural presence. Stimulated simultaneously by the size of the space, the proximity of such fine art, as well as the loud indie music and colorful attire, I found myself feeling hyper-aware that this was the largest number of young people I have ever seen in a museum. Among all of the exciting components of the “MFA After Dark” event, I think that this realization filled me with the most happiness. Seeing people my own age interact with, appreciate, and experience fine art is a rarity, and I think this rings true for other young museum and art enthusiasts. The museum experience is a privilege that is deeply underrated, and to see this student version of a museum experience was most fulfilling and hopeful. I returned to Brandeis with a sense of rejuvenation and excitement surrounding my generation and its capability to appreciate the fine works that are nearly at our fingertips.

Mark Bradford is an artist in every technical and abstract sense. He is an embodiment of art, a producer, a creator, an eloquent and declarer of humanness and messiness. Hearing him speak on Friday October 24 at The Rose was one of the highest privileges I have had during my time at Brandeis. In many ways Bradford’s talk with Anita Hill and Chris Bedford went beyond the advertised subjects of Art, Blackness and the Diaspora. 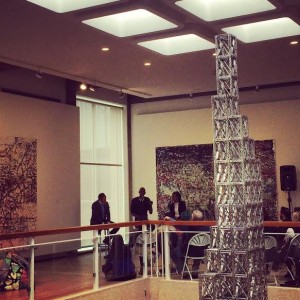 Much of the talk surrounded the tension between physical and abstract, figurative and personal. Bradford discussed his upbringing as a black male in South Central Los Angeles during a time when “blackness” was becoming known as hip-hop, Ebonics and statistics. Bradford eloquently expressed that in 1997/8 when he graduated from art school, he was very aware he was black but wasn’t quite sure what that meant. Blackness was too figurative and because his identity felt this way he created abstraction as a counterpoint to the figurative. As Mark explained, “creative had a life,” and in having a life, his life, his works began to be and reflect his creative reality and his Black personhood. Bradford expressed that his art was his own radical political moment wherein he could look at the figurative of his own (and others’) identity and turn that figurative element into another conversation. Commenting on his abstractions he said, “I’m going to be black ‘til the day I die and it’s a social condition and it’s constantly shifting.”

What I found particularly beautiful and inspiring about Mark’s introspective and expressive quality of creative life was his ability to reflect and meditate on craft as a manifestation of interdisciplinary history. As an Anthropology and Creative Writing double major, witnessing such a humble and articulate artist connect the fields of social work, history, personhood and art was a great privilege. The way that he bridged the disciplines into a wholesome and powerful assertion of humans’ obligation to one another was very moving. The mood of the room, filled with professors, Rose Staff members, students and parents, felt grounded and organically connected, yet extremely diverse. The representatives of the African and Afro-American Studies department and student body, along with those in the field of Art History, Literature, Law and other disciplines unbeknownst to me, felt very close in both social presence and social goals. What I mean by this is that Bradford and Hill’s conversation embodied the ideals, the pitfalls, the realities, and the passions of the people in the room, and the people here at our university. It gives me great hope as an artist, a social science student, and a human being to see that interdisciplinary learning and embodiment can be as simple as Bradford speaking his truth. Of course, those who listen are important, for we recognize this embodiment, but to have the privilege of witnessing his interdisciplinary existence feels both abstract and heavily grounded. It feels as physical as his paintings and as complex as his humanness. It feels wholeheartedly poignant.

It’s a Week of Mark Bradford! 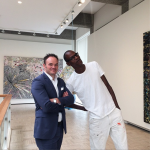 SCRAM is excited for a week of Mark Bradford as he visits the Rose for a second time this fall! Attend the following events to learn more about his work and concepts! Symposium: Mark Bradford Thursday, Oct. 23rd | 2-7pm … Continue reading →

The first major retrospective of John Altoon (1925-1969), a little-known yet important artist whose brief but significant career unfolded in Southern California from the 1950s until his untimely death in 1969 at age 43. A post-modernist before his time, Altoon had a facility with line, color and subject matter that influenced his peers and continues to resonate with artists today.  The exhibition, co-organized with the Los Angeles County Museum of Art (LACMA), includes approximately 70 paintings and drawings created by this legendary figure of the 1960s Los Angeles art scene. 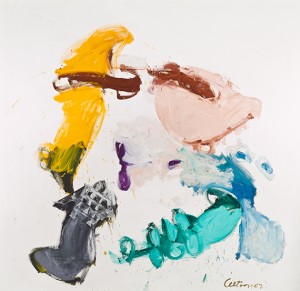 The Rose Art Museum will be open through 9pm this Thursday Oct. 2nd! 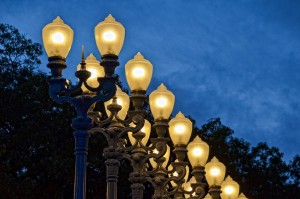 SCRAM invites the Brandeis community to a night under the lamp light with student led tours starting at 6:30pm followed by apple cider and fall treats outside under the sculpture “Light of Reason,” by artist Chris Burden. Student Guides will be on hand to help you explore artworks in the museum through conversations with your peers. The Student Guides are well trained in Visual Thinking Strategies. VTS is an interactive and engaging way to learn more about art and think about pieces in a way you might not have before and we hope you join us for some great conversations and yummy fall desserts! Learn more about the exhibits before you visit the Rose!

As always, admission to the museum is FREE (and so are the treats).

Answers to your Light of Reason concerns/ questions!

The Rose Art Museum is now available on their website!

We would like to emphasize: The Rose purchased the sculpture FOR THE STUDENTS and the community! It should use it as a place, among other things, to gather, protest, relax and study. The money that went into the sculpture was from a fund that the Rose can only use to purchase art, and they chose to purchase something for the community to create a more interactive environment in front of the museum! 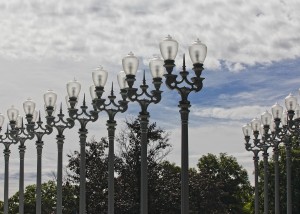 It’s YOUR MUSEUM! USE IT! it’s a wonderful space!

We would love to clear up any questions the Brandeis community has as SCRAM  so shoot me a message or email me at abhall@brandeis.edu if you would like to know anything else about it or the museum!

This Wednesday, take a closer look at Chris Burden’s sculpture Light of Reason in a discussion led by Brandeis Professors Gordie Fellman (Sociology) and Christopher Abrams (Fine Arts). The event will take place beneath the lampposts, with tea and small cakes provided in a reception to follow.