Well, we made it through another wonderful season of Brandeis Summer School. Although we’re looking forward to the fall foliage, we’re sad to see summer end.

This year, we had an incredible group of Teaching Assistants, Program Assistants, and Activities Staff – and we’re grateful for their work to make this year a success.

We’ll spend our fall looking ahead to Summer 2019. If you have classes you’d like to see, improvements you’d like to suggest, or questions you’d like answers to, please email us at summersc@brandeis.edu. We’re always happy to hear from our students.

We hope you’ll join us again next summer – and until then, best of luck with your studies!

We do our best to offer these programs on various days, at various times, and to cater to various interests. We design these activities to provide students with an opportunity to interact with their peers as well as the community around them. We realize our summer courses are academically challenging, and these activities are scheduled to help give students a study break.

Earlier this summer, we took a group of students out to Six Flags. Later this season, we’ll head to the beach. We offer regular trips to local grocery stores, host trivia nights, welcome ice cream trucks to Brandeis, and get students off campus and into the city.

If you’re on campus for the summer and interested in participating – whether it be on a kayaking trip or games on the field – email the Brandeis Summer School at summersc@brandeis.edu to learn more.

There are still a few days left to register for Brandeis Summer Session II!

We’ve extended our registration deadline to Saturday, June 30 at midnight. You can review our summer course offerings listed online – and look closely by sorting to Session II and department, if you’re interested.

Session II begins on July 9 and runs through August 10 of this year. We’re offering classes across disciplines this year – with something for everyone.

If you’re a Brandeis student, you can enroll in a course in SAGE once you have term activated for summer.

If you’re a visiting student from another US college or university- welcome! – you can move through the record creation process by following these steps.

This summer Brandeis will be offering nearly a dozen courses in a variety of subject areas that are taught entirely online. If you have reliable internet access this summer, you can make progress toward your degree from anywhere in the world. 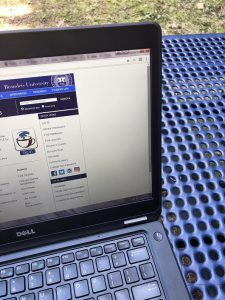 Best of all, most Brandeis online summer classes are “asynchronous” – which simply means that you don’t have to be online in front of your computer and webcam at set days and times each week. Instead, students have common course deadlines for completing the readings, submitting assignments, critiquing peer work, posting original contributions to online discussion forums, and replying to classmates. Use this flexibility to balance your summer work, family commitments, and social life.

Here are just some of the benefits to taking an online class at Brandeis this summer:

Learn wherever you want
Since there are no physical class meetings, you can work on your class from anywhere you want: at home in pajamas; by the pool; on vacation; waiting for a bus, plane, or train; at your favorite coffee shop; on a treadmill at the gym; or at your summer job when work is slow.

Learn whenever you want
Some folks are early risers and at their best in the morning. Others are night owls and do their best work after the sun goes down. With an online class, you can choose when you want to work on your class… as long as you are meeting those common course deadlines. So you can work when you are at your best.

Present your best work
In most classes, you will use discussion forums to interact with the material and your classmates. If you have ever hesitated to speak out in class, an online class is an ideal place to let your voice be heard. You can organize your thoughts, research the points you want to make, and rework your argument, all before you hit “submit.” By the end of the class, you’ll find that you are not only more adept in your chosen subject area, but that you have also honed your writing skills.

Small classes
Most online Brandeis summer classes have a maximum of 15 students, some courses are even smaller.

Brandeis online summer classes count toward your degree
In fact, all Brandeis Summer School classes count toward your GPA, as credits toward graduation, and help you to fulfill major, minor, and graduation requirements. Classes taken at other schools during the summer generally only count for purpose – meaning they can help you fulfill a prerequisite, but will not count in your GPA or toward credits for graduation. (Special conditions may apply for Brandeis transfer students – transfer students should consult the Brandeis Bulletin)

About the Online Summer Session:
Our online summer session runs for 10 weeks, classes begin on June 4 and run through August 12, 2018. To ensure online classes remain small, space is limited. To enroll, students must complete a short, free, self-paced orientation to online learning in LATTE before you can enroll in an online class. Email us at summersc@brandeis.edu to be enrolled in the online orientation.

2018 Near Eastern and Judaic Studies

Below is a note from Professor Randall Geller (Brandeis 2011). This year Professor Geller will teach NEJS 185B and NEJS 189A. 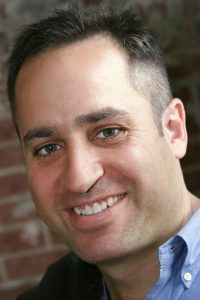 I’m a Brandeis Ph.D. in Middle Eastern history with a specialization in the Arab-Israeli Conflict, and this will be my fifth year teaching in the Brandeis Summer School Program.  Last summer (2017), both my Arab-Israeli Conflict and the Making of the Modern Middle East courses at the Brandeis Summer School were student-nominated for teaching awards; it’s great when you love what you do, and I love teaching at Brandeis in the summer!  I look forward to meeting you in class!

I’m excited about the publication of my first book this past August, entitled Minorities in the Israeli Military, 1948-1958.  It deals with the drafting of the Druze and Circassian minorities into the Israel Defense Forces and the recruitment of Muslim and Christian Arabs too; the dilemmas of drafting non-Jews suspect of potentially identifying with hostile forces in the neighboring Arab world made for fascinating research and writing! Here’s a link to the book’s website, which includes academic reviews:

I’m hard at work on new publications, and I’ll be happy to share my preliminary research with you.  Perhaps most importantly, in keeping with the spirit of both courses, we’ll also have Middle Eastern food in the middle of as well as at the conclusion of the semester – if you haven’t tried it, I’m sure you’ll love it!  (Gluten free and nut free options are available!)

See you in class!