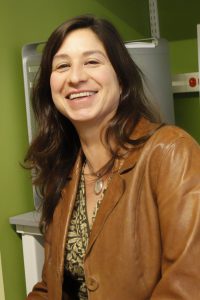 Gina Turrigiano received her BA from Reed College in 1984 and her PhD from UC San Diego in 1990. She trained as a postdoc with Eve Marder at Brandeis University before joining the faculty in 1994, where she is now the Levitan Professor of Vision Science in the Department of Biology. Her work has focused on the discovery and characterization of homeostatic forms of synaptic and intrinsic plasticity. She has received numerous awards for this research, including a MacArthur fellowship, an NIH director’s pioneer award, and the HFSP Nakasone Award. She is a member of the American Academy of Arts and Sciences and the National Academy of Sciences, and is a fellow of the American Association for the Advancement of Science.