To be an American Muslim. Or Muslim the United States. I put the other as an afterthought because it seems like they are very two different things really.

I think that this is one issue that I am grappling with regardless of what I have been accomplishing at this internship. This dilemma has been reinforced particularly today as the Executive Director of AIC, was featured in today’s Washington Post Style section!

It really is astounding to come to terms with not only the diversity of Muslim-American viewpoints but really how much needs to be done in the community. I am deeply interested in interacting with the Diaspora in the US and reflecting on the openness of the civil society of the US, that has allowed us to be able to accomplish some of the goals that I have worked on.  I am thinking about how these programs could be translated to Muslim-majority countries, like my homeland Pakistan… so in effect I am a Muslim in the US because I am not American, and the work I do is informed by this identity, unlike Muslims who are born American and/or identify as both…

It is 4.5 weeks already at my internship – time flies! It has been crazy, ups and downs, days of ecstatic change, and accomplishments and then days when you feel like nothing can be done or accomplished. In the past 4.5 weeks I have co-curated a show, which has drawn with its related programming over 150 people to the Cultural Center and been reviewed in WGBH Arts and Artscope Magazine!

The artists’ talk was mind opening, and is definitely the type of programming that I am excited to maintain and grow in the traveling arts exhibit initiative. 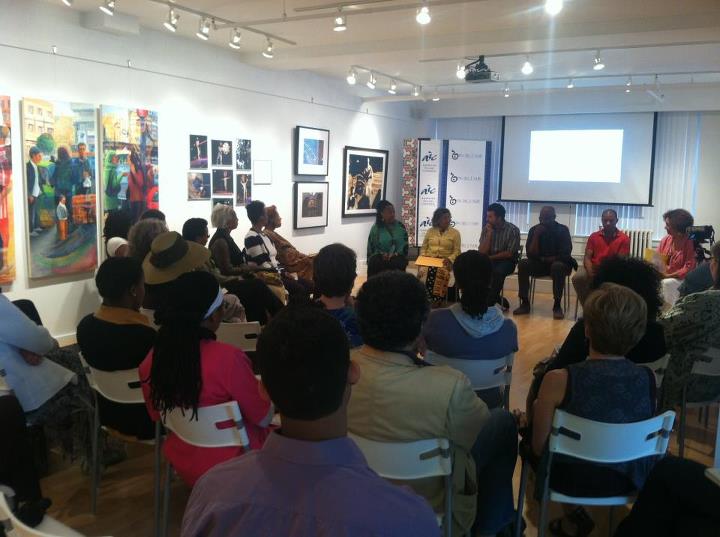 Which leads me to the next part of my internship responsibilities: planning the art exhibit. I have realized it takes a VERY long time, more than I expected, for long-term initiatives to even hit the ground. The big (and first) component of this initiative was the creation of a viable concept paper and executive summary that could then be converted into a Letter of Interest to send to fundraising targets. I went in thinking this paper would take a week to write; it took about 3 weeks, because so much had to be changed and approved, people had to be contacted, and prospecting done, and research conducted. For example, I want to counter stereotypes of Muslims in the US through art – so we had to find PEW or other research that shows that stereotypes of Muslims exist in the US. Very specific. Also, since a concept paper is a distillation of a larger mission and strategy, it is hard to translate it into 3 pages – we started with a great idea, but we didn’t have a clear mission or strategic focus on how it tied into our greater organizational goals. Being able to navigate and work on this project has been equally fulfilling and I am excited that it is moving forward. 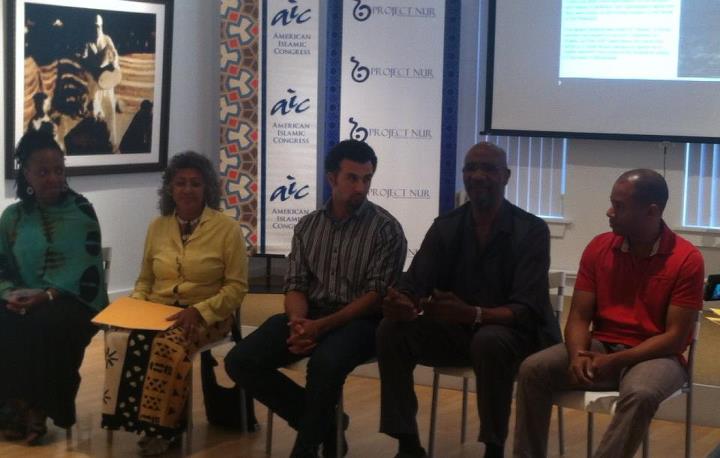 One of my very specific goals was to work at the intersection of culture and civil society, and see how economics and art work in tandem. I believe that by curating shows, and organizing initiatives for this cultural center and organization, and participating in funding prospecting is definitely in the intersection.  I am learning how the different systems work together to make a project successful. While art can be theoretical, it has to be translated to the funders into something practical and pragmatic for it to be able to go forward.

I have also created marketing plan, and am helping with long term initiatives for the arts programming in our space – working on creating a 2012 – 2013 arts and culture calender – which will allow us to be able to identify themes, apply for funding, create and market to target audiences, and also see what Muslim-Americans in the US want us to represent. The skills I am building through developing business plans, marketing plans, marketing materials, fundraising, and working with groups of people who have different strong ideas, being able to navigate a competitive and innovative sphere, and being successful makes me feel so much more positive about myself and my abilities!

I also proposed a series with AIC on programming highlight Minorities in the Muslim world – sexual, religious and ethnic, and to my great delight, they were very enthusiastic about it. So I will also start devoting some time to doing some initial concept planning and prospecting for that! We also have our Muslim holy month starting on July 20th – until the 19th of August and we will have four open to the community iftars (breaking the fast at 8pm) – one in partnership with American Jewish Committee, one South Asian, one Bosnian and one Interfaith, so it promises to be a very exciting and engaging next 4.5 weeks.

Until the next time we connect,

3 thoughts on “To be an American Muslim. Or Muslim in the United States”